Joe Grushecky was mad during the days leading up to the 2016 election, particularly at then-candidate Donald Trump. “I had a slow boil building up,” he told American Songwriter.

Not wanting to let the moment slip by, the Pittsburgh native put pen to paper and wrote “That’s What Makes Us Great,” a scorching political rocker released in early 2017, soon after the current President was inaugurated. Adding muscular firepower to the track is Grushecky’s longtime friend Bruce Springsteen, who shares lead vocals and delivers a passionate, gritty performance.

Given Springsteen’s higher profile status and name on the bill, many people assume “That’s What Makes Us A Great” is a Springsteen composition, or at the very least a co-write. The two musicians have collaborated many times over the past 30 years, including “Code Of Silence,” which won a Grammy in 2005 for Best Solo Rock Vocal Performance. The lyrics and music for “That’s What Makes Us Great,” though, are wholly Grushecky’s. “Bruce casts a long shadow,” Grushecky laughs.

Over a long 40-year recording career, Grushecky has received much critical acclaim, going all the way back to his 1980 release Have A Good Time (But Get Out Alive), recently re-released as an expanded edition.

But what many don’t know is the 72-year old musician leads a double life. Every day for the last 30-plus years, he wakes at the crack of dawn and heads to Pittsburgh’s inner city to teach emotionally challenged children, a difficult but rewarding job that requires compassion and a sympathetic temperament.

“When Trump made fun of the handicapped reporter that really set me off,” the blue-collar rocker said. “I’m a special needs teacher. I’ve worked in it my whole life. I had an uncle with cerebral palsy. One of my best friends growing up had a brother and sister who were handicapped.”

“I can’t see how anybody can defend the guy at this point. Why? I’m a schoolteacher. I would have been fired if I said half the shit that he’s said.”

“I live in Pittsburgh, so I never knew much about Trump except that he was a reality TV show host.  It’s like if my first job were as the president of a bank. I don’t know anything about banks. Or president of Microsoft. It didn’t feel right that somebody with zero public experience is given the highest job in the world.”

The original title of the song, Grushecky revealed, was “Love Conquers Hate,” a phrase Grushecky and Springsteen sing in the first line of the chorus:

It’s up to me and you/Love can conquer hate

“The meat of the song came very quickly,” he said. Grushecky revised the lyrics and changed the title to fall more in line with the song’s theme of highlighting the diversity of all people contributing to the betterment of the country.

They come from everywhere/ A longing to be free

They come to join us here/ From sea to shining sea

“By the time I sent it to Bruce, he didn’t make any suggestions on it like he sometimes does. But he jumped in with both feet.”

The tough power chords echo Pete Townshend’s guitar work on The Who’s “Won’t Get Fooled Again,” another pointed song with political commentary, written during the turbulent early 1970’s. “We wanted to make an impact with the music. The music had to hit hard. We were aiming for a Louisville Slugger home run.”

The recording of the song was done fairly quickly in Pittsburgh. “I think at that point Bruce had probably committed to singing on the song. I probably sent him a demo first, with just me and my acoustic guitar that I had done at home.”

The band tracked the song with Grushecky singing all the lyrics before sending it off to Springsteen, who recorded his vocals in his own studio in New Jersey. “He chose the lines he wanted to sing. I was happy because he sang more than I did. It was great and he was really into it. It had more impact. He has good judgment.”

With pointed lyrics, “Some wanna slam the door/Instead of opening the gate,” “Don’t tell me a lie and sell it as a fact” and “I never put my faith/ In a con man and his crooks,” the song makes no bones about how Grushecky feels Trump has both caused and exploited divisiveness in this country.

“It seems like we’re such a hate-filled country. The left hates the right and the right hates the left. Look what we’re going through right now with the pandemic. We can’t even agree upon wearing a mask. It’s terrible.”

Like Springsteen’s own “Born In The USA” and other misunderstood songs misappropriated as jingoistic punchlines, Grushecky maintains “That’s What Makes Us Great” isn’t an unpatriotic song. And as expected, he faced immediate backlash from those who disagreed with him. He also found great irony in being labelled as an out-of-touch millionaire.

“When it came out, I got trolled online. I was getting 400-500 tweets a day calling me Hollywood elite and other names. Hollywood elite! I’m getting up at 4:30 in the morning to be at work in the inner city by 6 am and they’re coming into my house and insulting me? They were trolling Bruce too and I was getting some of that flack. A few were shooting at me directly.”

“I had to try and get rid of them. I spent about 20 minutes trying to delete and I got about 50 done and they all disappeared! That told me they were all linked, they were all bots.”

The Houserockers performed the song live at many of their shows, receiving some backlash from fans but general approval from most of their audience. “We played it live quite a bit, before live music stopped, but we pulled back a bit on performing it. We felt people needed a break. But it’s getting down to the nitty gritty again. If we start playing again, we’ll be playing it all the time. It needs to be said. This is a time in our country where we have to choose sides.”

With the upcoming election, Grushecky has no qualms about voicing his given right to an opinion on what needs to be done to make America great again.

“It’s worse than I ever thought it would be. I can’t understand how anybody can vote for the guy after listening to him for ten minutes. Pick a speech. It’s horrifying. So many people sat out from voting last time. This is what you get. There’s a choice. Vote and vote intelligently!” 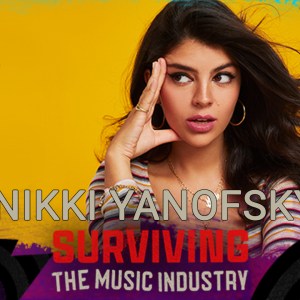 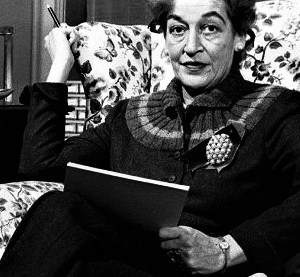