The Songwriters Hall of Fame has announced their inductees for 2010.

The 41st annual induction and awards dinner will happen June 17 at the Marriott Marquis Hotel in New York City. Want to go? Make sure you’ve got your finances in order: ticket prices for the event start at $1,000 dollars (proceeds benefit the Songwriters Hall of Fame).

“Our 2010 inductees are truly representational of the heart and soul of the world’s Popular Music soundtrack,” says Chairman/CEO Hal David. “We are looking forward to another memorable evening where we honor their extraordinary accomplishments.”

Leonard Cohen received the Grammy 2010 Lifetime Achievement Award in honor of his legendary career of artistic accomplishments in songwriting and performing. Over 2,000 covers of Cohen’s songs have been recorded by artists such as R.E.M., Bob Dylan, Elton John, Judy Collins, Willie Nelson and most recently, Justin Timberlake’s rendition of “Hallelujah” that appeared on Cohen’s 1984 Various Positions album. Cohen always had an interest in music, but it wasn’t until 1966 that his focus turned to songwriting after gaining international recognition for his poetry. Before he released a single song, Cohen sold the highly successful “Suzanne” to Judy Collins which later was included on his debut album, The Songs of Leonard Cohen in 1967 along with “Sisters of Mercy,” and “So Long, Marianne.” His next two albums, Songs from a Room and Songs of Love and Hate solidified Cohen’s iconic status with “Bird on a Wire” and “Famous Blue Raincoat.” His multidimensional lyrics have captured fans spanning generations and nationalities for decades. He was inducted into the Canadian Songwriters Hall of Fame (2006) and the Rock and Roll Hall of Fame (2008) for his outstanding work. Cohen’s world tour, which inaugurated in May 2008, is still playing to sold-out crowds.

Singer-songwriter Jackie DeShannon is best known as the soulful voice behind two of the 1960s most enduring, era-defining anthems – Burt Bacharach & Hal David’s “What The World Needs Now Is Love” and DeShannon’s own “Put A Little Love In Your Heart.” Her songs have been performed by such artists as Al Green, Annie Lennox, Van Morrison, Brenda Lee, The Carpenters, The Temptations, Marianne Faithfull, The Searchers, Ella Fitzgerald and Bruce Springsteen. In the early 1960s, Jackie partnered with Sharon Sheeley on dozens of songs (“Dum Dum,” “The Great Imposter,” “Breakaway,” “You Won’t Forget Me”). Collaborations followed with Randy Newman, Jack Nitzsche, Jimmy Page and John Bettis. In 1964, Jackie toured as an opening act for the Beatles. Writing solo, she composed the hits “When You Walk In The Room” and “Come And Stay With Me.” She earned a million-seller in 1969 with “Put A Little Love In Your Heart,” written with Randy Myers and Jimmy Holiday. DeShannon won a Grammy for Song of the Year in 1982 for “Bette Davis Eyes” with writing partner Donna Weiss.

To say that everything David Foster touches turns to gold—and usually platinum—would be an understatement. This stunningly talented songwriter is a 15-time Grammy Award winner with an unprecedented 46 nominations, a recipient of seven Juno Awards, an Emmy Award in 2004 and a three-time Oscar nominee, all over the course of four extraordinarily successful decades. Foster’s career path soared in the 1980’s as he produced and wrote an extraordinary lineup of No. 1 singles, including Chicago’s “Hard To Say I’m Sorry,” Peter Cetera’s “The Glory of Love,” and John Parr’s “Man in Motion” (St. Elmo’s Fire soundtrack). In 2007 he was inducted into the Canadian Music Hall of Fame. Foster has worked with the biggest and best talents in the music industry, including Celine Dion, Josh Groban, Andrea Bocelli, Barbra Streisand, Michael Buble’, Seal, Earth, Wind & Fire, Madonna, Michael Jackson, Whitney Houston and many more. Iconic songs in the Foster catalog include “After The Love Is Gone,” “I Have Nothing,” “Look What You’ve Done To Me,” “The Prayer” and “You’re The Inspiration.” Foster recently produced two top ten albums on the Billboard Top 200 Chart – Michael Buble’ (“Crazy Love”) and Andrea Bocelli (“My Christmas).

Johnny Mandel, the five-time Grammy recipient and Oscar and Emmy Award winner is a composer, arranger, instrumentalist and record producer living a life totally steeped in musical achievement. As a teenager, Mandel was a member of Joe Venuti’s orchestra, followed by employment as a player and/or arranger in bands led by Henry Jerome, Buddy Rich, Jimmy Dorsey, Woody Herman and Artie Shaw. In the late 1940s and early 50s, Mandel was an arranger and composer for radio and the new medium of TV. At the same time, he played trombone and wrote arrangements for the Count Basie Orchestra. The West Coast recording scene beckoned Johnny in 1954 where he began arranging sessions for stars like Frank Sinatra, Peggy Lee, Mel Tormé, Jo Stafford, Tony Bennett, Chet Baker and Andy Williams. Hollywood film assignments began coming in for Mandel as well, beginning with the all-Jazz score he composed for I Want to Live in 1958. Many Mandel film scores have followed, among them The Americanization of Emily, The Sandpiper, M*A*S*H*, Being There and The Russians Are Coming, The Russians Are Coming. Mandel-composed standards include “The Shadow of Your Smile,” “Emily,” “Where Do You Start?” and “Close Enough for Love.” In recent years, Mandel’s career has continued to flourish as he has remained busy producing and arranging recordings for Natalie Cole, Diana Krall and, most recently, for Barbra Streisand and Willie Nelson, among many others.

Earth, Wind & Fire is one of the most innovative and commercially invincible contemporary Pop / R&B music forces of the 20th century. Members Maurice White, Philip Bailey, Verdine White, Larry Dunn and Al McKay are known for their signature sound of fusing Pop, R&B, Rock, Latin, Funk, Jazz and African Music to win numerous awards. Earth, Wind & Fire has received 20 Grammy nominations; winning six as a group and its founding members, Maurice White and Philip Bailey, winning two awards each. The band was also awarded the National Academy of Recording Arts & Sciences Signature Governor’s Award. Earth, Wind & Fire have earned more than 50 Gold and Platinum albums and have sold over 90 million albums worldwide. They have been inducted into the Rock & Roll Hall of Fame (2000) and received a star on the Hollywood Walk of Fame (1995). The music industry and fans have bestowed Lifetime Achievement honors from ASCAP (Rhythm & Soul Heritage Award – 2002), NAACP (Hall of Fame – 1994) and the BET Awards (Life Time Achievement Award 2002). Two Earth, Wind & Fire classic songs have been inducted into the Grammy Hall of Fame: “That’s The Way of The World” (2004) and “Shining Star” (2007). Earth, Wind & Fire have 12 American Music Awards nominations and four awards. The band is also known as having been the first African-American performers to sell out Madison Square Garden and to receive the MSG Gold Ticket Award. President Obama invited the band to perform at the White House for the first social event of the new administration. Through the decades their songs have been covered by recording artists such as Jerry Garcia Band, D’Angelo, Patti LaBelle, Chaka Khan and many others.

About The Songwriters Hall of Fame:

Full biographies and a complete list of inductees are available at the Songwriters Hall of Fame’s Virtual Museum at http://songwritershalloffame.org/.

The mission of the Songwriters Hall of Fame is to remember and honor our great songwriters while building our musical future through workshops, showcases and scholarships, along with giving members the opportunity to vote for the next slate of inductees. Joining online is quick and easy: http://songhall.org/join 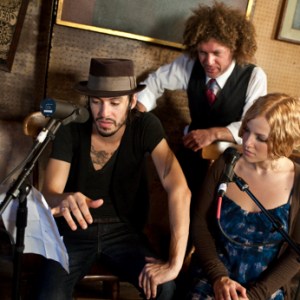