Eyedress is Idris Vicuña. But there’s no need to mentally reframe how one is said over the other, as the way each is pronounced remains one in the same.

“Yeah, it’s a pun,” Vicuña affirms at the very beginning of an early morning call from his home is Los Angeles, CA

A songwriter and active artist with sonic leanings that at different moments venture into psychedelic indie, noise pop, rap, and shoegaze, it’s understandable if Eyedress’s music initially seems, at the very least, hard to pin down or, at most, stylistically scattered. Nonetheless, don’t take the musical variety as a sign of indecision on Vicuña’s part. In truth, the density of musical traits built into Eyedress’s songwriting is largely a result and a reflection of Vicuña’s very travel-filled upbringing. Having spent periods of his life alternating time between living in the Philippines; Phoenix, AZ; Orange County, CA; and Los Angeles, CA, Vicuña finds that his music is one of the biggest displays of what and who he’s been influenced and shaped by – musically, emotionally, and culturally.

“I was always just grateful because I knew like, my dad moved [to the U.S.] just so that we can have a better life,” Vicuña explains.

“And, yeah, I just, I’ve always felt lucky,” he continues. “My parents moved me [to California] when I was like, 12 or 13, from Phoenix. And Phoenix was also like really tough. I didn’t realize that until I got older but like, I grew up in the ghetto in Phoenix and like, that’s why like there were a lot of gangs. But (anyway,) I think just traveling and like moving around, gave me a good perspective,” says Vicuña.

“When I lived in Phoenix, it wasn’t bad but you know I did like experience a lot of traumatic stuff and it kind of like came out much later on in my life and when I moved to California it was much nicer,” he says. “And then like, moving back to the Philippines just made me more cultured in the sense because, if I had lived in the Philippines all my life I wouldn’t have like been able to take in all this culture that I grew up on, like skateboarding, punk rock, and, you know, rap. All those childhoods made me who I am and that’s why like my music is kind of like all over the place – (because) I’ve lived in like so many different places.”

Throughout the time Vicuña lived in a few different cities around the western U.S., one might believe that him being used to moving would make it easier to really focus on making music and carving out a career, without as many setbacks from an added culture shock of relocating or encountering new people. That aside from the typical stresses of moving, Eyedress could hone in on what kind of music he liked or what kind of stories he wanted to tell in his songs. However, even the early stages of  Vicuña’s relationship with music were fraught with uncertainty. Something as commonplace as joining a garage band came with a delicate caveat led to Vicuña learning how to adapt and going with the flow in order to make the most of an opportunity and move ahead.

“I remember when I lived in Orange County, I wanted to join like a punk band. Like, I saw these kids at the movies where we (all) used to hang out and I remember, they asked me like if I wanted to play bass because they kicked their bassist out (of the band). And I was like, ‘Hell yeah!,’ (but) I lied because they’re like, ‘Do you know how to play bass?’ (and I said,) ‘Yeah,’ (even though I didn’t,)”  Vicuña says.

“Eventually I told my dad (that) these guys want(ed) me to join their band (and) I said, ‘I don’t have a bass.’ So then my dad like saved up and I got me a bass at like at the end of the week. Just like one of those beginner basses. But like, I remember like that was like a big moment for me cause that was like the first band I ever played (with). It was called like the Liberal Underground. And like, they were like a crest punk, like anarcho-punk band. And I didn’t even know what they were talking about at the time. Like, we had songs (saying) like, ‘Patriotism is McCarthyism.’ Like, I didn’t know what that meant growing up. But I guess I do now.’

It’s somewhat of an amusing coincidence that one of Vicuña’s first collaborative music experiences ended up being a band with some political, governmental themes built into their music because from there, the logical conclusion for Eyedress as a long term career endeavor based in the U.S., would be to get an artist visa. And there’s no denying the intricate process that comes with pursuing one for the U.S.

“I have like a Filipino passport and that’s like one of the most like useless has ones you could have because I’d have to like go through so much stuff just to get a visa (for another country) to go play shows anyway,” Vicuña explains.

“Like, early in my career when I was like going to Europe, it was like really tough for me to like get visas. Sometimes I got denied and I’d have to cancel shows because I’d have to get two visas like there was one in the UK, and then there was one for Europe. So, being able to get a visa in America was like, probably like the ultimate––I don’t know––that was the best thing to happen to m. (I remember) my first boss told me, ‘You know, if you, if you want to get an (artist) visa in America, you need like five years worth the press.’ so, I was stacking press for years just to even be able to either be worthy of getting the visa I have now, so that that one was like really crazy (and) that was a big challenge.” says Vicuña says.

Given how much work and emotional elbow grease that had to go into solidifying Eyedress as what Vicuña nurtures to support himself and his family, really diving into the actual act of making songs sounds like it should be the easy part for Vicuña. This is true to some extent but, as far as the compositional process itself in concerned, while Vicuña doesn’t constrain himself to a strict formula or process, that doesn’t mean the song topics themselves come without need for some inner strength as well.

“I don’t really know how to talk about my problems so, they just eventually, when I can’t take it anymore, they just come out. I don’t really force it you know? It just has to come out, or else like I’m gonna be stressed,” Vicuña says.

“I usually make music first, and then I sit on the music. And then, when I’m going through something (in my life,) I’ll pick through it with the music and just––I don’t really write lyrics. I just record. I just like record myself singing for a couple hours. There’s no––it’s not like a deep process,” he says. “It’s just like, I kind of bottle up everything.”

Though it’s not always an easy or even deeply embraced idea for artists to divulge deeply personal struggles, the tradeoff in Vicuña’s case is knowing that writing out tough experiences and emotions as songs leads to mental respite for himself.

“You know, when I think about it afterwards, I’m like, ‘Gosh this is embarrassing,’ but, at least like, (I) know it’s become a song and I can move forward. Like, once I make (an experience or feeling) into a song, then it kind of helps me like let go of those emotions because I can look back on it and reassess how I was acting and ways I can improve. And music’s just kind of like a healing helpful thing for me as a person.”

True to form, music – whether as Eyedress, a member of another band, or just as Idris Vicuña hanging alone at home – has definitely been a constant fixture in Vicuña’s multi-year long journey as an immigrant, musician, and an individual looking to making his way in the world. While Vicuña has since settled down, started a family, and finally connected with some enduring stability – the central theme of Eyedress’s latest album Let’s Skip to the Wedding – the album’s completion doesn’t equate to a sense of finality with the challenges that preceded this milestone. For Vicuña, it’s an ongoing process of appreciating what one has when the times are good, recognizing that there will always something challenging to work through in life, and connecting with good music to help overcome and make one’s way through those times.”

“I want my music to be positive. I want it to be like, an escape from like all the sh–t we’ve got to go through. Because like, that’s what my music was for me. Like, it would be like a few hours of (me) thinking, ‘Oh man, maybe the song is gonna take me like out of this place.’ And you know, crazily enough all my songs did,” he says.

“I started out in my house, just in my room alone,” Vicuña continues. “And my best friend was like, ‘You should make music your job and (play) shows.’ And then I did. And I just feel like my music can take people to places or help them believe like they can overcome something really difficult because, in my life, that’s what it’s helped me with. Like, (my) last album brought me (to the U.S.) and this new one, (though) I don’t know where it’s gonna bring me, I’m just happy I’m still able to make music and I hope like it makes people happy when they listen to it, even if some of the songs are sad. Just so they’re not alone.”

Let’s Skip to the Wedding is available via Lex Records.

A 7” picture disc of the album single “Jealous” is out now exclusively through Lex Records and Eyedress’s online store. 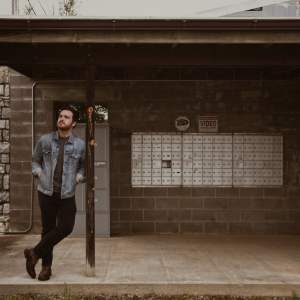 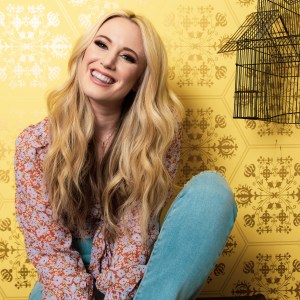