When Kelsey Lamb first heard “Say It Again” during a writer’s round more than two years ago, it immediately struck a chord. “I was just like, ‘oh my gosh, that is the cutest song I’ve ever heard,’ and I wish I’d written it,” says Lamb. “I thought that I could probably go write a song like that, but it wouldn’t be the same. I just loved the way that it popped and the story that it told, and I was kind of newly into my relationship at the time, so it just made me feel all the right things at the right time.”

Eventually, she knew she wanted to do something with the track, written by Joe Tounge, Lydia Dall, and Morgan Johnston, and as she was piecing together her debut EP in 2019, “Say It Again” finally had its place. “This is my first song to cut that I didn’t write,” says Lamb, who has written all of her previous singles, “so it is kind of strange for me.”

Recently picking up a Best Female Vocalist award from the Arkansas Music Association, the Little Rock native has already planted deep roots in Nashville, just four years after moving. Earlier this year, Lamb re-emerged with new music, releasing the slower crooned “Where Do You Go,” written along with Alex Dooley and Emily Rose, and “Talk to Me,” co-written with Taylor Goyette and Josh Hogue. In between it all, Lamb has also dabbled in acting, starring in the Lifetime Original Movie “Bad Stepmother,” with placement of her song “Warning Sign” in the film, and additional roles in Hallmark’s “Traces” and “Christmas in Homestead.”

Debuting with 2018 single “Little By Little,” co-written by Erik Dinardo and Jesse Labelle, Lamb started writing the track just as she was diving into a new relationship in Nashville, while reflecting on a previous one that wasn’t meant to be.

“I really wanted to tell the story of heartbreak, because before I moved to Nashville, I had my heart broken really bad, and I had never written a song until I moved here,” says Lamb of the track. “When I moved here, it was like my outlet to just let that out, and I never released any of it or told that story, so I really needed to get it out.”

For Lamb, music has always been the best therapy, specifically while working through heartache. In 2019, Lamb’s follow-up single “Girl at a Bar” was another coping mechanism. Moving through all her ups and downs in love, new single “Say It Again” is more upbeat story clearing any doubts or other complexities that can often surround love. After all, saying the right thing (i.e. “I love you”) and meaning it, goes a long way.

“Music was just my way of coping with heartbreak,” says Lamb. “With ‘Talk to Me,’ it was me diving back into relationships, while ‘Where Do You Go’ is actually about my current relationship. I wanted to present love as something real, and show that it’s not always butterflies.”

When writing, Lamb doesn’t play an instrument, so everything is based sound and story—and even color. The artist admits she often sees music in colors. When she thinks of “Little By Little,” she sees pink, while the sexier “Talk to Me,” is a track surrounded by darker hues.

“When I come into a writing session, I usually bring a title or a story,” says Lamb. “I have gotten a lot more comfortable writing by myself. I get inspired by the past, mostly, not by what’s going on in the moment, but that’s the zone I’m in right now. I think sometimes you have to step away from the situation to honestly feel it, so that’s what I do when it comes to writing.

Revisiting her debut, which was originally set to release last year and is now scheduled for late 2020 or early 2021, Lamb says she has written plenty of new songs, but also wanted to include a newer version of “Little By Little” on the EP.

“I feel like I’ve really like dug into my Avril Lavigne phase of life again, which I love doing, because I feel like I grew up listening to Avril, plus country,” laughs Lamb. “That’s where I dive in when it comes to songwriting.”

Lamb adds, “I don’t want to get stuck doing one thing. I feel like I’ve evolved a lot, especially as a new songwriter. I’ve gotten the chance to write with so many different people and become friends with a lot of people that I feel like I’ve really fallen into myself a little bit more.” 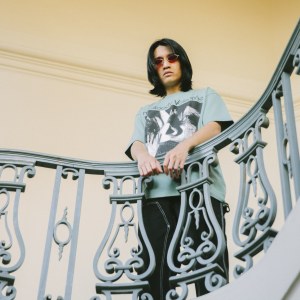 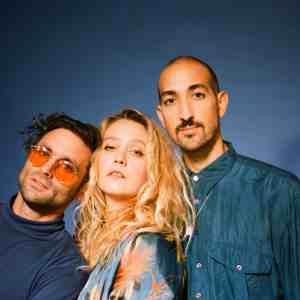