Lili Haydn is an artist who’s outspoken about how she sees the world. But having survived contracting COVID-19 in July 2020, she’s holding back even less in sharing how she feels with her fans. Following the release of her single, “Sayonara” in January, the violin virtuoso is encouraging “More Love’”with her latest song.

More love, more light, Darkness don’t stand a chance against us, she sings in the black and white music video for the track, which features old photographs of mask-wearers around the time of the Spanish flu. As a survivor of COVID-19, Haydn channels her gratitude for life as the song builds to an emotional crescendo.

Haydn’s previous album, Lililand, captured a lot of what was going on in her personal life and how she was processing it. Her soon-to-be-released new album, also titled More Love, follows on in the sense that it’s an expression, she says, of her musical and philosophical voice at this time. Having spent the past several years scoring films and TV shows, Haydn’s developed a greater appreciation of space in music and creating a world with sound, which she’s put to use on the new album.

“I love the spaciousness and soaring of some of these songs, and would not have been able to write them without being steeped in film music,” she says. “Philosophically, I am speaking to what I feel is a crossroads for humanity wherein we must choose between love and fear. The album is called More Love because I believe there is no issue or problem for which more love and understanding is not the answer.”

Having recorded six albums before, Haydn, daughter of comedian Lotus Weinstock—the first woman to perform at the Comedy Store—has played stages around the world, alongside a host of artists including Herbie Hancock and Roger Waters, from Carnegie Hall to the Vienna State Opera. But it’s within the realm of coming home that she found inspiration for the album.

Recovering from Covid brought her back to the simplicity of breath. “There were a few nights where I couldn’t breathe,” she says, and that led her to creating the titular song, “More Love.” “Both personally and planetary, I see this period as a cosmic reset button, forcing us to recognize our interconnectedness and pay attention to our breath, which is the centerpiece of mindfulness practices. So in a sense this album is both personal and macrocosmic.”

Haydn also released the single, “Sayonara,” in the wake of President Joe Biden’s presidency—a bidding adieu to all that has been before. “I’ve been a lifelong activist, following in my mom‘s footsteps and in the last four years, and long before that, I found myself saying ‘enough is enough’ over and over,” she says. “Every time I saw man’s capacity to be cruel and destructive, my soul-cry to stop the cycle of hatred and war and domination became more and more powerful and organically found its way into song.”

Releasing the track, with its sayonara to the drama chorus, just before Biden’s inauguration, felt cathartic for Haydn, with its hope for “a new era of inclusiveness, kindness, and remediation for the planet.”

The album also showcases Haydn’s ethos that are no limits when it comes to working on her solo music. “I get to explore the full range of emotion and production without boundaries,” she says. “If I want to play my violin through distortion and wah wah and juxtapose my Kate Bush sensibilities with my Massive Attack sensibilities, which is really fun and satisfying.” It feeds into her work with Opium Moon, the group she earned a Grammy with for best New Age Album in 2019, after releasing its self-titled debut.

“Each project allows me to be better at the other,” she says. “We’ve been called ‘world music from another world.’” Opium Moon, which she formed with her friends Hamid Saeidi (Hammered dulcimer from Iran), MB Gordy (percussion from U.S.), and her husband Itai Disraeli (on bass from Israel), will be releasing a series of EPs late this year.

In the meantime, aside from her solo album, Haydn’s music can be heard on three different scores of current TV and film projects, Strip Down, Rise Up, Ruth and Ginny and Georgia. “I grew up acting and performing with my mom on stage, as well as accompanying other artists on their music, so interacting with characters and dialogue in TV and film is very natural to me,” she says.

Haydn likes to think of dialogue as the lead singer. “So just as I responded differently to Herbie Hancock than I did Roger Waters or Opium Moon, the quirky pop sensibility of Ginny and Georgia inspires something different than the intensity of Ruth: Justice Ginsberg in Her Own Words. For all the films I’ve scored, I listen to the words, emotion and subtext, and of course the director to do my best to support their vision. Really, it’s about surrendering to the muse which manifests itself in anyway you allow it to.”

Whatever form it takes, Haydn lets it find her. 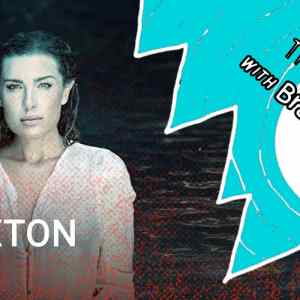 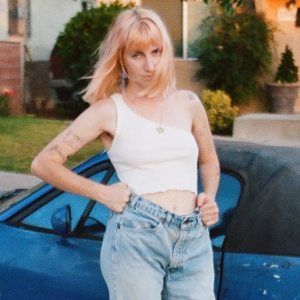