Lilly Winwood chronicles her 25 years of life with wisdom most could only garner from an entire lifetime. Her full-length debut album, Time Well Spent, elevates the young artist to new sonic heights, while maintaining a steadfast emphasis on her lyrical delivery.

Returning to Nashville—where she spent her childhood summers—from Gloucestershire, England, the young artist has found her footing. The relocated Brit and daughter of classic rock legend Steve Winwood managed to land in a truly authentic Americana soundscape. Her vocals balance a chord between country and folk-rock. The robust sound is reminiscent of angst native to the ’90s, yet not as clearly defined from song-to-song.

To celebrate the record, due out January 29, Winwood shares an acoustic video for her previously released single, “Few More Records.” She wrote the song a few years back while stuck in small- town Alabama during an ice storm.

“I couldn’t get home, and I was so burnt out,” she recalls. “It’s about not losing focus while you have a job to do.”

Originally shared as a single in October 2020, Winwood stripped down this song and a few others to shed light on her storytelling.

“The videos give the audience another chance to listen to the lyrics and understand the true meaning of the songs,” explains Winwood. “I really focused on the songwriting for this record and didn’t want that to get washed away by the production.”

Time Well Spent follows her 2017 debut EP, Silver Stage. Much like her father’s work, this project offered an English take on traditional American roots music. Produced by Alex Munoz and Allan Thompson at High Cotton Recording Studio, the album cuts to the very core of Winwood’s artistic intentions. The production inventories a spanning collection of studio instrumentation, yet has a simplistic Americana style that allows her storytelling to shine.

“I did a fair amount of exploration here, but I like to stay rootsy,” she explains. “I think Americana is right. But, the one thing I care more about is the way my lyrics are delivered. At the end of the day, as long as these words are delivered in a way that showcases them, that’s all that matters to me.”

Wrapping up this project as an indie artist in 2020 was a process Winwood describes as “long-winded.” The record had been completed since the summer of 2019, and the songs needed to be shared.

“Being new to the scene and being independent, there are a lot of directions you think you should take,” adds Winwood. “Meeting after meeting, it made the most sense just to get it out. If anything, 2020 brought the no rules thing for music and helped me push it out there.”

Time Well Spent marks a pivotal moment both personally and professionally. Winwood perceives a coming-of-age theme that threads throughout the 11-track collection. She describes this as “stepping out of an adolescent body and mindset, and growing up.”

“You’ll Know Where To Find Me” etches out her personal growth, detailing the telltale signs of this evolution. Winwood recounts the big nights in the big city wistfully from her couch. She has retired from the merciless cycle of endless nights and is facing newfound maturity at home. Though it was written pre-pandemic, the message resonates with many, who have no other choice.

“Nameless” grapples with identity. Winwood balances the weight of carrying a name like hers, made larger-than-life by her famous father. The song detaches from all of that, focusing on the idea that her family is just her family. Fearing it may hide away as a “vanilla track” toward the end, the artist interrupts the messaging with a brassy nod to her father’s work. Saxophone steps in to bring attention back to the message that regardless of their name, Winwood’s family is of the utmost importance to her heart.

Heartbreak hangs from any good coming-of-age story. Placed in the center of the record, “Indiana” hits close to home. Guitar guides the narrative here, bringing this heart-wrenching tale to life for the listener.

“It’s the same old sad story about being in a depressive rut,” says Winwood. “And all you need to do is put your shoes on, walk out the door, and put a smile on your face. I would go to Indiana on the weekends and have long nights of self-deprecating behavior, almost to feel close to this person I was suffering heartbreak from.”

“One Big Sky” binds these motifs. Penned when she was only 20 years old, the song encapsulates the entire album thematically. The lyrics discuss defeat, rebellion, and growth.

“My poor band,” she laughs, “I’ve made them play this song over-and-over, a million different ways. I wanted it to be a storybook. It starts as me being this kid, running away from home, and letting the road take me wherever I want to. As much as I want that freedom, I’ve realized more as I’ve grown up.” 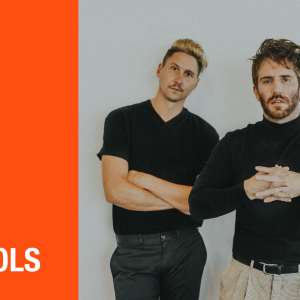 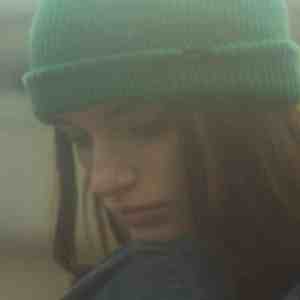