Devin Sinha makes music that could only come from an artist with a unique depth and distinction. Given those qualities, it’s no surprise that this latest ambitious opus, Liminal Space, finds this Seattle-based singer and songwriter taking that personal perspective several steps further by exploring sounds that soar with aural intrigue as well as exceptional introspection. Conveyed through a sweeping symphonic milieu, it can seem deceptively simple at times but also decidedly dense and deliberate at others. It’s an approach Sinha’s hinted at in previous works, but here especially, his vibrant textures and rich aural imagery create a tangled tapestry that’s both elusive and alluring all at the same time.

“I find so many artists inspire me and challenge me to elevate my songwriting,” Sinha tells us. “From a lyricism perspective, there are, of course, great singer/songwriters like Bob Dylan and Nick Drake who have influenced me and so many others. Looking at more contemporary artists, I draw a lot of inspiration from Dave Matthews and how he seems to effortlessly blend fascinating guitar progressions with his lyrics. I love how Colin Meloy of The Decemberists is great at telling narratives through his songs, often bringing a bit of outmoded words and themes to a modern audience. I’ve listened to Josh Ritter for a while and seen him perform, and I always come away from his works feeling more inspired. He seems to be so in his element performing his songs and truly happy sharing his art. I also draw a lot of inspiration from Sufjan Stevens and his ability to move between genres, producing the art that matters to him regardless of what box his previous work was in. As lyrics and guitar are my primary instruments, it may be no surprise to hear that Sam Beam of Iron & Wine or John Darnielle (of The Mountain Goat) are also strong influences to me. More recently I’ve been listening to a lot of Brandi Carlile, Jesca Hoop, Matthew and The Atlas, and Nathaniel Rateliff.”

Those influences aside, it’s clear that Sinha paints from his own palette. The teeming imagery of opening track “Lighthouse” sets the tone, but all throughout this vibrant set of songs, Sinha captures a distinct sense of drama and delicacy as a result of his complex and compelling arrangements. They mesh through a creative collision of orchestration and instrumentation that veers from captivating keyboard flourishes to banjo, brass, violin, acoustic guitars and all manner of other accoutrements that add to that symphonic sweep. Songs such as “If You Can,” “Come Back to the Living” and “Alone, At Last” allow for that further fascination. Likewise, the tempos rise and fall, from the decided delicacy of the softly strummed ballad “Greatest Fear” to the good-natured ramble of “Carry Me” as well as the upbeat inflection found in the bluegrass-flavored title track.

“I’ve worked on my own ability to hear the spaces in the music where other instruments could fit, and then think about the broader arrangements, harmonies, and production,” Sinha says. “With this album, I think a lot of the growth has been on the arranging and composing side. Rather than focusing primarily on my main rhythm string instruments, I also wrote parts on this album for trumpet, trombone, cello, bass, piano, and more. With each album, I always hope the writing continues to improve while remaining authentic, and I hope that the listener can feel connected to the music in each of my records.”

Still, Liminal Space isn’t a work that’s easily defined. It’s a conceptual piece that Sinha says refers to a transition between two states – a space between what was and what’s coming next.

“I really like that concept of being able to pause and reflect once you’ve closed one chapter, but not started writing another,” he maintains. “I have always tried to relate my album titles to the songs contained within them. I didn’t set out working on these songs to all fit this theme or title, but after collecting the works that would become Liminal Space,and looking at them as a whole, I noticed a theme that related to either closing past chapters or looking forward to the possibilities of what might come, and then the term fit into place. A lot of the songs have narrators who may be standing on this precipice of leaving their old life but hopefully finding redemption in the unknown future before them. Finding the right album title was actually a relief, as I had gone through much of the writing process without knowing what I was going to call this collection of songs. It was causing me a bit of anxiety. When I found the right title, everything just settled into place.”

Of course, releasing the album in such an uncertain time was bound to have a residual effect as well. “It feels like a liminal space,” Sinha muses. “When you’re writing and recording, the music belongs to you. When it’s sent into the world, my own notion of what the songs are, or why the album feels valuable to me, disappears as the public experiences it through their own lenses. Being on the cusp of the album release feels like that breath before jumping in the deep end.”

That sense of transition and evolving through a steady trajectory also finds a certain symmetry with Sinha’s own journey thus far. He grew up in the Midwest, where music always seemed to surround him, and the lure of those different designs helped instill his need for creating his own decidedly descriptive aura. “My first steps forward came from watching my father write and create home recordings of his original songs as I was growing up,” he recalls. “While he didn’t play out much, he and his friends would record music in our basement onto cassettes, and I got to hear the songs on many of our frequent road trips. I began writing for myself a bit more in creative writing classes in high school, and in university, shifted from writing the occasional poetry to creating lyrics and songs, mostly for myself as a hobby and for stress relief during school. When I moved to Washington in 2012, I didn’t know anybody in the Pacific Northwest. After a few months of getting my bearings, the extrovert in me was quite lonely, so I decided to seek out some open mic nights to try meeting new people. I performed covers at first, but eventually started playing a few songs I’d written. I got positive early feedback, which inspired me to write more and learn the basics of recording. I eventually put out a very low-fi, home recorded work called The Albatross, and that was my first step into learning how to write, record, and publish music. While it was quite rough and raw, I received enough feedback from it that I decided to get my small band together and try to make more professional recordings, and each album has slowly built upon the next while I simultaneously performed more and more live shows across the Northwest.”

With Sinha’s fourth formal album to date and his fifth overall, his insight and expertise have grown exponentially. “My bandmates and I have had the privilege to play at some of the best venues in our home-base of Seattle,” he explains. “It feels like a journey, but it’s a great feeling to step back and see where it started and where I’ve come so far. I think some of our most memorable accomplishments, besides the albums and wonderful music videos we’ve gotten to create so far, would be performing on stages where I’ve seen some of my favorite artists. There are so many incredible independent artists across the country making fantastic music, and the friendships and collaborations I’ve been able to make will always stay with me.”

Still, it’s clear that Sinha has made it a point to continually progress on his own. There’s a clarity in his conviction and an obvious emphasis on evolving, both as an artist and as an astute individual.

“With each album, I try to grow as a musician, songwriter, and producer or arranger,” he insists. With my first home-recorded album and then my first studio album, a lot of growth came from finding my voice and being able to work on focusing ideas into the right set of words and melodies. Looking back, I see a lot of blemishes, but there’s so much that I’m proud of as well.” 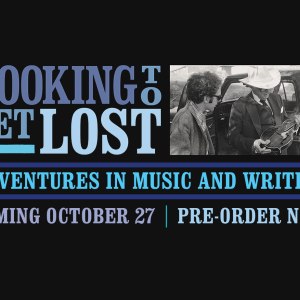