In her career-altering, masterpiece of an album titled heart theory, Lindsay Ell opens a lyrical door to her somewhat battered soul…and she makes it sound beautiful.

But it wasn’t easy.

It was, instead, a turning point.

Because exactly halfway into a three-year battle to put her journey from heartbreak to acceptance into verses and chorus’s courtesy of her sophomore album, the Calgary native made a crucial decision.

She decided to get more real than ever before.

“I realized I was writing about my process of getting over heartbreak,” Ell tells American Songwriter about heart theory, which is set for release August 14. “I wasn’t writing specifically about one specific heartbreak, but any heartbreak I have gone through in my life. I think that we process different relationships at different times and we go deeper as we get older. (Pauses) I’m just processing a lot of things right now and finding a deeper sense of myself.”

In short, the 31-year-old music aficionado, who has spent a career somewhat hiding behind the comfort of her guitar, was ready to tell her story within twelve songs that just happened to follow the seven stages of grief – shock, denial, anger, bargaining, depression, testing and acceptance.

“Writing becomes more relatable when you can be honest and tell people what you went through,” she says. “If I’m not honest about my feelings and how things happened, I’m not ever showing people the real me.”

Of course, the road to honesty can be a painful one. But at the same time, honesty can take a rising artist into legendary territory. And that’s just what Ell has done on heart theory.

“When you can look yourself in the mirror and accept yourself for everything that you are, it is then when you can turn all of those scars into good things, especially as a songwriter,” Ell says quietly.

Perhaps one of Ell’s biggest and most painful scars, and the one she hid most closely until last month, was the fact that Ell was raped, both at the age of 13 and then again at the age of 21. But, in keeping with her promise to lead with her truth, Ell used that experience to co-write the song “make you,” which is the first time she publicly addresses being a survivor of sexual violence.

“I had tried to write this song many times before, but it was always so dark and so heavy and I would just never finish it,” recalls Ell, who co-wrote 11 of the songs on heart theory.

So, she enlisted the help of GRAMMY nominated singer-songwriter Brandy Clark, who Ell says served as a safety net of sorts in the writing room.

“I have always looked up to her for being so fearless,” says Ell, who recently launched her charitable fund Make You Movement, which will help all those dealing with the after affects of sexual assault.  “She writes about difficult topics and does it so eloquently. We got in the room and finished “make you” in a couple of hours. She is a lyrical genius.”

Conversely, she also worked with Clark on the happier-sounding tune “how good”. She co-wrote “wAnt me back” with writers Matt McGinn, Lindsay Rimes and country star Kane Brown. And “Hits me” marks the first time she has written alongside Florida Georgia Line’s Tyler Hubbard.

“It’s always cool to see the songwriter behind the artist,” she says. “It gives you a whole new respect for what they do.”

When all is said and done, Ell says she wants the music on heart theory to make a difference.

“I really want this music to be a comfort to people anytime they are going through moments of transformation, from heartbreak to losing a job to moving across the country,” explains Ell, who is currently nominated for two 2020 ACM awards – New Female Artist of the Year & Vocal Event of the Year. “We all go through moments of transformation constantly in our lives for different reasons. This just happens to be my journey, and maybe someone else’s too.”

Granted, its a journey that sounds different now in light of the continued upheaval that the world seems to be going through with each passing day.

“’i don’t lovE you,’ for example, was originally a love song, but with a global pandemic and a racial crisis and a revolution in our world, that song takes on a whole new light,” Ell explains. “U feel songs in different ways as they get older and grow up. That is truly the amazing thing about music.”

The conclusion of heart theory leaves Ell and her listeners at a place of acceptance within the song “ReadY to love,” a song Ell co-wrote alongside Jessie Jo Dillon, Matt McGinn, and Joey Hyde.

“I feel like within the full arc of this record, ‘ReadY to love’ is that final form of acceptance, when you are open again and you are ready to learn from the past,” she says.

So, are you ready Lindsay?

“I have reflected on that, I really have. I have opened myself to new experiences. I don’t need something specific. I’m just open to what the universe is ready to throw at me. I’m no longer just attached to the outcome.”

Pre-add/pre-save/pre-order heart theory at this smartlink. 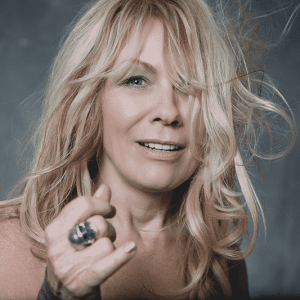 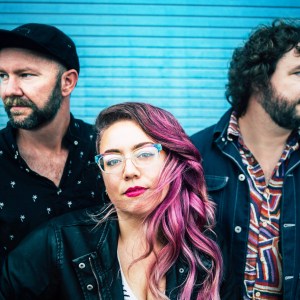