Mandoki Soulmates | Living in the Gap/Hungarian Pictures | (Sony Music/Red Rock Production)
3.5 out of 5

It may be premature to suggest that prog rock is on its deathbed, but it’s certainly somewhat incapacitated to say the very least. With the future of standard bearers like the Moody Blues and Jethro Tull seemingly uncertain and other outfits such as Yes and King Crimson working with only remnants of their seminal line-ups, there are few bands left at the helm and able to move the music forward.

If that is the case, apparently no one’s told Leslie Mandoki. A producer, musician, bandleader, and songwriter, he helms  a supergroup of sorts called, naturally enough, Mandoki Soulmates. Its members include a variety of players that have been a part of anumber of renowned ensembles —  lead singers Toto, Supertramp, Cutting Crew, Manfred Mann, and the Miles Davis Band and more.

“This incredible list of legends and icons is like a family to me,” Mandoki maintains.”Many of us have known each other for more than two decades. It really was kind of easy to gather such an enormous band of bandleaders because we all share one thing in life –- music. We all live to create and play music together. When the time comes and the idea and the songs are right, we all gather to mutually create a musical masterpiece and that’s exactly, which is what we did again for this album.

When asked about the origins of this particular double disc effort, Mandoki says it was a more or less organic effort that all connected as one. “Musically, Living in the Gap is a fresh and new musical interpretation of prog-rock songs, which are also kind of radio-type songs with strong messages. It’s a redefinition of the sound esthetics of prog-rock singles and hits. ‘Hungarian Pictures’ is kind of a ‘suite’ dealing with a great selection of songs, originally created by Bela Bartok. Additionally, my daughter and I wrote songs which are carrying the messages. If you listen to the first track on disc one, ’Living In The Gap,’ and then you go through the whole musical and lyrical ideology of ‘Young Rebels,’ ‘Old Rebels,’ ‘Wake Up,’ ‘Turn The Wind’ and ending up with ‘The Torch,’ you’ll find the explanation why we should get out of our comfort-zone.”

“Let the music show you the way/To light  up your life and break out of your shell,” Bruce and Anderson harmonize on “Let the Music ShowYou the Way,” summing up those sentiments succinctly.

While the underlying message of peace,  harmony and understanding may strike some at first as a series of pie-in-the-sky sentiments, the songs Mandoki refers to are bolstered by easily accessible melodies and sounds that never complicate matters unnecessarily. “Turn the Wind” is both illuminating and inspiring, while the crisp and cool jazz-fueled sound of “Welcome to Real Life,” “Hottest Queen of Cool” and “Old Friends” brings to mind Steely Dan. The expansive “I’m Not Your Enemy, the final track of the Living in the Gap portion of the album, boasts a a vocal chorus that makes it seem like the perfect candidate for a prog-rock anthem. Likewise, the elaborate suite of sorts that opens disc two, “Sessions  in the Village,” undergoes a number of shifts in tone, tempo, and structure, becoming a grandiose overture of sorts that stays true to that progressive posture.

“The whole concept is based on my two late friends Greg Lake and Jon Lord,” Mandoki explains. “They have been true Soulmates, and it was really hard to lose two of the greatest and most significant musicians, and I’m proud of having called them both real friends. Of course, this new album is kind of a tribute to Greg and Jon as well. On the other hand, I just wanted to carry on their musical ideas and their work and take this to the next level. I would have loved to create this album together with Greg and Jon, but both of them are now playing with Jimi Hendrix.”

Despite the fact that the new album is an unusually complex effort within this series of songs, Mandoki insists that the actual recording process didn’t take that long, and that’s its release was only slowed by the fact that he wanted it to be the best it could be. That meant holding to some exacting standards.

“Ten years ago, I said that I would not release a new album unless it was really my very best,” he reflects. “We had a wonderful show at the Beacon Theatre in January 2018, with standing ovations and an overwhelming response by the American press and media. After that huge success, I pulled myself back and took a trip to California to find fresh inspiration for writing new songs. That was the beginning of Living in the Gap and Hungarian Pictures. The arrangement took about three weeks and the main part was to come to the decision to really create the best album of my whole life. As we were arranging, then everything went fast and easy.”

Not surprisingly, Mandoki is eager to offer a long list of musicians that have been an influence on his efforts up until now, a collective he describes as “The creative ghost of the ‘70s…musicians of individual virtuosity with a musical expression that strived for non-restrictive individuality and freedom. All of that aroused in me a lifelong passion for sociopolitical relevant music with artistic claim.” He cites Bela Bartok, John Coltrane, Charlie Parker, Miles Davis and seminal British progressive bands like Jethro Tull, King Crimson, and Cream as well as jazz/fusion bands such as Miles Davis, Return To Forever, Mahavishnu Orchestra, Brecker Brothers, Steps Ahead, and Weather Report.

“Much later, I was touched by the incredible songwriting talents of the Beatles,” he continues, before adding, “A true and strong influence was the Hungarian band Syrius. They became famous in 1972 in Australia, when I was a teenager. They released only one record, Devil’s Masquerade, then came back home to Hungary, and the communists destroyed the band. They were kind of my musical guidance because I used to open the show at their concerts in the clubs with the oppositional student movement as their audience. I somehow became the voice of the anticommunist student movement with our jazz rock. It was none other than Mikhail Sergejevitch Gorbachev who later explained to me that the communist regime tried to kill prog rock and jazz rock because it was the soundtrack of freedom for the students’ opposition.”

Mandoki, who first formed the Mandoki Soulmates in 1991, has released eleven albums to date. The music fuses progressive rock with jazz with themes that speak to the need to fight for freedom and unity.

“My goal is to change the world to be a better place to live by creating and making mature, sophisticated prog-rock with meaningful lyrics and an important message, from the old rebels to the young rebels,” he declares rather emphatically. “Forty years ago, together with my friend Laszlo Bencker who I knew from the conservatory, and the young cartoon designer Gabor Csupo, I managed to escape from a dictatorship to freedom. Gabor went to Hollywood, built up a major cartoon film studio there and created worldwide success with The Simpsons, The Rugrats, and Duckman of The Real Monsters. In our hearts, we took the idealism of our teenage days with us — the dreams and visions, the music and art — and to this day, we feel obliged to live up to them. When I was asked after our adventurous escape, at the reception center for the asylum seekers, after our adventurous escape, what I wanted to do here, I replied that I had come to the West to make music together with my idols and musical heroes.”

It was an ambitious goal, but Mandoki claims that his Mandoki Soulmates fulfilled his dream, and with it, his destiny. “For almost three decades, we have played our songs together with nearly two dozen legendary icons from the worlds of jazz and rock, with many intense friendships emerging as a result. From time to time, we get together here at my home in Lake Starnberg in Bavaria, to live and eat together and let new music come into being, just like in a hippie commune. Yes, like a real band. Soulmates is a musical community of shared values. As musical rebels, we feel the urge to raise our voices.”

Greg Lake once described the Mandoki Soulmates as  “one of the best bands you’ll ever hear.”

However, Mandoki clearly has a bigger vision in mind. “As Soulmates, we passionately embody the spirit of the ‘70s and live the idealism of the pursuit of freedom and individuality,” he declares. “Fate has blessed us all with good fortune, and we truly walk on the bright side of life. Soulmates is our way to give some of that back. We want to return music to its right place, with the idealism, the rebellion, the non-conformity. Our music is a handwritten love 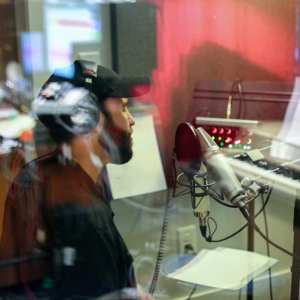 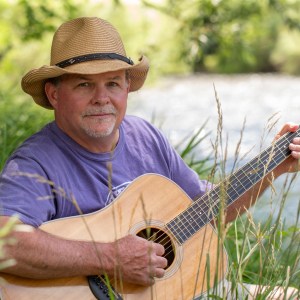