It could be considered something of a cliche, that is, artists who express their desire to connect with fans through their music. However, in Liz Longley’s case, that connection is not only real, it’s tangible as well. After taking leave of her longtime record label, Concord Music, she launched a Kickstarter campaign to raise funds for her new album, Funeral For My Past, hoping to raise the $45,000 needed to see it through to fruition. To her surprise, her fans and followers came through with pledges totaling three times that much — an impressive $150,000 — making her the fourth most-funded solo female artist in Kickstarter history.

“It was crazy,” Longley admits. “We reached our goal on the first day. It was really humbling. It was absolutely incredible.”

To her credit, Longley’s earned that admiration. Her fans — who refer to themselves as “The Lizards” — have followed her for well more than a decade. She’s certainly given them plenty to appreciate, with no fewer than six albums and an EP in total over the course of her career. The critical kudos came quickly, mostly beginning with her 2015 eponymous effort and then Weightless, the album that followed a year later. A winner of the prestigious BMI John Lennon Songwriting Scholarship Competition, she’s also found her music featured on several television series, among them the Lifetime Network’s “Army Wives,” ABC’s “Beauty & The Beast” and MTV’s “Scream.”

Nevertheless, Funeral For My Past may be her most emphatic effort yet, a veritable rollercoaster of emotion that finds her reflective, resilient and forthright in various intervals. She freely shares the sentiments that surfaced in the wake of a turbulent relationship which were later rekindled when she married her fiance and found a way to move forward towards the future.

“I think the new record fills in a lot of gaps,” Longley muses. “Hopefully the different songs explain what it is that I’m letting go of. I’m also trying to encourage my listeners to let go of whatever they’re holding on to.”

Certainly, Longley finds no shortage of inspiration, although she insists that she doesn’t force herself to pursue a muse.

“It’s constantly changing, finding the means to tap into that,” she suggests. “What I’ve learned since moving to Nashville is that writing is more like a spiritual experience. It’s not something I can call upon every day and expect that it will be acquired. So I’m trying to give myself more grace, especially these days, where if nothing comes to me, I can say, ‘OK, this is a time to soak up things and take in the world around me.’ That way, when it is time to write, I have more experiences to work with that I trust will come when it’s time.”

Granted, in doing that, she’s often forced herself to open up and show her vulnerability, a trait she’s never been afraid to share. Her songs are both revealing and intuitive, making them all the more insightful as a result. “I grew up in a household where it was really OK to express how you felt,” she recalls. “I learned early on that oftentimes the hardest things to express end up being the most rewarding things to share, because inevitably I find another person who could connect with it, and therefore make me feel less alone. So in many ways, it’s healing for me to bare it all. I feel it’s 100 percent worth it.”

According to Longley, her audiences often have the same feeling. “A lot of times at concerts, I’ll meet people and they’ll share their stories with me. They’ll tell me how they’re working to let things go. For me, it’s just an honor to be part of other people’s journey through life and to watch them grow. That’s been my goal lately — to encourage people to reflect. Writing offers me an opportunity to reflect, and it does that for somebody else, it’s all the better.”

Longley could also be considered part of a women’s movement that finds any number of younger artists making their way to the fore and having an impact in the mainstream. “I feel that in the Americana world, a lot of artists are making their voices heard, especially in Nashville,” she suggests. “It’s really cool.”

Ultimately, Longley’s set a high bar for herself, one that inspires her to write songs that are ever more meaningful, both for herself and for the community of people who are among her most ardent admirers. “I do feel a certain pressure, just for my own sake, to write songs that I can relate to for years to come and want to sing to people for years to come,” Longley insists. “I don’t want to sing songs that are no longer true, or that don’t resonate on a certain level. That’s the high bar. If I’m not writing honestly or in an interesting way or inspiring someone to look at their life and their relationships, then I don’t think I’m really doing my job.” 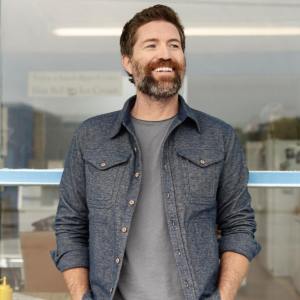 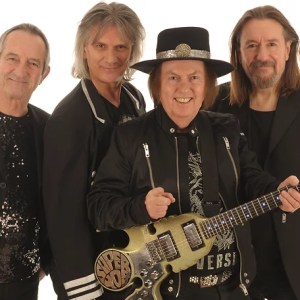