Lizzie Edwards couldn’t help stare at the taxidermy deer mounted on the wall where she was bartending. Forbidden to use a cell phone on the job, her only escape was to gaze at the hanging head across from the bar, and write. There, Edwards, frontwoman for the Brooklyn-based blues rockers Lizzie & The Makers, penned an open letter to the “Deer on the Wall,” a phrase later rechristened, Dear Onda Wahl, the band’s second album, out summer 2021.

Inspired by a friend drawn to New York’s Rockaway Beach one summer, who called herself a mermaid that “needs to be ravaged on a daily basis,” as she absorbed all of the holistic, healing properties of the ocean, “Mermaid” is a enchanting dip into Lizzie & The Makers’ bluesy synth-pop waters.

Starting as a slower and sultry blues progression that Edwards played on the piano, “Mermaid” quickly picked up more soul as it fleshed out with McMullen. “I brought it to Greg, and Sharon Jones, who had just passed away at the time, is a big hero of mine, and he was like, ‘why don’t we make this a little more Sharon? Give me a little Dap-Kings, make it a little brighter and groovier,’ so it’s not just this slow, durgy blues song, which is how all my songs usually start out.”

Marrying the idea of a mermaid with her own heartache, Edwards pieced the ends of the track together after a rainy day in Brooklyn. “I found myself walking around Brooklyn after it had rained, and the sky was so cool,” says Edwards. “The clouds were literally purple in the sky, and I’m listening to this track and started writing everything I saw, all while I’m also going through this confusing relationship with someone.”

Walking into Pete’s Candy Store, where the band had its first gig, Edwards listened back to the “Mermaid” demo and finished the song.

“It was mixed with questions and looking at life and circumstances and how beautiful a midnight sky can be, or just the image of wet pavement, even if I was really sad,” shares Edwards. “It was me sitting in a bar, looking at what’s on the shelves and being really present and aware of what’s around me, while at the same time having this internal struggle and going through this heartbreak, and the words just came out of me.”

Edwards also admits to fusing some elements of Kate Bush into the essence of “Mermaid.”

“I was listening to a lot of Kate Bush at the time,” says Edwards. “If I’m honest,  I listen to a lot of Kate Bush all the time, and in ‘Running Up That Hill,’ she’s got a line that says, ‘if I only could, I’d make a deal with God, and I’d get him to swap our places,’ and I was thinking about that concept and borrowed from it saying ‘if we can only switch places just for a moment, if I could only be used just once,’ which related to my specific relationship with this person.”

McMullen first befriended Gabrels 30 years earlier while working at the E.U. Wurlitzer music store in Boston. The two kept in touch throughout the years and Gabrels ended up playing with Lizzie & The Makers, along with his Reeves Gabrels & His Imaginary Friends project, for several shows.

After reconnecting, Gabrels, who had some downtime during the pandemic, pulled in McNulty, who had also worked on several Bowie records with him, to focus on Dear Onda Wahl.

“It’s almost like a weird fairy tale,” laughs Edwards. “You hear about bands in New York City playing to nobody and someone will be in the room one day and say ‘I want to make an album with you,’ and you think ‘that never happens,’ but it actually did. It just goes to show that even in the world of  streaming and social media, that personal connections and human connections still matter.”

Following “Mermaid,” Lizzie & The Makers will release a new single every month leading up to the album’s summer release.

“I don’t want to sound all Taylor Swift or anything, but a lot of the songs are inspired by frustrations with relationships and being a female in rock and roll,” says Edwards. “Specific relationships inspired a lot of these songs—being close to someone and then all of a sudden being very distant and trying to understand why—and then more ethereal songs questioning the meaning of everything, like what are we doing here, and what’s the point of all this frustration. We can all get bogged down in these things, but in the end, it’s not the best way to spend our energy.” 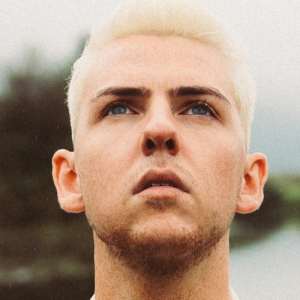 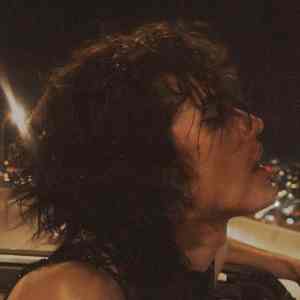