Like the timeworn story of the blind men inaccurately describing an elephant by examining different parts of it, most listeners’ impression of American jazz/pop/blues legend Louis Armstrong is defined by what aspect of his multi-decade career they hear. Is he the gravelly-voiced interpreter of schlocky white bread show tunes (his cover of “Hello Dolly” famously unseated The Beatles from their #1 grasp in 1964) or the Uncle Tom-ish, charismatic, handkerchief-holding TV, movie and radio star? Or one of the most creative, talented, and genre breaking band leaders, scat singers and jazz/blues trumpet players ever to put his lips to a mouthpiece?

As with the blind men and the elephant, the truth is he was all this and more. His 1971 death (at the relatively young age of 70) ended a larger-than-life career that has gained additional respect and gravitas in the years since. His story personifies the American dream, despite, or more likely because of, how he elevated himself from the humblest of beginnings to become a worldwide, commercially successful superstar.

Born into poverty in New Orleans, Armstrong was shifted between family members and foster homes until landing in a reform school vividly but now embarrassingly called the New Orleans Home for Colored Waifs in his early teens. This is where he developed the basics of the cornet. He constructed his own style and honed his chops while playing on the city’s riverboats and in countless brass bands, learning from the multitude of elder musicians that populated New Orleans.

By 1925 Armstrong was fronting his own bands, notably the Hot Five and Hot Seven groups, and expanding his talents into longer, classically oriented pieces in addition to perfecting his scat singing. The latter he often based on trumpet solos, a unique and idiosyncratic approach. Armstrong is credited with the first scat-sung hit, 1926’s “Heebie Jeebies.” Later in life he joined scat master Ella Fitzgerald for two joyous albums that remain highlights in an extensive catalog. His trumpet work, especially in the lower register, was equally as distinctive, famously influencing vocalists such as Bing Crosby, as well as other jazz musicians.

It’s impossible to choose one song out of Armstrong’s voluminous repertoire of dozens of albums as his most representative work. But a 1925 recording of W.C. Handy’s “St. Louis Blues” (which he recorded often throughout the years in both instrumental and vocal interpretations) with singer Bessie Smith is perhaps the finest example of his early talents. Here Armstrong answers each of Smith’s expressive sentences with his visceral and despondent horn. The song is credited as the first blues to become a crossover hit.

Armstrong’s nine-minute 1954 version is also notable. It not only showcases his trumpet lines that answer Velma Middleton’s vocals (he sings a few choruses and injects some seemingly off-the-cuff and characteristic jive talking), but kicks the tempo as hard as rockabilly, displaying his dynamic high-register playing and cutting tone. The entire Louis Armstrong Plays W.C. Handy album is an excellent place to start an appreciation of the man, since it captures his contagious vocal and instrumental enthusiasm.

Nicknamed both Satchmo (sometimes shortened to Satch), reportedly because of his wide satchel-like mouth, and Pops (a name he called people whose names he could not remember), Armstrong’s crossover popularity made him largely immune to the discrimination leveled at black musicians of the era. This was partially due to his move from New Orleans to Chicago and New York, where race relations were, if not perfect, certainly better, especially in the ’30s, ’40s and ’50s. As one of the first black performers to be accepted, even adored, by white audiences, Armstrong was criticized by African Americans for not being more vocal about black concerns; he was, however, angry enough about President Eisenhower’s lack of action over desegregation (specifically in 1957’s Little Rock, Arkansas, school issue) to famously cancel a tour of the Soviet Union set up by the State department in protest.

Although he only won one Grammy while he was alive (for “Hello Dolly”), he received a posthumous Lifetime Achievement award in 1972. Armstrong was the recipient of other accolades, including a star on Hollywood’s Walk of Fame and a postage stamp in his honor. The Rock and Roll Hall of Fame included his “West End Blues” as one of 500 songs that helped shape the genre, and his birthplace legacy proudly lives on in the Louis Armstrong New Orleans International Airport. 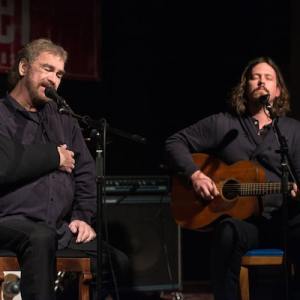 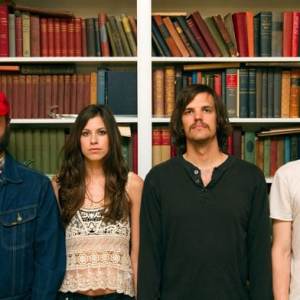