A multitude of musical legends have all emerged from this same state: Fats Domino, Louie Armstrong, Mahalia Jackson, Slim Harpo, Jerry Lee Lewis and Little Walter, to name but a few. They all hail from this Southern place where Cajun, Jazz, Blues, Zydeco, Gospel and more intersect. Louis Michot stands at that intersection. It’s called Louisiana.

He’s the singer and fiddler for Lost Bayou Ramblers, which he and his brother Andre started in Louisiana in 1999, and the founder of Nouveau Electric Records. He’s also a guy who knows Louisiana music deeply, down to its roots.

All of which made him the ideal person to school us on those musicians from there who matter most. He came through in style, with this luminous journey into the music of Louisiana, through five musicians.

You can’t discuss how much the New Orleans sound set the stage for rock and roll without mentioning Dave Bartholomew. He was composer or co-composer of songs like Fats Domino’s “The Fat Man” — the first rock and roll record to sell one million copies —  Smiley Lewis’ “I Hear You Knocking,” and Fats’ “I’m Gonna Be a Wheel Someday.” Bartholomew’s catalogue includes some of the most influential and popular songs of what would become American Pop music, and pulled if off in an unmistakably New Orleanian style. Dave Bartholomew died last year at 100 years old, and was active in the music world until his last days.

I’ve met people here in South Louisiana who went to grade school with Bobby Charles Guidry in Abbeville who claim to have been in the gym with him during PE class when he first wrote “See You Later Alligator,” and I believe them! I doubt they ever thought it would become an international hit, as would his other compositions “Walking to New Orleans” (as performed by Fats Domino) and “It Keeps Rainin.’”

One of Guidry’s more obscure masterpieces was his self-titled Bobby Charles album, a jewel of honest and influential songwriting released on Bob Dylan’s manager’s label with back-up by members of The Band and Dr. John, among others. He’d perform “Down South in New Orleans” at The Last Waltz.

Born in New Orleans in 1829, Louis was raised with both families of his Jewish Creole father: he spent his early years with his siblings and his French Creole mother, and later lived with his African Creole half-siblings as well as his paternal grandmother and his nurse Sally, who were both born in Saint-Domingue, later known as Haiti.

Though he was Classically trained in Paris, his compositions were inspired by growing up near Congo Square, the only place in America where African slaves were allowed to play their music and continue their cultural traditions, as well as his time in Haiti, Cuba, Puerto Rico, and South America. In pieces such as “Bamboula,” “Ojos Criollos” and “La Nuit Des Tropiques” Gottschalk incorporated many of the rhythms and melodies of the New World. In many cases these are some of the only references we have to the early American musical styles blending African, French, Spanish, and Native American music styles, admixtures that informed the creation of Jazz and American music as we know it today.

Though he lived well before the era of recorded music, and we’ll never know exactly what his work was intended to sound like, his compositions live on in written music, and countless artists have made their own interpretations. According to music historian and author Ned Sublette, Moreau died on stage at age 40 in Rio De Janeiro in front of one of his monstrous 900 piece orchestras while introducing a piece called “Ode to Death.”

Hailing from the very northwest tip of Louisiana, Huddie William Ledbetter’s original songs established him one of America’s greatest songwriters ever.

He was such a captivating performer that his talent got him pardoned from prison sentences, twice! Leadbelly is credited with some of the most widely covered songs ever including “Goodnight, Irene,” “Cotton Fields” and “Midnight Special.” George Harrison said “No Leadbelly, no Beatles” as The Beatles first formed inspired by Lonnie Donegan’s hit cover of Leadbelly’s “Rock Island Line.” Nirvana’s unplugged cover of “Where Did You Sleep Last Night” introduced a new generation to his canon.

What intrigues me personally, is how Leadbelly was such an archetypal product of the Louisiana melting pot: he was inspired to take up 12 string guitar after seeing a Mexican play the bajo sexto; he played barrelhouse piano with the best of them; he’d started out on the accordion… if he spoke French, he could have been bigger than Clifton Chenier!

Alcide “Blind Uncle” Gaspard was born in Avoyelles parish, Louisiana. Relatively little is known about his life outside of recordings he left behind. His music has been repeatedly rediscovered in the century ago since it was first documented, and the enigmatic flow of his compositions have only gathered more of a mysterious aura over time.

His first nice tracks were laid down in Chicago in January of 1929, a journey that must have been life changing, as he traveled hundreds of miles North along the Mississippi River, through communities still reeling from the great Flood of 1927. According to author Ryan Brasseaux, the trip was sponsored by Guy Goudeau, a local furniture storeowner and phonograph retailer who would sell records along with Victrolas from his shop. They all hopped in a brand new Pontiac driven by Jules Moreau, the first cousin of my great-grandfather, Louis J. Michot; Gaspard kept them entertained them by strumming his guitar and singing for the whole trek.

What makes Gaspard’s writing and performing so intriguing is the breadth of genres he touched on, all while retaining his unique guitar style and somber singing in Louisiana French. Songs that start out sounding like centuries-old French numbers (which some surely are), morph into Delta Blues, Dixieland rags, courtly waltzes, Celtic jigs, Country laments, acapella ballads all rendered via his unique 3 finger guitar style. His French mariner tune “Sur Le Borde De L’eau” was featured in the 2014 HBO series True Detective.

Only a few of Gaspard’s tunes became staple songs in the Cajun music repertoire; most feature a complexity, fluidity, and lengthy, wordy verses that keep them from being readily covered by modern musicians or appreciated by all but the most daring radio programmers.

The 27 tracks Blind Uncle Gaspard cut with either fiddler Delma Lachney or accordionist Jean Bertrand are a collection of tunes that transport the adventurous listener and demand a songwriter in any genre to reimagine the creative possibilities.

Whether he composed these songs from scratch, learned them via cultural transmission, or perhaps created his own takes on tunes learned from traveling minstrel or vaudeville shows, the catalogue attributed to Gaspard is a masterpiece of composition and interpretation, and a snapshot of the diversity and adaptability of Louisiana culture 100 years ago. 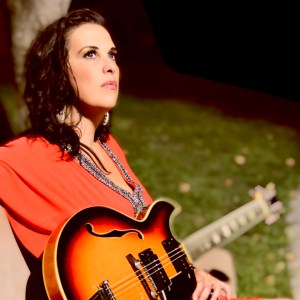 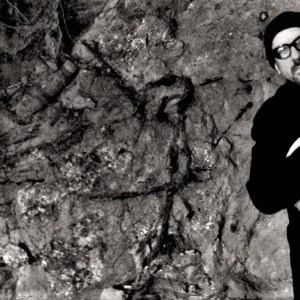