Some musicians claim to be guitar gods. Others are content to simply choose nuance over novelty. Steve Howe falls into the latter category, and while he’s achieved superstar status thanks to his work with Yes and his other activities over the past 50 years, he’s never hesitated to expand his parameters by sharing the fluidity and finesse that marks a true virtuoso.

Howe began his professional career somewhat inauspiciously, first as a member of a North London-based band called the Syndicats and then as the guitarist for Tomorrow, a band that made a minor dent on the charts with a song called “My White Bicycle,” an early psychedelic standard. Subsequent auditions for Jethro Tull, The Nice and Atomic Rooster didn’t pan out, but when, in April 1970, Yes began the search for a new guitarist to replace the departing Peter Banks, he got the gig and began an association that’s lasted on and off for the past 50 years. He’s embarked on various side sojourns over that period of time as well, including stints with the prog supergroups Asia, Anderson, Bruford, Wakeman and Howe, and GTR, while also spawning a series of solo albums.

Still, Howe is best known for the signature sound he’s contributed to Yes since early on. Indeed, his instrumental pieces “The Clap” and “Mood for a Day” are firmly etched in the group’s recorded firmament as are the songs to which he contributed, “Yours Is No Disgrace,” “Starship Trooper” and “Roundabout,” each of which boasts Howe’s signature sound. Nevertheless, it’s his 21 or so individual efforts that provide him with the greatest opportunity to display his full instrumental prowess, as evidenced on songs that span the divide between rock, prog, classical, psychedelia, jazz and innumerable sounds that aren’t quite as easily identified.

Howe is currently celebrating the release of his latest individual opus, Love Is, an album which features Howe handling practically all the vocals and instrumentation — including 15 different guitars — with assists from Yes singer Jon Davison on harmonies and bass and son Dylan Howe on drums. As the title suggests, the songs center on the concept of love and provide several soothing melodies that will likely find favor with fans of Yes in particular.

“I like making solo albums, I like taking my time,” Howe says. “The track ‘Love Is’ was the central theme I had in mind, so I built the album around that. It’s that kind of mood and that kind of approach. It’s an open-ended statement. The Beatles said ‘Love is all you need’ and I’m saying ‘Love is a river,” so I’m tapping into a generally accepted reality. It shares a little more of what I’m about. But generally, it’s not one thing; there can be multiple things stated in any one song. They’re things that are meaningful to me. I generally like to write things that have some sense of sensibility. That’s really what I do, and so that’s what we have here.”

It’s suggested that speaking about love is a very utopian concept in a way, something that was popular to sing about in the ‘60s when the world — and the youth culture in general — bore a more idealistic attitude.

“Maybe people do need reminding,” Howe muses. “However ‘love’ is a more general word. It can be about loving animals, loving plants, loving architecture, because it’s part of what we do. So it’s like passing on a story. I think you’re right. It’s not necessarily romantic love, but maybe love of the planet. It has to do with the ecology. It goes back to messing up the planet which finds us messing up ourselves. There are a lot of stories that one can’t clearly put into words, and that’s where art comes in, that’s where songwriting comes in, that’s where messages can be implanted in songs and hopefully resonate with people. I hope that through the things other artists do, and maybe the things I do, we can make the world a healthier place.”

Howe says the album was completed last year, around the same time as his autobiography, “All My Yesterday’s.” Rather than release them at the same time, his record label BMG decided to hold the album’s release until now. Given the crush of the pandemic and the sweep of trouble and turmoil that accompanied it, an album that focuses on sweeter sentiments certainly seems timely right about now.

“It’s quite nice to have an album that’s uplifting and optimistic,” Howe agrees. Nevertheless, given his spate of activities during the prior decade — records with Yes and Asia, massive amounts of touring, as well as Yes’ annual ‘Cruise to the Edge’ excursions — Howe marvels that he had any time at all to complete his own projects. “When I look back at it, this crazy amount of activity, having the album’s delayed release actually allowed me the luxury of being able to redo things and do some tweaking,” Howe recalls. “It took awhile, but in spreading it out over that time period, I had the luxury of not having to rush through it and make it something worthwhile. It’s got some of me in it, and so here we go.”

The book was started in 2009, but given all Howe’s aforementioned commitments, he didn’t return to it until 2015. Once his publisher expressed interest, he went back and reworked the introduction and then set about documenting his activities through the ‘70s and ‘80s before going forward from there. “Obviously I had a lot of catching up to do before I got into the ‘90s,” Howe explains. “I had to think about what ought to be included. It is a travelogue for a musician in some respects. But I also tried to intersperse my comments and some other things people might not know. I also have some lighter moments in there as well. It wasn’t about me saying how great I am and how crap everyone else is. I wanted to be fair and honest and that’s basically the sense of it.”

Given his remarkable resume, Howe had to find a way to encapsulate it in a format that would keep his readers entertained and enlightened. He believes that he succeeded.

“I’ve had a pretty interesting career and at the end of the book I say, ‘You’ve been with me for 70 years, so you better sign off here before it really gets silly.’ Seventy years in a life in a book is quite intense, but I think I covered the ground I wanted to. What it doesn’t cover so much is my private family life. That’s nobody’s business, and I wanted to keep it that way. So it’s very much a career book and a bit about my interests here and there. and I wanted to keep it that way. It touches on some of the challenges that I’ve had and some of the lunacy I’ve had as well. Fans aren’t idiots. They won’t buy just anything. If they like the story in my book, that’s great. But it certainly isn’t overly flamboyant. It was a test for me, a challenge, and I certainly enjoyed it.”

One would think then that Howe has a soft spot for the past, but when asked if that’s the case, he demures. “I don’t know quite how to define my level of nostalgia,” he replies. “If things are important to me, I kind of remember them. There is a kind of quantum physics feeling that you get that suggests the past is with you all the time and the future is only a breath away. You can’t escape your past. I had to do some research to be able to include some of the details, but that’s what you have to do.”

Of course, curiosity, exploration and fastidiousness have alway been essential elements in Howe’s MO. He says that those needs gelled from habits he picked up early on. “I was listening to a lot of country western music as a child, and my brother turned me on to Miles Davis, so I got put on other tracks, other directions,” he recalls. “That was a really good thing. It could have happened anyway, but it happened from my family point of view. I was introduced to jazz guitar when I was 15. I discovered the great guitarist Chet Atkins even earlier when I was 13. He wasn’t that removed from Duane Eddy. He was a major inspiration. It was people like that that made me think I didn’t want to be a blues guitarist, or a rock guitarist, or a classical guitarist or even a jazz guitarist. I wanted to be a combination of all those things. So when I joined Yes, it became apparent I could do all those things. There were new sounds coming out and to be a multi-guitarist was my goal. It all came from my early years.”

Howe adds that one avenue he’d like to explore further is the opportunity to play live armed with only an acoustic guitar sans any accompanying musicians.  Unfortunately, any touring either on his own or in the company of Yes had to be put off at least until next year due to the onslaught of the pandemic. The group’s plan is to play their Relayer album in its entirety. He also noted that an announcement on a new recording will be coming soon and that they’ve already begun collaborating on new songs while compiling new material.

“We have a fairly clear coast at the moment, so that’s not a bad thing,” he suggests, noting that the Jon Anderson, Trevor Rabin and Rick Wakeman configuration that had also been laying claim to the Yes moniker is no more, having split last year.

Of course, the Yes brand as a whole has also been somewhat wobbly over the years, forming, reforming, going on hiatus and then reconvening yet again. There were two major gaps in the band’s trajectory during the early ‘90s and in the early 2000s, absences which might have put the band’s future in doubt. Nevertheless, perseverance paid off and the band regained its stability over the past decade, albeit with new recruits filling in for singer Jon Anderson, the late bassist Chris Squire and some of the other musical alumni who are now absent from the fold.

Yes currently consists of Howe, White on drums, keyboardist Geoff Downes, bassist Billy Sherwood, and Davison on lead vocals. Both Downes and Sherwood served in earlier incarnations of the band as well.

“There’s a very powerful incentive to keep it going,” Howe reflects. “We steer it a little bit and see where it goes. We’ve done the cruises over the years and on tour we go out and play the classic albums in their entirety. That’s been particularly inspirational. This is the longest running line-up Yes has ever had. Yes has always been a somewhat flexible group, an almost plasticine mold of a group that has changed and morphed and returned and gone away again and given up and restarted. But it’s still going and that’s the fascinating thing.” 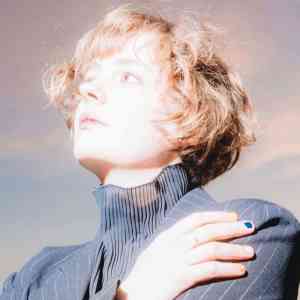 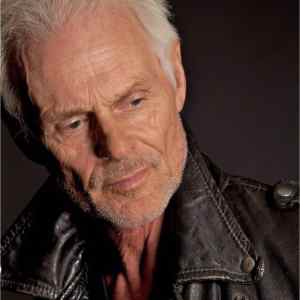