When you’re assigned an article based on an interview with Michael Des Barres, you have to accept that what you write can’t ever quite live up to the experience of actually speaking with him. You can’t possibly do justice to the debonair diction of his speaking voice, his expert mimicry (his take on his buddy and former Sex Pistol Steve Jones, for example, is uncanny), his actor’s timing with a punch line, and his hearty laughter that punctuates his anecdotes.

All of that, along with his good looks that have seemingly been untouched by time, is on glorious display in the new streaming documentary Michael Des Barres: Who Do You Want Me To Be?, which arrived a few weeks back and is generating a tidal wave of positivity from critics and viewers alike. The title comes from “Obsession,” the 80s hit for Animotion that Des Barres co-wrote. It’s apropos because he has proven, time and again, that he can be just about everything, as the documentary displays: charismatic rock star, ever-ready character actor, smooth DJ, friend to the famous, and doting family man.

Des Barres spoke with American Songwriter about the documentary and everything he has on his overflowing plate these days. As far as the early reaction to the doc, he says has long since learned to temper his hopes, but still found himself overwhelmed. “Well, the key to it is not to expect anything,” he says. “For the last God-knows how many decades of doing this, I’ve realized pretty early on that you can only do it. And what people respond to is their business. My business is to do the next thing. That’s the whole point of the documentary.”

“To answer you emotionally, I’ve been weeping for about three days, because it’s just unbelievable what people are saying. I just think it’s got something to do with that I never gave up. The vibe for me is that I think that I’ve stuck to it, and I think today that’s really important for people to hear. We’re so challenged right now, and so I think the movie brings that into play.”

Who Do You Want Me To Be? explains how Des Barres, despite being descended from a historical swashbuckler and born into wealth, was able to shake off a rough upbringing to become a hyphenate who is up for anything, such as filling in as the lead singer of the Power Station in 1985 just weeks before they played Live Aid, a gig he loved despite the apparent pressure.

“It wasn’t a question of getting through it,” he says. “It was a question of enjoying it. I’ve never felt that I had anything to prove since I was eight years old, and I don’t rely on what people are going to think. Because I was raised in a fucking difficult situation with no parents. I had to look after myself and have some self-respect for myself from the beginning. Now that was pretty violent in those boarding schools. I had to protect myself from the pederasts and the people that were very cruel. Because my father was in prison. My mother, God bless her, had schizophrenia. So I never really knew them.”

“I learned very early on that you have to go through this life and be proud of what you do and don’t be affected by yea’s or nay’s. If you do it to the best of your ability and have fun in that process, you’ve won. It doesn’t matter where the gold medals or gold records go. None of that really would have made me feel better or worse. I’ve estranged myself from ambition. Ambition is toxic. It’s poison. And all of your readers, believe me, you’ve got to do it because you love it. The only person who’s going to pat you on our back is you. And you better do yoga to do that, because it’s quite complicated. Fuck anybody’s responses. It doesn’t matter.”

The documentary, helmed by director J. Elvis Weinstein, isn’t shy about showing the near-misses in Des Barres’ career as well as the hits, while far-flung celebs like Don Johnson, John Taylor and Gabriel Byrne (along with MDB’s current wife, son and two ex-wives) testify to his wit and wisdom. It also explains how Des Barres’ fortunes turned when he shook free of the excess of the 70s by quitting drugs cold turkey in 1981.

“Gratitude is everywhere here,” he says. “There’s no attitude of ‘Yeah, see.’ Because I don’t feel like that. People have been saying these nice things about me. It’s beautiful. It shows what sobriety can do when you wake and go, ‘Wait a minute. I’m ruled by this drug and this is ridiculous. I’m a slave, literally.’ And that’s no good. That changed my view of things. I just had a lot of different personae. At the very beginning, I had a suit of armor. And then that suit of armor, I took it off bit by bit. Here I am naked. Well, not naked, but in leather trousers.”

As for his acting, Des Barres, who has turned in guest roles in hundreds of films and television shows over the years, says that he has learned how to rise to the occasion in any spot. “When you’re in your trailer, they walk in and say, ‘They’re ready for you,’ and you walk that sort of pathway into that brightly lit room. There are a hundred people there and cameras and rigging and lighting, all of it. Potentially, you want to commit suicide. So I thought, ‘How the fuck do I deal with this?’ And the answer is, just go out and enjoy yourself, MDB, because you know, tomorrow might not happen. And by the way, tomorrow doesn’t exist. So why don’t we just be fabulous right now and go to the cafeteria and have a cappuccino? Or, even better, have a cappuccino brought to your trailer.”

Who Do You Want Me To Be? actually finished filming before Des Barres’ current run as the erudite, enthusiastic morning DJ for Steven Zandt’s Underground Garage channel on SiriusXM (although the film finds a clever way to address it.) “I had no idea it would be this popular,” he says of the gig. “It’s because I’m loving the music. I’m exuberant about something that isn’t mine. It’s a renaissance. We’re waving this flag of rock and soul music, because if Hamlet can be seen for 500 years, there’s no reason Sam Cooke can’t be heard for 500 years either.”

Des Barres has also signed on to Van Zandt’s Wicked Cool Records and has churned out a string of singles that find him at ease on the mike in ways that perhaps he never was in the 70s and 80s when he was trying to break it big. “You grow into being comfortable,” he says. “That’s the objective, isn’t it? That’s the trajectory of a good life. You learn, and I’ve never stopped learning and continue to do so. I’ll say it till the day I croak: ‘Oh, you know what we should do?’ And I’m gone. I’ve had Van Zandt on my side. So all of the records that I’ve made the last three years have all been the best music I’ve ever made.”

“I’m not repeating myself and I don’t want to. I’ve been given this largesse by Steven Van Zandt, my mentor, giving me this opportunity and encouraging me. So I feel free to do whatever I want on Wicked Cool Records, because it is the best rock and soul record label on the planet. Steven is only interested in great music that he likes. He doesn’t give a shit about the charts.”

Des Barres’ hopper would be the envy of any young multi-tasker you could name, with a musical he’s writing about the Marquis de Sade, more music on Wicked Cool, and, perhaps, something playing off the success of the doc. “There are so many people that could be interviewed, that I had relationships with and are spectacular people with a lot to say, that we couldn’t even fit in,” he says. “It’s an ongoing story. I’ve been approached to do all sorts of things based on this movie: a series, go on the road with it, a Q and A, play a few songs on acoustic and explain the intricacies of Jimmy Page’s anatomy (laughs.) There’s so many stories that are untold.”

Perhaps we could all be as productive as Michael Des Barres if we could heed his advice about doing the work for its own sake. “Everything is a fucking hit, baby,” he says. “There’s no misses, man. I’m so lucky that I even have the bow in my hand to shoot the goddammed arrow. If it hits the target, great. If it hits the teacher in the ass, not so great. I don’t think about that: ‘Oh boy, are people going to dig it?’ I’m way past that one.” 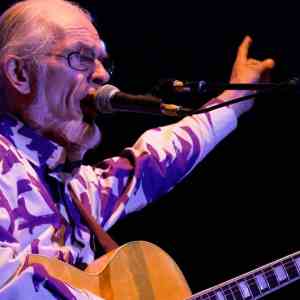 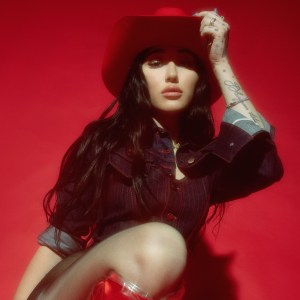