“Words are really beautiful, but they’re limited. Words are very male, very structured. But the voice is the netherworld, the darkness, where there’s nothing to hang onto. The voice comes from a part of you that just knows and expresses and is. I need to inhabit every bit of lyric, or else I can’t bring the song to you – or else it’s just words.”

That quote comes from Jeff Buckley in a 1994 edition of Interview magazine. That same year, Buckley released his brilliant debut studio album Grace, which, sadly, comprises a large portion of his musical legacy as a result of his death at the age of 30 in 1997. It’s also a quote that plays into the misconception, given momentum since his death by the popularity of his famously ethereal version of Leonard Cohen’s “Hallelujah,” that Buckley was an interpreter first and foremost.

He was somewhat underwhelmed by his own songwriting skills, yet there is evidence on Grace, particularly on the transcendently anguished “Lover, You Should’ve Come Over,” that Buckley was as adept at crafting words and melodies as he was at performing them. Even with a hint of grunge in the guitars, “Lover” is essentially a soul ballad, its intensity mounting from a low boil early to emotive eruptions at the end. Buckley the singer knocks it out of the park, but Buckley the songwriter provided some juicy raw material.

The song could have been just your typical lament from a lonely lover, but Buckley deepens the material by providing insight into the narrator’s psyche and how it prevents him from the blissful reunion he seeks. “Too young to hold on,” he sings. “And too old to just break free and run.” That earthly purgatory between the two extremes is a place of endless torment, but it’s presented here as a kind of rite of passage: “Sometimes a man must awake to find, really/ He has no one.”

Once the narrator has established how he is complicit in his own agony, he can reveal just how deep it goes. Toward the end of the song, Buckley starts a series of lines with the phrase “It’s never over,” with each successive line revealing just how bad he’s got it. “My kingdom for a kiss upon your shoulder,” he sings, a twist on Richard III’s request for a horse. Indeed he would give it all, his kingdom, his riches, even his blood, but he knows it won’t be near enough: “She is the tear that hangs within my soul forever.”

In the closing moments, Buckley pretty much leaves words behind, relying on a series of guttural moans and pain-wracked yelps to convey his feelings. Finally he leaves us with a sliver of hope for this fractured couple: “Lover, you should’ve come over/ ‘Cause it’s not too late.” Jeff Buckley’s haunting singing voice will never be forgotten, even considering the very short time it graced the world’s stage. “Lover, You Should’ve Come Over” proves how badly his songwriting is missed as well. 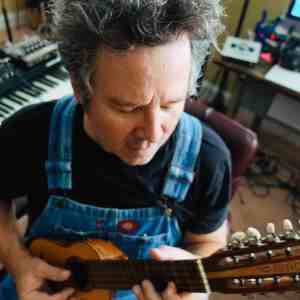 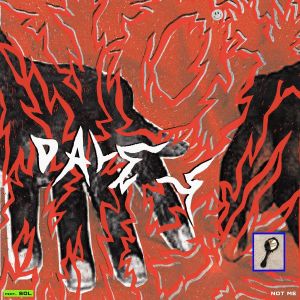