Never mind those little ol’ map lines; Luther Dickinson is absolutely right when he says the true capital of Mississippi is Memphis, Tennessee.

That’s where Luther, his brother Cody, and other rural North Mississippi Hill Country residents go when heading “into town”; where they depart from for air travel. That’s where Beale Street birthed the Memphis blues, and where oral folk and blues traditions carried from the country to the city morphed into rock and roll.

The brothers’ father, famed producer/composer Jim Dickinson, helped expand Memphis’ musical reputation; they witnessed some of that evolution while growing up in Memphis and later, 30 minutes south in the Hill Country enclave of Coldwater, as Jim produced now-legendary recordings for Big Star, Alex Chilton, The Replacements, the True Believers and others at Ardent Recording Studios. (At 14, Luther recorded his first guitar solo on the Replacements’ Pleased To Meet Me.)

There or at his Zebra Ranch, Jim also produced Mudhoney, John Hiatt, Jimbo Mathus, Amy LaVere, Lucero and many others, including his sons’ band, the North Mississippi Allstars. (That was in addition to writing, arranging and/or playing with other artists recording in Memphis, Muscle Shoals and Miami, most famously Bob Dylan and the Rolling Stones. He also fronted the influential rock band Mud Boy & the Neutrons, and with Ry Cooder, branched into film scoring.)

A historian and song-collector like his late father, Luther notes Memphis’ magnetic pull drew musicians from the entire region, each seeking the heart of American roots music — and finding a place where they could thrive beyond the mainstream.

“It’s a funny thing, the Memphis sound,” Luther says. “You mean the jazz and orchestral jazz of Beale Street, or the street blues? Because blues was street music in the ’40s and ’50s; it was not tolerated in the nightclubs of Beale Street. It was jug-band music, or rock and roll. Or Stax, or soul.

“What is the Memphis sound? It’s more like the Memphis attitude. … It is underground, outsider music that transcends where it comes from.”

Lucero’s Ben Nichols agrees. “Memphis music has always had … a kind of underdog quality to it,” he says. North Mississippi blues and West Tennessee country may have converged there, but in Memphis, he adds, “We take all that and we make it our own. You don’t exactly copy it; you take it and you put a little bit of that Memphis spirit and soul into it.”

The distinction between Memphis and Hill Country blues, Luther says, is that the latter came from musical farming families, while ’20s and ’30s Delta bluesmen were solo-traveling itinerants. But he adds, “I do have to maintain that North Mississippi blues is Memphis music.”

Explaining how his father facilitated that cross-pollination, Luther adds, “My dad and his friends weren’t hippies. They were rock and rollers who turned into bohemians. And once the blues guys were rediscovered in North Mississippi, when the bohemians and blues guys got together, it was an amazing cultural explosion.”

John Fahey, Bill Barth, Dick Waterman, the Lomaxes and other blues lovers who traveled south had different perspectives and the ability, Luther says, “to pluck these musicians out of obscurity and segregation … right out from under my dad and his friends. And once they all got together, they embraced each other.”

But even though Zebra Ranch borders what recent Nashville transplant Luther calls “an enlightened little area” — a triangle from Memphis to Holly Springs and Oxford, Mississippi — he remained unaware of modern-day, electrified country blues until he discovered R.L. Burnside and Junior Kimbrough via Fat Possum Records. That led him to fife-and-drum bandleader Othar Turner, one of the last living links to that pre-Civil War sound.

“It blew my mind! And it blew my father’s mind,” Luther recalls. “He never in his wildest dreams thought that the experience he had in the mid-’60s would happen to his children 30 years later. It was a miracle. A Mississippi miracle.”

Both sons have become respected producers and collaborators, continuing the spirit of renewed discovery with LaVere, Valerie June and Shardé Thomas, Turner’s granddaughter.

Some of them also will appear on an upcoming Sun Records tribute album for which Luther will lead the band, joined by Cody, LaVere and John Paul Keith. The Allstars also will release a 20th-anniversary album of “hardcore Hill Country repertoire” next year.

“My dad and his friends are all dead and gone,” Luther says, “and those songs will be lost if we and their other children don’t carry them on.” 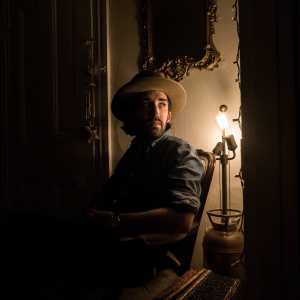 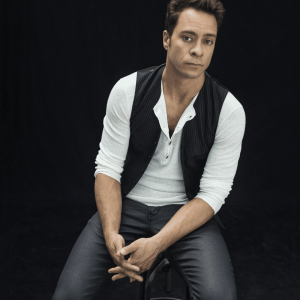