It really shouldn’t have worked. On the one hand, you had Queen, purveyors of fist-pumping, crowd-pleasing anthems featuring a loose-limbed rhythm section, Brian May’s skyscraping guitar, and Freddie Mercury’s rafter-rattling vocals. On the other, you had David Bowie, rock’s great chameleon, who at the beginning of the ’80s was in the midst of a series of dark, challenging albums that weren’t exactly catnip for the pop charts but were endlessly captivating to the adventuresome fans in his audience.

And, quite frankly, “Under Pressure” almost didn’t work, as Bowie allegedly battled for his favored arrangement of the song right up to the point where he threatened to hold up its release. Yet the song somehow married the best traits of these wildly disparate artists to create a huge success (#1 on the UK charts in 1981) and a song that still resonates today long after some of the trendier songs of the era have faded.

“Under Pressure” was born out of an unreleased Queen song called “Feel Like”, which had some of the elements of the finished song but lacked the memorable bassline. That latter element eventually came from John Deacon, and it gave the song a playful bottom end to balance out the more dramatic musical and lyrical elements. (It’s also proved to be quite durable; just ask Vanilla Ice.)

May admitted to Mojo magazine in 2008 that the collaboration didn’t make for the easiest session. “It was hard, because you had four precocious boys and David, who was precocious enough for all of us,” he remembered. “David took over the song lyrically.” Meanwhile Mercury’s scatting, wordless vocals, a bit of studio improvisation that made it to the finished recording, provided the emotional punch to contrast Bowie’s dire, detached pronouncements about pressure.

You can hear the song as a kind of battle of wills between the two men, or at least the characters that they were playing in the song. Bowie is the voice of doom, using strange syntax (“Pressure pushing down on me/ Pushing down on you/ No man ask for”) to get his points across. Mercury plays the pained victim, his hopes for release (“Pray tomorrow/ Gets me higher”) doused by Bowie’s ice-water proclamations (“It’s the terror of knowing what this world is about/ Watching some good friends scream ‘Let me out.’”)

In the quiet bridge, Bowie sneers at optimistic outlooks: “Keep coming up with love/ But it’s so slashed and torn.” At that point, Mercury uncorks a heart-rending cry of “Why?” while Bowie delivers the answer amidst the musical crescendo: “Insanity laughs under pressure we’re breaking.”

Mercury then begins pleading for love’s triumph, which Bowie seems to suggest requires a kind of empathy and self-sacrifice that humanity fears: “Because love’s such an old-fashioned word/ And love dares you to care for/ The people on the edge of the night.” As Roger Taylor’s drums crash all around him, Bowie puts the mirror up to our behavior and its consequences: “This is our last dance/ This is ourselves/ Under pressure.”

The chart success of “Under Pressure” paved the way for Bowie’s move to more accessible sounds on his 1983 smash album Let’s Dance. Maybe he needed Queen to open his ears to the potential in such an approach, and maybe Queen needed Bowie to add a little acidity to their message. In any case, this pairing that, on paper, seemed like a train wreck, turned out to be pure magic on record. 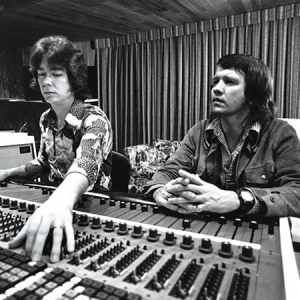