Duran Duran are releasing their first album in six years, FUTURE PAST, out Oct. 22, and shared the first single “INVISIBLE” just a few days shy of the band’s debut performance of the track at the Billboard Music Awards on May 23.

A follow up to the band’s 2015 release Paper Gods, FUTURE PAST is a collection of 12 tracks that the band—Simon Le Bon, bassist John Taylor, keyboardist Nick Rhodes, and drummer Roger Taylor—have been working on for several years, featuring guest producers Erol Albkan, and Georgio Moroder, Mark Ronson, who also worked with Duran Duran on their 13th album All You Need Is Now in 2013.

FUTURE PAST also features a duet with Lykke Li, Mike Garson of David Bowie’s band on piano, and more collaborations to be revealed up until the release of the album.

“When we first went into the studio in late 2018, I was trying to persuade the guys that all we needed to do was write two or three tracks for an EP,” reveals Le Bon. “Four days later, with the nucleus of 25-plus strong songs in the can that all deserved development, I realized we’d be in it for the long haul, but that was before COVID. So here we are in 2021 with our 15th studio album, FUTURE PAST straining at the leash.”

Though written and recorded prior to the pandemic, “INVISIBLE,” featuring Blur guitarist Graham Coxon, captures the hope and uncertainty of life in 2020.

The track initially began as a story about a one-sided relationship but grew into something much bigger, says Le bon because of the lyric, a voiceless crowd isn’t backing down. “John and Roger’s rhythm track is mountainous,” adds Le Bon. “Nick’s melodies twist and soar, [and] Graham’s guitar is a knife. It feels exactly right for right now.”

Rhodes adds, “Sonic architecture has always been incredibly important to Duran Duran. I think, with ‘INVISIBLE,’ we really have managed to carve the sculpture the way we wanted it. Sonically, it’s a very unusual piece of music. I think when you merge all the instruments together, it creates an overall sound that perhaps you haven’t heard before.”

“INVISIBLE” is accompanied by a video featuring an Artificial Intelligence “being” dubbed Huxley, created by Nested Minds Studios, and what the band call “a unique dreamer whose ‘mind’ has been modeled after the cognitive and emotional processes of humans… the very first collaboration of its kind, between artists in different planes of existence.”

In April Duran Duran celebrated the 40th anniversary of the release of their debut single “Planet Earth” by releasing their entire catalog on streaming platforms for the first time. 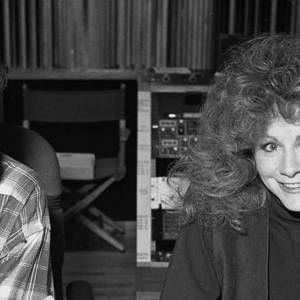 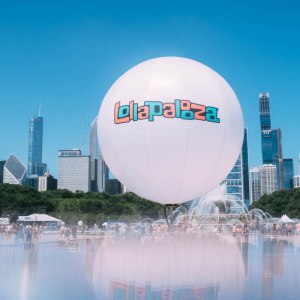