In the second verse of “Random Rules,” the standout, opening track from Silver Jews’ 1998 album American Water, singer David Berman confesses, “I know that a lot of what I say has been lifted off of men’s room walls.” In context, he might be referring to a tendency toward vulgarity or baseness. But taken another way, it almost seems like a meta-commentary on Berman’s uncanny ability to stitch together a breathtakingly beautiful song out of vivid one-liners.

As one-liners go, “Random Rules” contains some of the best Berman’s ever written. He begins with a now-legendary opening line: “In 1984 I was hospitalized for approaching perfection.” Next thing you know, he’s “broken and smoking where the infrared deer plunge in the digital snake,” which is somehow both evocative and cryptic to the point of being nearly indecipherable. But everything returns to a sobering, melancholy core in the song’s chorus: “I know you like to line dance/ Everything’s so democratic and cool/ But baby, there’s no guidance when random rules.”

Berman’s words come together almost like Dadaist poetry — for which men’s room walls can sometimes provide the perfect venue — and Berman does, in fact, have a history of writing poetry outside of music. “It’s kind of like football players in the ‘70s who started endorsing taking ballet lessons. Who am I to argue against sharpening agility?” he told Pitchfork in 2005. “All musicians should write poetry or at least read it if they want to improve their game.”

Take a step back, though, and the connections between each of Berman’s punchy, seemingly self-contained lines grow more tangible. Berman isn’t piecing together lines of a cut-and-paste word puzzle, but rather attempting to pick up the pieces of a relationship that’s been shattered. And suddenly, each of those brilliant little moments sprinkled throughout the song hit just a little bit harder, and sting just a little bit more. And when Berman narrates a conversation with a painter about why roads are colored black, it’s downright devastating: “It’s because people leave and no highway will bring them back.”

By suggesting that “random rules,” Berman muses on the inherent randomness in the universe — the feeling that everything is meaningless, or at least can feel that way when its meaning is stripped away from you. But the song itself is loaded with meaning, humor and vulnerability. There’s nothing random about it at all. 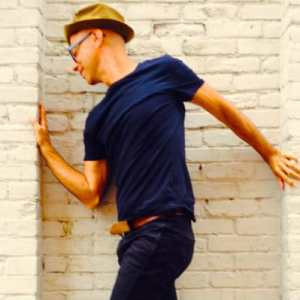 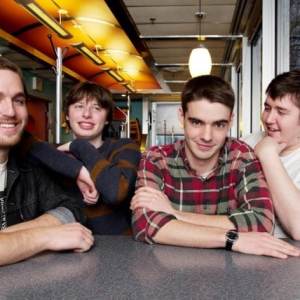