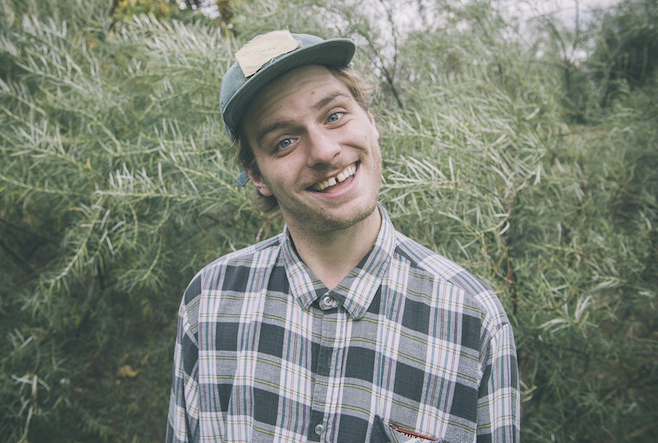 Mac DeMarco’s new album Salad Days marks a change in tone and style for the Canadian singer-songwriter. Deep in a seemingly never-ending tour, DeMarco approached the album with the intent that it could be presented solo acoustic or with a band, and the result is a breezy, charmingly honest, and undeniably strange compilation of tunes about everything from his girlfriend facing deportation to the “Chamber of Reflection,” a Masonic reference. American Songwriter caught up with “Macky” on tour in Nashville to discuss his musical approach, future plans, and what exactly it is that “mom don’t know.”

How are you doing?

Today has been the best day of my life.

Really? What’s been so great about today? I heard you played at Grimey’s Record Store earlier…

Grimey’s really just made me feel very happy. I got so fucked up last night, did a bunch of drugs, got way too drunk, and slept in the van all day. We pulled up in this parking lot and I woke up and I thought I was still sleeping on my friend’s couch in Oxford. I don’t even remember getting in the van. So I was feeling rough, like feeling really bad. And then we played Grimey’s and it really turned things around for me.

You played all the instruments on your record. Why not bring in your band?

I feel like I’m most satisfied when I can do it myself. I’ve tried to have other people drum on my stuff, but I’m always kind of like “I really hate the way you’re hitting that snare.” And especially since I’m recording it. I don’t know how to record another drummer, but I know how to record my drumming, so it works okay.

What instruments are you most proficient in?

Guitar and bass: I’m okay at. Drums: I can scratch my way by. Keyboard: I’m not super good at, but that’s fun for me because I don’t really know what I’m doing, and maybe something weird will happen, y’know?

I read that your approach to songwriting has been consciously more personal on this record. What brought you to that realization?

I don’t think I really came to a realization, it was more like I wasn’t really trying. I’ve been touring a lot, for two years really, and a lot of crazy stuff has happened. Sometimes you don’t get a chance to sit down and take everything in. And then I realized when I got a month off in November, I sat down to write songs everything was just like “oh man,” so I think it was circumstantial really.

It was really sweet how you wrote a lot of the new songs for your girlfriend.

I got a motto: I don’t want to talk about something I don’t know about, and I don’t want to tell people what to do. So, the only thing left is to write about my life, and she’s a pretty big part of my life. Makes sense to me, I guess.

In your song “Passing Out Pieces,“ what exactly is it that “mom don’t know?”

All kinds of stuff. Terrible stuff. I couldn’t tell you. Just a young man getting thrown into like… We’re at the point where people want to give us stuff and I don’t say no much to anybody really. But we’ve been in some strange situations. So you know, it’s just my life I guess.

How old are you now?

How does it feel to be getting so much press, and being on the cover of Pitchfork at 23 years old?

It’s weird, yeah. It’s scary sometimes, and there’s a lot of weird things that happen because of it. But I think I’ve always wanted it, and that’s what a big part of the new album is. All of these things are happening and sometimes I get a little bit off or jaded or whatever, but you can’t do that. I’ve always wanted to do it and it’s what I love to do. So even if it feels like a job, I still really like it.

How did you develop your unique style on the guitar?

It’s changed a lot. I learned to play guitar, like lessons or whatever and was going to a conservatory. And I got pretty good, but then I got disinterested. I used to play a certain way, like really loud. But now I’m finding things that I used to think were really cheesy or really lame, like classic rock guitar sounds weird, the effects, I hated it before. But now I think like flanger? I love it; it’s great. And guitar solos? I would never  put a guitar solo in one of my songs like four years ago. Now I love to do it.

What are some of your favorite albums? Is that a weird question? Are you an album guy or a song guy?

I’m an album guy. I love Plastic Ono Band, I love Ram, Yellow Magic Orchestra’s self-titled album, I love Goodbye Yellow Brick Road. I love uhh, I don’t know, pretty much every Beatles album. It’s important for me, the idea of an album. If I made it as an album then it should be listened to as an album. It feels weird if you have like Katy Perry-style singles and then a bunch of filler. I don’t like that feeling. I like it to feel like a finished product.

How has your live show changed since the record came out?

They’re pretty good. Depends on my mood and how it sounds and stuff, but it’s good. It’s a little shaky right now because we just learned the new songs a couple weeks ago, and we’re still finding exactly where to place them in the set list. Before it was like a well-oiled machine. We didn’t need a setlist because everybody knew what was going on. Even if we were blackout drunk we could just do it. But it’s more exciting this way.

When are you going to take a break from touring?

I don’t know. I don’t really think about it, y’know? We get breaks every once in a while, but I’m usually still pretty busy. I think it’s just something I gotta do, and I like doing it. I think if I had too much time off I’d get crazy.

Your work ethic is undeniable. As we’ve discussed you tour hard, you record hard, and yet you still have this slacker image. How does one work so hard yet still be considered a “slacker?”

You just gotta really, really like what you’re doing. Otherwise, I figure, why even do it? And do a pretty good job.

Any idea on what you want to do with your next record? 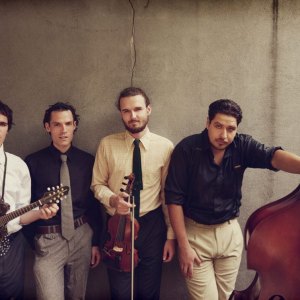 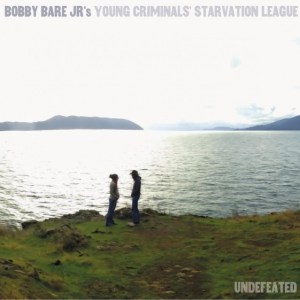