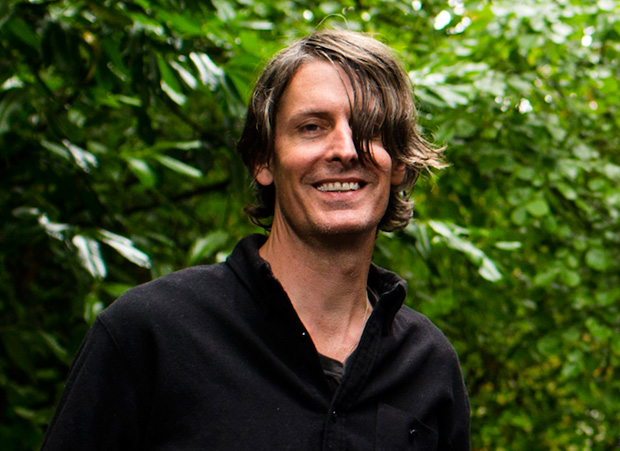 Stephen Malkmus and the Jicks returned this year with Wig Out at Jagbags, the band’s follow up to 2011’s Beck produced Mirror Traffic. American Songwriter caught up with the former Pavement frontman in New York City via cellphone the day of the record’s release to discuss everything from his fear of digital technology to his true feelings on the Grateful Dead.

I like the new record. I really like the drum sound you guys got. Sorry if that’s a weird way to start the interview.

No, it’s cool. All of the interviews so far have been about me, and I understand that. It’s like personality deconstruction or something, and it’s not about what we actually care about, which is more the drum sounds (laughs).

It must be strange to have a public persona. I was reading Chuck Klosterman’s article about you and he made all sorts of sharp observations about your personality and mannerisms. I remember thinking that must be a little bit nerve wracking.

It’s really nerve wracking. And often when it’s wrong or makes me depressed I just try to think, that’s just inevitable with anyone who’s interesting (laughs). I look at really famous people like Bob Dylan and I’m like, they probably did that, eh whatever. And then I’m just a Portland dad, a normal guy, but I’m starting to think like a L.A. movie star or something; that’s a bad sign.

Your new record Wig Out at Jagbags comes out today, and the reviews are already in. How does that feel?

I don’t know, I wish the people would hear it first. But I imagine anyone who bought it had already read a review, and are gung-ho enough to be totally psyched and want to know what it’s about and stuff. Nils sent me something from the New York Times. That still makes my bourgeois heart flutter, because, y’know, my parents read that and (in high mother Malkmus voice) “you’re in the New York Times.” And y’know it’s like kinda cool, I guess. But I wouldn’t lose sleep if we didn’t have a review in there or something. It’s hard to say what it all means. We just want to play some shows, and have them be fun and full. That’s what bands want.

Let’s talk more about production. Even the most polished records you’ve made have had a raw sensibility to them. What keeps you coming back to that sound?

I think it’s, again, fear of the ’80s. Fear of technology, or digital technology. Levers and stuff like that, the things that ruined music and MTV and ruined like Replacements records or something. Combined with somebody like maybe Steve Albini. Y’know he’s a wise guy, and opinionated and clever, and you kinda trust him sometimes. He says reverbs is bad, and be natural (laughs). It’s like “yeah, I kinda agree with you.” And combined with also some 70s records I like, like Led Zeppelin, or things that are kind of corny and sound like that, and hold up. And even the dry sounds of Steely Dan, and wanting to apply that to our stuff.

On the record you joke about being stuck in the 80s, but you seem really knowledgeable about young bands, especially ones influenced by Pavement. Speedy Ortiz is one of your tour supports, and you’ve given shout-outs to Mazes, Yuck and Parquet Courts in interviews.

Well people tell me about it too, I’m not like scouring. Unfortunately I’m not at the record store buying every new record. People say “check it out Stephen,” and of course I like, I mean all of us like, people who like us. I don’t know if you’ve got a girlfriend or a boyfriend or something but, at least with me, I always just liked the girls that liked me. I didn’t really pick. I don’t know. Life picks you or something. So when I hear bands and they say, “We’re into Pavement and we thought they were awesome,” of course we’re going to have a predilection to like them, and want to be part of their scene and support them.

Last year Wilco and Built To Spill both covered Pavement in concert. How did you feel about their takes on your songs?

Those are bands and people that I feel copacetic with. I’ve had moments of clarity listening to their songs; they’re special, really musical bands. And they’re growing old gracefully type dudes. And positive. So I like them both, a lot.

The new record sounds like a wig out at jagbags at some points. In the Pavement song “Unfair,” you refer to yourselves as “the last psychedelic band.” Where does that come in to what you do now?

Some things you hear them and they’re just kind of fried, without taking acid. Like the 13th Floor Elevators, they don’t have to make a ten minute song to be psychedelic. Anything they do just immediately when you put the needle on the record, there’s this aura of danger and a little bit of insanity. So I guess when I’m thinking psychedelic, truly psychedelic, I’m thinking of the insanity to the sound. I don’t really feel that I am psychedelic. Unfortunately. Not me. I’m just too urban or urbane or . . . Of course I can reference that and stuff, and I love psychedelic music. The fact that I’m not psychedelic kind of hurts my feelings sometimes (laughs).

I’ve heard stories about you and David Berman jamming on Dead tunes at parties, but you told Esquire that you weren’t much of a Deadhead. Can you explain your complicated relationship with the Dead? You put that riff from the Grateful Dead’s “St. Stephen” in the song “Cinnamon and Lesbians.”

(Laughs) Yeah. It’s interesting, but it’s pretty simple. I like the early stuff, recorded and live, like Pigpen and the acid-y stuff. And I like Workingman’s Dead and American Beauty, and I don’t really like it after that. And I didn’t go to shows, and I don’t listen to bootlegs much. I’m approaching things from albums and what they recorded. That’s what I know. I’m the suburban guy who just got the albums. I just created my own vision of things; I didn’t really get into the scene.

“Planetary Motions” is a strange album opener, kind of a slow burn and maybe less accessible than some of the other tracks. You have a tendency to start some of your records off like that (Pig Lib, Wowee Zowee).

I know what you’re saying. A long time ago it was going to be the starter, before we even recorded the album. I have a demo of it and it actually has electronic drums on it, I played the drum parts (hums the part) with my fingers. That’s kind of derived from classic rock mixed with a hambone kind of rhythm. This is a long story. It wasn’t turning out like we wanted the song; we kept remixing it. We finally figured out how to make it sound good and it went it back to the front of the album. It was one of those things where you struggled all night. Double vocals is kind of boring and it’s basically one long guitar solo in a certain way (laughs). Or a riff. It’s either a riff or a solo at all times. Or a wah-wah. It’s just like a love poem to the guitar.

Did you try any new songwriting approaches on this record?

Eh, I don’t know. That “J Smoov” song is kind of like soul or R&B style on that one. I mean, I don’t know if you can say if there’s anything that “new” that I do anymore, for better or worse. I don’t go in and say “I’m gonna do something different this time.” I kind of wait for things to come to me, a little bit. I don’t try to force them to be different. I think that’s how my life is now: having kids. You’re watching them for what they are, and trying to see them, and not them through your eyes. See them through themselves. So that’s how I do the song thing (laughs).

This article appears in the March/April issue. 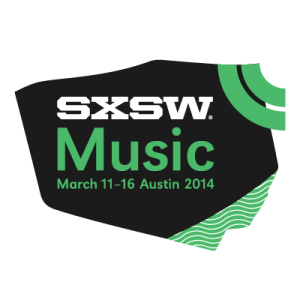 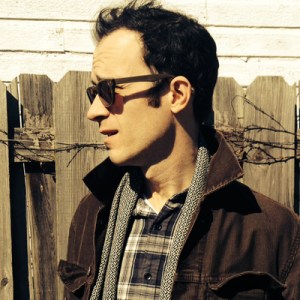