November/December “On My Deathbed” winner Colin Halliburton reveals his prize picks.  From Paul Simon to Miles Davis, read Colin’s blog post below on the picks that helped him win the HD Dierks Bentley Martin Guitar.  And enter the next “On My Deathbed” contest for your chance to win a Martin D-Mahogany Guitar.

The true test of a song is when it’s played in its most naked, skeletal form — acoustic guitar and vocals.  That’s all Townes needs to break your heart in all the right ways.

Some think he mimicked Miles’ trumpet style.  Maybe so.  Who cares?  But, it was Chet’s voice that set him apart.  The soft, smokey, almost effeminate timbre, had such nuance and soul. Undeniable.

This is a headphone record through and through.  I still discover weird little production flourishes hiding in the corners.  Oh, and my friend Rob plays bass. NAME DROP!

Despite some cringe worthy 80’s production values, I never tire of this record.  It reminds me of listening to it in my Dad’s ’84 Volvo wagon.  The push button overdrive rarely worked but when Graceland was in the tape deck, we didn’t care.

Is This It – The Strokes

This is just a perfect record, start to finish.  Tight, concise pop songs that are sexy and cool.  Julian is such a classic crooner!  I also have a Pavlovian reaction while listening to Is This It — it makes me really want to drink beer.

Into The Great Wide Open – Tom Petty and the Heartbreakers

I discovered this album about a year ago and can’t stop listening to it.  “King’s Highway” is the ultimate driving song.  Coincidentally, Richard Dodd, who engineered this record, mastered my band’s last record — THE ROSELINE “VAST AS SKY” (Shameless Plug).

The single biggest catalyst for my band’s existence.  Just don’t call us derivative.  It’s an odious comparison!  Just kidding, you can call us whatever you like.  It’s a subjective business were in.  All that aside, Jim Scott’s production is flawless and Ryan’s voice has never sounded better.

I have a strong aversion to most jam band music and its accompanying culture, but MMW are really the only band that is still making relevant, progressive jazz music.  If I was a hip hop artist, I would sample the shit out of this record.

What can I say about this record that hasn’t already been said?  An unrelated side note — my dad peed next to Miles once in a small club in Kansas City.  So that’s pretty cool, I guess.

Timeless.  And it’s pre-refrigerator magnet poetry from Tweedy.  “Back in your old neighborhood, cigarettes taste so good, but you’re so misunderstood,” has always resonated with me far more than “Take off your Band-Aid because I don’t believe in touchdowns.”  But, that’s just me.

To enter the January/February “On My Deathbed” contest, simply click here and tell us the “ten albums you’d take to the other side” and you’ll be entered to win a Martin D-Mahogany Guitar. 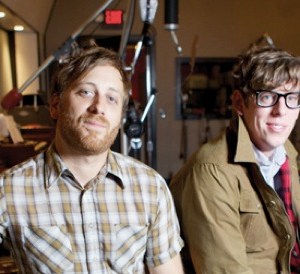 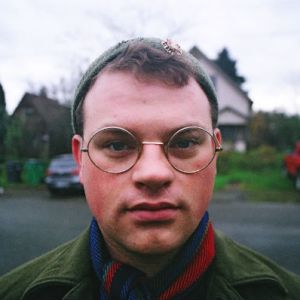