Pop-punk artist Machine Gun Kelly went on Howard Stern’s radio show on Wednesday (March 30) and talked about a number of pertinent topics, from the death of his friend Taylor Hawkins to his upcoming wedding and his latest album, Mainstream Sellout, which is out now.

MGK and Hawkins’ band, the Foo Fighters, were supposed to share a bill for a music festival but it was cancelled due to rain. So, the Foos invited MGK and his crew to hang out.

“The last thing that he had said to [my drummer was] ‘I’m just so bummed I didn’t get to see you guys play,’” MGK remembers of that hang. “I really want to thank him and let his kids know that he made us feel … so confident in ourselves and loved, and your father [was] a great, great man and we were all lucky to know him.”

In 2021, MGK and actress-model Megan Fox announced their engagement. And while the two don’t have a wedding date planned, the rocker did say that his friend, comedian Pete Davidson, will certainly be there in attendance when it all goes down.

“I think Pete’s absolutely gonna be standing there with me. We should just mic him for commentary anyway,” MGK said.

When Stern called their friendship a “bromance,” MGK added, “We both came into each other’s life at the right time.”

Speaking about Davidson’s relationship with Kim Kardashian, MGK said, “I’m so happy for him.”

Stern then asked MGK if he was there for Pete after Kanye West rapped about him: “Totally,” MGK said. “I got thrown into that too, oddly enough. At the end of the day, man, we’re young men trying to find our place in the world and figure it out, and it doesn’t really help that you have a million voices ripping you apart.

“We love everybody, man,” MGK continued. “We have so much love. It’s almost like, if we need to be the vessels for someone’s anger, then so be it. That must be why we’re here. I do hope that they can feel our spirit and see that we love you.”

Speaking about a recent Ayahuasca [psychedelic drug] trip he did with Fox, MGK said, “I was not around people that look like me. I was around Peruvian shamans who don’t speak English, who are looking at me with my tattoos and my bleached hair and my jewelry, and [they’re] being like, ‘I don’t judge you. I don’t see you for anything other than the soul that needs to be fixed, and I’m going to do that.’ That fucks me up that they would still give us love and we can’t even just let them live. We’re killing their culture, and that culture is saving people like me.”

Lastly, Stern asked MGK about his cameo in the recent Jackass movie.

“My favorite part of that was they were like, ‘Oh, it’s not going to feel like anything, and it smacked me into like what was the coldest pool I’ve ever felt, and I got out and I was like, ‘It hits you so hard,’” the pop-punk frontman said. “They were like, ‘… we tested it on another guy, but it didn’t hit hard enough to make him fly off so we like loaded in like four times as much nitrogen or whatever to make it slap harder.’” 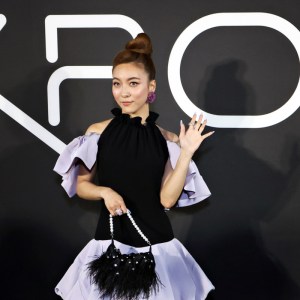