Ever since Macy Gray exploded onto the scene with her 1999 debut, On How Life Is, she’s been a beloved icon in the worlds of R&B and soul. From her inimitable, blissfully raspy voice to her bombastic, hi-fi arrangements, her songs effortlessly hone in an impactful and powerful sound. Known for always evolving and openly embracing new technologies, Gray is a true innovator. But for the 53-year-old singer-songwriter, the unprecedented year of 2020 proved to be a period of growth, both in and out of music.

For starters, once the COVID-19 pandemic hit, she holed up in her home with her children and her mother, getting to spend good quality time with her family. Then, in the wake of the murder of George Floyd and the corresponding protest movement, she kicked her 501(c)(4) non-profit, My Good, into high gear, focusing on aiding the families of police brutality victims. Then, she got involved in a plethora of streaming events, including Richard Weitz’s Quarantunes. Through it all, she got her hands dirty in the actual process of raising money and advocating for change, which proved to be an eye-opening experience.

Beyond this, Gray was also busy cooking up new music with her longtime touring band, The California Jet Club. In April, the group put out their first official single together, “Thinking Of You,” which features an impassioned performance in a soulful, acoustic setting. Then in May, Gray unveiled a collaboration with D’Sound—titled “Save Some,” this funky track shows off Gray’s knack for catchy hooks and undeniable vibes.

Gray hopped on a Zoom call with American Songwriter to talk about it all. Hitting everything from the responsibility of artists to use their platforms to the stories of her new singles and more, she opened up about both her perspective as an artist and her worldview as a human. Read the conversation below:

American Songwriter: When did you first hear about COVID-19? What were the early days of the pandemic and quarantine like for you?

Macy Gray: It was interesting. At first, it was cool. It was like, “Oh, I don’t have to go anywhere—I can just order my groceries and watch TV.” But, of course, that was under the assumption that it was only going to be temporary, you know? Then it got old.

I was already planning on starting an album. So, we did it—that pretty much took up my year. But I did other things too—like an online TV show and a thing called Quarantunes with Richard Weitz from William Morris, where he would get all these celebrities and industry people on a big Zoom. He would have everyone from me to John Legend, H.E.R., like, you name it, and we would raise money for different causes. It was really cool to be a part of that, to help people at a time when people needed it the most.

We also started a new charity called My Good, where we support families who have lost loved ones due to police violence. So, that was interesting—I didn’t know how much work a foundation charity was. And then, I had my full house the whole time because my mother was in town. She got stuck here, the flights stopped, so she wasn’t able to fly home. One of my kids was supposed to go to school and she was stuck here too. And then there were two other kids here that were supposed to go to school, and they got stuck here as well. So, it was fun. I mean, like everybody else, we just made the best of it.

AS: Tell us about My Good—where did the idea for this project come from? What was the experience of running it like this past year?

MG: We already had a 501(c)(4) to help and support people who need mental health services because they can’t afford them. So, we were lucky in that we were already putting that together. Then, we decided to focus on families who had experienced police brutality in some way. That was an area that people weren’t really focusing on: what they go through after. If you notice, of all those cases that you see on television, none of them live in the hills or in rich areas. It’s definitely an economic thing and a status thing.

So, we wanted to come in and really support those people with the things that they needed after tragedy. I have two very close friends—Grace Blake and Charyn Harris—and we just did it, we didn’t have anything else to do, so the timing was perfect. It was cool. I mean, it’s been a huge learning experience for me. It’s a big undertaking, so it’s still coming together, really. But we’ve been able to help some people out a lot, so it feels good.

AS: Would you say that artists have a responsibility to use their platforms to elicit meaningful change?

MG: Absolutely, I think it’s everybody’s responsibility. It’s easy to vote and protest and post your opinions, but I think if you really want the world to be a better place, you have to participate in that. You have to do your part.

It’s easy to say, “So and so said this,” and “They didn’t do that,” and “That’s why I don’t have this,” but we all know that, you know? But, living in a house, everybody has to participate—whether it’s a negative house or a good house. You have to make sure the rent and the light bills all get paid, and the dishes get done. If you want where you live to be better, everyone has to participate.

AS: On that note, you’ve spoken before about the challenges faced by Black artists in the music industry—like how even in the R&B space, young white artists often overshadow Black artists. Do you feel that the industry itself has adequatley responded to this systemic inequity and racism?

MG: I don’t know if it’s “racism,” you know? I know a lot of record executives, and I don’t know if their decisions are always based… well, I guess that is racism, if you look at it that way. We’re just in a business of catering to what people respond to. So, if you have a 17-year-old white artist, it’s gonna be an easier sell than a 50-year-old Black lady. In terms of going out to fans and promoting it, it’s just easier for them.

I remember when Eminem came along—he was the “white guy who could rap” and it went bananas. That’s just the world we live in. I don’t know if I’d accuse everyone out there of racism because of that. But, I do think that at the end of the day, the beauty of music is that the audiences don’t care. If Elton John was a purple dude with orange hair, but he still sang those songs like “Tiny Dancer,” would that keep you from wanting to listen to it? You know what I mean? So, it’s hard to call racism in music, but there are things that go over a little bit easier than others.

AS: Tell us about your new single “Thinking Of You”—this is your first release with The California Jet Club?

MG: “Thinking Of You” is from a new thing—it’s Macy Gray and The California Jet Club. That’s the band that I’ve been touring with for a few years, so we decided to make it official and make it a whole thing. Last July, we started working in the studio and “Thinking Of You” was one of the first songs that we finished all the way. My drummer was playing his acoustic and hitting the kick at the same time and it just popped into my head. We wrote it that day. I don’t know—it’s about how, in the middle of all this, “You’re the one I think about the most.” That was the message.

AS: Tell us about the new single “Save Some”—this one was a collaboration with D’Sound?

MG: That one fell in my lap. My friend, Autumn Rowe, is actually married to the drummer of D’Sound. I didn’t even know she had moved to Norway, but she texted me one day and said, “Hey, this band-blah-blah,” and then, of course, I said, “Oh, sure, whatever.” Then, she sent me the song and they left a verse open for me to write. I wrote it and it just hit, you know? Everybody just loves it. It’s really cool, and I love that song. It’s just, like, no worries—let’s just go dance.

AS: How do you feel now? What’s the future look like for you?

MG: The future looks so bright. I’m very excited about what me and my band are doing. It’s a really great album—I know every artist says that, but this is actually really great. We’re also working on thinking about how to spread the word, how to use social media better. We’re doing a lot of things. We’re gonna start putting out live versions of our singles, we have another song dropping soon called “Undone”—it’s incredible, the best song on that album. We’re doing a video. We have a tour, 2022 is pretty much booked up. But, it’s hard to tell everybody your plans at this point because everything is so up in the air. But, we’re going big and we’re having fun—that’s what we do.

Macy Gray’s new singles “Thinking Of You” and “Save Some” are out now—watch the music videos for them below: 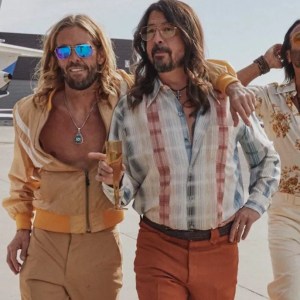 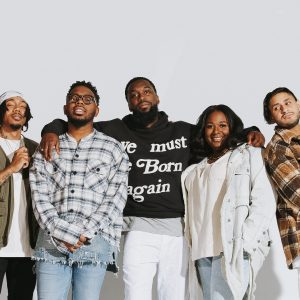