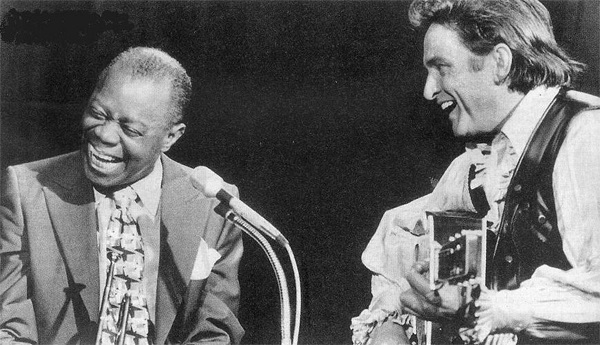 This article appears in our March/April 2014 issue, which includes several features on the New Orleans music scene. Subscribe here.

Aside from popular hit-makers Al Hirt and Pete Fountain, Crescent City musicians have made scant use of the vaunted studios of Music Row. Visits by New Orleans artists of African-American heritage have been even rarer. However, during the late summer and fall of 1970, a pair of mold-breaking, yet now nearly forgotten events took place, with three giants of music history commanding the leading roles.

We can never be absolutely sure why what happened happened, or why it happened where and when it happened. Let’s just surmise that the seed was sown with Cowboy Jack Clement perusing a 1969 New York Times interview. The subject was queried as to his opinion about the “country-and-western and folk music so favored by the young.” “Pops, music is music,” 69-year-old Louis Armstrong replied. “All music is folk music.”

Maybe this ignited a light bulb in Clement’s ever-inspired imagination. After all, four years earlier, Jack had boldly obliterated country’s color barrier with his discovery of an unknown crooner named Charlie Pride. Clement’s songs and production acumen had taken Pride to the brink of country superstardom. Ray Charles’ soulful, commercially successful re-interpretations of the Music Row songbook might also have factored in.

Even in his sixties, Satchmo’s inimitable sandpaper-y vocal style made “Hello Dolly” and “It’s A Wonderful World” into smash pop hits. For a kid who’d first picked up the cornet in 1912 at the Colored Waifs Home for Boys in hometown New Orleans, Armstrong had come a very long way. Heralded by peers as the jazz world’s greatest horn man, he had become one of most endearing and recognizable entertainment figures of the 20th Century.

Sessions for the Louis ‘Country & Western’ Armstrong album (Avco Embassy Records) took place in August of 1970. As he had done on countless such occasions, Clement oversaw an ensemble of top Nashville studio cats from the producer’s chair. However, the studio itself was not one of Clement’s own facilities. In fact, it was not even on Music Row, but rather somewhere on an island – called Manhattan.

For health reasons – Armstrong suffered kidney and heart problems in his later years – one of the world’s most-traveled music ambassadors had been advised to stick close to his Queens digs. Another malady – chronic leukoplakia of the lips (a corn-like sore) – probably explains why he never unpacked his horn.

Reviews of the release ran from ebullient: “No one in the jazz community ever tackled Country with such zeal.” – Trevor Maclaren; to somewhat less keen: “No rating system of any kind can really describe just what a total piece of crap it is.” – Eugene Chadbourne (who did go on to praise the song selection and the choice of Clement as producer.)

The actual New Orleans-Nashville connection would come two months later with Armstrong’s guest appearance on CBS’s The Johnny Cash Show. The black man with the neon-white teeth and the Man in Black sat down to jam on Jimmy Rogers’ “Blue Yodel” (recreating Armstrong’s contribution to the Singing Brakeman’s 1930 sessions.) Although the five-minute, five-second segment reveals Satchmo’s rusty horn chops and shortness of breath – as well as Cash’s complete ineptness at yodeling – during the intro repartee, Armstrong elicited guffaws from both host and studio audience by cracking, “We’ll give it to ’em in black and white.”

A subplot of this tale involves the instant rapport between Lucille Wilson – Armstrong’s  fourth wife of 29 years – and session drummer Willie Ackerman’s better half, Jeannie. When the two new fast friends reunited at the Cash taping, Jeannie Ackerman recalled, “Lucille told me someone put them in a damned old partially-segregated motel downtown by the Capitol building in a rough, red-light district.”

Louis Armstrong had given command performances for European royalty. Yet, Nashville relegated him to accommodations with no hot water. This must have been exceptionally painful for this proud jazz icon who, to protest segregation, had refused to return to New Orleans until 1965, after the passage of the Civil Rights Act.

Still, Jeannie Ackerman remembers fondly, “When Louis finally walked out on stage, all the symphony string players started tapping their bows on their music stands, the horn players and other musicians started applauding! It was really quite a moment to see the love they had for Louis.”

Louis ‘Country and Western’ Armstrong comprised the last studio recordings by a prolific artist credited with approximately 1,500 sides over a half-century record-making career. Satchmo met his maker in July of the following year. Cash, then Clement, too, eventually followed him to their respective rewards. 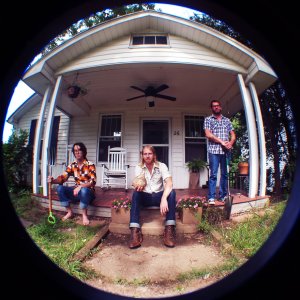 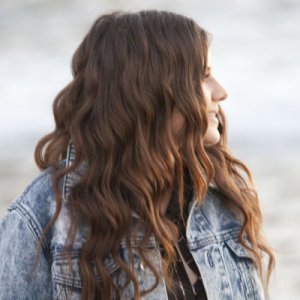