Marc Cohn & Blind Boys of Alabama
Work To Do
(BMG)
Rating: 4 out of 5 stars

In retrospect, it seems that Marc Cohn’s first big hit, the 1991 Grammy-nominated “Walking in Memphis,” was just a prelude for this meeting of gospel legends the Blind Boys of Alabama and the Cleveland-born/NYC-based singer/songwriter/pianist. Despite a clutch of solid but commercially disappointing albums since then, Cohn hasn’t duplicated the success of “… Memphis,” which remains his signature song.

Based solely on that track (which not surprisingly appears here in a concert setting), this joyful collaboration makes sense since Cohn’s music generally drifts towards gospel-inflected pop. Bringing in the legendary Blind Boys not only enhances that, but allows Cohn to write some — but not enough — new material enriched by the church-wise singing and harmonies of the veteran vocal quartet. While many may be disappointed that only two newly penned tunes take full advantage of this partnership, the remaining seven live tracks are a natural and logical extension of the concept.

Although the opening traditional “Walking in Jerusalem” (no relation to the similarly titled “… Memphis”) is all Blind Boys, as is a riveting live “Amazing Grace” (imaginatively rearranged to the melody of “House Of The Rising Sun”), the rest showcases Cohn’s dusky, emotional voice, rustic songwriting and unassuming yet effective piano playing. The combination works particularly well on Cohn’s gospel “Baby King,” revised and revisited from his 1993 The Rainy Season disc, and a stripped-down “Ghost Train” dating back to his debut. When the Blind Boys’ vocals enter on the chorus, singing the lyrics, “And then the sky broke up/ And then the rain came down/And it washed away everything on the ground,” the effect is sanctified and mesmerizing.

Cohn dusts off his lovely Levon Helm tribute, the moving “Listening to Levon” from 2007’s underrated Join the Parade, although the Blind Boys are barely there on a song that surely would be even better with their presence. And of course there is “Walking in Memphis,” perhaps in its definitive version. The live gospel vocals emphasize the song’s already churchy feel as BB’s frontman Jimmy Carter’s voice brings the house down.

Two terrific new studio originals kick off the disc — the gorgeous and inspirational title track and the cool, inspired swampy “Talk Back Mic” — show that this musical relationship has further possibilities only touched on here. Hopefully there will be a follow-up to further advance this impressive and beautifully conceived, long time coming, meeting of the minds. 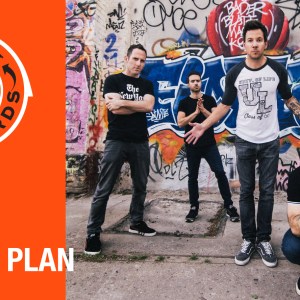 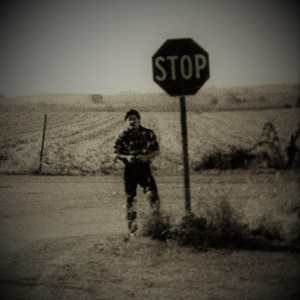