What compelled you to enter this song in the lyric contest?

I’d been on the email list for years and would jump on the site to read articles about artists and records but I had overlooked the contest until last fall. Anyway, I checked out a couple of songs from the winners and thought they were really good songs and I guess that’s when it flew onto my radar.

This song was written about 23 years ago a week or so after my father passed away and was a really wordy folk song that went on and on.  I recorded it on a cassette and shelved both the cassette and the notebook the song was written in and focused my attention on raising my newborn son with my wife and working on advancing my career. Fast forward to a few months ago when I received an email from my brother with some old pictures of myself standing on the road that leads to the river I sing about in this song. It was close to Johnson’s Covered Bridge and there were what looked like endless cornfields behind me. I suppose I benefited by trying to keep my mind open and free because seeing the picture served as the catalyst to open the book back up on that song and I sat down and wrote two new verses and a chorus within an hour or so and eliminated a bunch of unnecessary information. I think the song cleaned up pretty well. I admire John Steinbeck and Flannery O’Connor’s writing styles and I strive to write songs that tell stories and evoke the vivid imagery and emotion that they do with their work.

I’ve also tried to be really cognizant about trying to get the most mileage out of each line in a song from the standpoint of how it contributes to the story. A great example is John Prine’s line in Sam Stone, “There’s a hole in daddy’s arm where all the money goes.” Matthew Ryan has a great line in “Some Streets Lead Nowhere” that goes, “We smiled like two sailors with holes in our sails.” You can see it, feel it and understand what they are thinking. There is only so much space in a song and getting the most out of each line is something that I try to keep in mind when I do write.

Yes. A lot of the time the words and melodies come together. It might be a melody for a verse or a chorus but there always seems to be something to build upon. Having said that, the original melody and chord progression was scrapped for this song when I came up with the new version. It’s basically a three chord country-folk song in 3/4 time. The melody has a slight traditional Irish folk feel to both the verse and chorus which lends itself to making the chorus a somewhat decent hook if you think of it in the traditional Irish  folk band arrangement sense. The instrumentation I hear in my head has acoustic guitars, fiddles, a bass, accordion, and some light percussion.

Tyler Childers is a pretty exceptional storyteller. His songs evoke a lot of vivid imagery that remind me of growing up and living in southeastern Ohio. And although he is not new to me, I’ve also been listening to a lot Willy Deville who co-wrote a few songs with Doc Pomus which led me back to rediscovering Pomus’ work. I played some of his songs in bands back in the early eighties but I didn’t really know much about him. He’s not Dylan but he’s a really great songwriter. I also like listening to the work of some producers. Pretty much everything Dave Cobb has done in the last 10 years or so is great.

I’m not sure I can totally define that because a perfect song just sort of happens — you know it when you hear it and it feels right whatever right might be at a given point in time. Having said that, whether it’s rock, country, blues, folk or any other genre, from my perspective, it’s got to be connected to its roots and have soul. I also think any song that connects to people on some level which in turn connects them to other people would be heading in the direction of a perfect song. Right now, I’m thinking that “Lonely Avenue” written by Doc Pomus and performed by Ray Charles in 1956 (I believe) is pretty close to perfect. 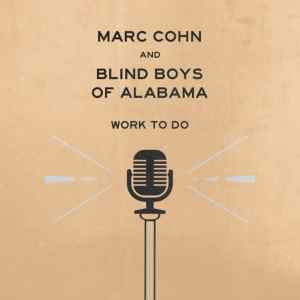 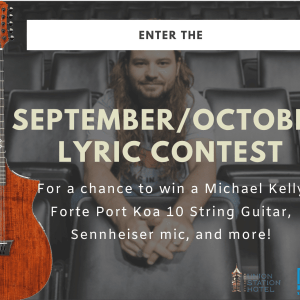