“This record is like a bed of moss to me – a place where all my feelings are supported by nature, and is made up of intricate players that somehow ended up in the same beautiful place together,” explains singer/songwriter Marin Patenaude about her second album Sight Unseen (pre-order/save).   While the creative process for some mines deep-seated memories, emotions and psychological narratives looking for an escape, for others like Patenaude, it’s a return to the primal and innate world where melodies and words flow naturally.

“The honesty and love that the players and engineers brought to Sight Unseen made the process a beautiful experience when it could have been a mess.”

Accompanied only by the gentle pluckings of an acoustic, the gentle and unguarded opening track “Sight Unseen Part 1” highlights Patenaude’s silky vocals, reminiscent of Joni Mitchell and Margo Timmins of Cowboy Junkies. It’s a heavy-hearted beginning to an album drenched in emotions. “There are big feelings of all kinds in this music,” she replies. But in between the lilting confessional folk is a raucous and wild spirit that peeks its head out now and then, like on the chiming and soaring Neil Young-ish “Paint It Green” or the piano-led “Don’t Sell the Farm” that sways with a country charm until in erupts midway in a manic and swirling fortissimo bridge.  These are welcome breaks that uplift the wrought melancholy that precariously toes the maudlin line.

“We scratched tunes, totally revamped others, I lost perspective, and found it again in deeply secure ways,” she explains about the writing process for this album. An independent artist who self-released her celebrated debut, she was pleasantly surprised when Dallas Green (City and Colour’s beloved frontman) unexpectedly reached out to her.  “Prepared to put my second album out into the world in a half-assed way (like I did my first album), I was gobsmacked and speechless when I heard from Dallas Green in a blissful text message,” she recalls of his offer to put out her album on his Still Records label.

As the writing of the album commenced and Patenaude was in the midst of recording, tragedy struck. Karl “Horse” Bareham who was mixing the album was killed in a tragic scuba diving accident in Australia.  A close friend and production partner of Green’s, his death was especially difficult not just because it affected the recording but because she had had started a strong friendship with him.  “[Dallas and I] grew close,” she recalls, “but I grew closer to Karl as he mixed the album. When my friend Ben Rogers called and told me of Karl’s passing, it floored me. We were meant to see each other in a matter of days, but instead now found myself in the woods of my hometown with no one to mourn with, weeping on a bed of moss beside my dog.”

Channeling this grief into the threads of her album, Patenaude’s heart-rending emotional breadth breaches the surface and exposes her vulnerability throughout the album, undoubtedly aided by the wail of Scott Smith’s ever-present pedal steel. The dulcet tones of “The Build” ebb and flow into her silky vocals, swelling and swaying to a powerful crest that eventually recedes quietly, leaving no trace of her melancholy. It’s these subtle and brilliant bursts that render Sight Unseen a gorgeously understated and graceful record.

“Revisiting the process, I realized how much of an emotional rollercoaster this record was to actually bring to completion,” she says, channeling some of the exhaustion that she foisted into the record, channeling not only her musical heroes like Joni Mitchell and Sarah McLachlan but also those voices deep inside her and throughout nature.

“This is an album of release, healing, and celebration. It’s tracked by the big feelings of an impassioned woman, stories from long ago, and fervor for current beliefs, all with nature as the backdrop. Much of my life has been about trying to connect and aspiring for deep intimacy. I found that with this music, and the incredible relationships that were built around it by muses and musicians.” 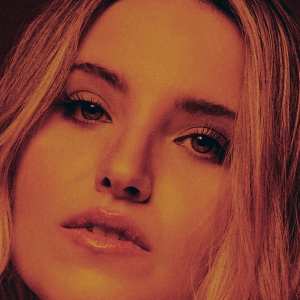 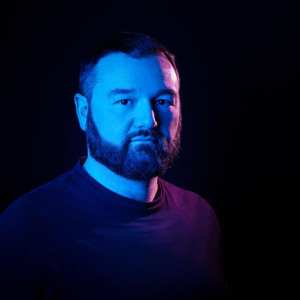