The Founding Member of The Motels, Author & Gainesville Native on His Friend Tommy

“I always called him Tommy,” said Marty Jourard of his old friend Tom Petty.” He called me Marty J., or sometimes Murky Giraffe.”

Marty’s most famous as a member of The Motels, whose most recent album was 2018’s The Last Few Beautiful Days. But he’s also a native son of Gainesville, Florida, where he and Tom were pals from early days on, and shares stages and musicians on the Gainesville circuit.

Marty also played sax on two Heartbreakers tracks, “Down The Line,” (b-side to “Free Fallin’“) included below in his list, and also “Mary’s New Car,” from Southern Accents, which Tom wrote when Mary Klauzer, his manager and “Heartbreakers’s den mother,” as he called her, got a new used car.

Marty’s also a scholar, and the author of Music Everywhere: The Rock and Roll Roots of a Southern Town, the preeminent book on Gainesville and the miraculous multitude of great musicians who emerged from there. Published by University Press of Florida (www.upf.com), it was awarded with a medal from the Florida Book Awards in 2016.

Marty not only knew Tom intimately, he knows his songs intimately. So we asked him if he could name five of his favorites He gave us six.

While corresponding with him, it was poignant how he always refers to Tom as Tommy, as does Tom’s wife Dana. Asked about this, he wrote:

“I always called him Tommy, it’s just how it was. He called me Marty J, or sometimes Murky Giraffe. Sometimes I called him Dim Pretty. We even made up names for the other guys, too. Benmont was was Tenmont Bench, and Randall was Crazybeat Marsh.”

MARTY JOURARD: I met Tommy in the early ‘70s in Gainesville when Mudcrutch and my band Road Turkey (including future Heartbreaker Stan Lynch) played some concerts and club gigs together.

Our acquaintance continued and grew during my years in Los Angeles. For several of these years I lived a couple miles away from TP and would visit at his Encino home, where I spent many an hour smoking and talking with him. By then I was in the Motels and we talked of music and many things.

Tommy was easily the smartest guy I’ve ever hung out with. His pinpoint intelligence and absurd sense of humor lurked behind a supposedly laid-back persona. Anyone that actually knew Tommy realized he was about as laid-back as a hornet on Red Bull. He had a tremendous amount of nervous energy that was most likely tempered by firing one up, although in later years I learned that his marijuana intake dropped significantly.

It was a singular experience to watch Tommy’s trajectory from such a vantage point, beginning in Florida when we all played the same bars and clubs, up through the Heartbreakers, his solo albums and the Traveling Wilburys.

It is now quite apparent that Tom Petty was both a musician and a poet. Bob Dylan told him as much, yet Tommy recalled “Although I was impressed with what he said, I couldn’t help thinking it’s like being told you’re an archer. Well, they may think you’re an archer but you know you don’t own a bow.”

I finally realized the depth of his ability with words and imagery in 1981 when I read the lyrics to “Insider.” That was the one that did it for me.

With all or none of the above in mind, here are a few of my favorite Petty songs.

With the exception of one rhyme (oh yeah alright/take it easy baby make it last all night), the lyrics are entirely blank verse, unnoticeable when listening until someone brings it up. Harmonically there is an unexpected chord in the verses, an E major. In popular music the typical E chord following a root chord of D major would be an E minor. The way to really appreciate his combination of simplicity and creativity is to play these songs on guitar, where they were written–all open chords, with the exception of B minor. Easily one of his best.

Capo your guitar on the fifth fret and start messing around with the I, IV and V chords using as little hand movement as possible and you might come up with “Wildflowers”…but probably not. Tommy told me he wrote this in real time as he was recording it, all in one take, just pushed record and started playing and singing, the only time a song came to him in that way. I saw the setup he was using at that time for recording demos at home: an Alesis ADAT, a stereo Neumann microphone and in this case, a Martin 12-string.

Written during the Wildflower sessions, Petty decided it was too similar to another of his songs and didn’t include it on the album. Rod Stewart recorded this song for his 1995 release “A Spanner in the Works.” The opening lines: Well I chased her/through the alley/ and over the hill/to steal her will/She was as hot as/Georgia asphalt/when the A-Crowd came/to adore her brain.

This is the second Petty lyric that begins with “Well,” the other being “American Girl.”It’s tempting to provide the entire lyric but excerpts must suffice.

You should have seen her/back in the city/poetry and jewels/broke all the rules/She was as high as a Georgia pine tree/makeup and pills, overdue bills.

Tommy’s singular sense of humor pops up in “Heartbreakers Beach Party,” “Girl on LSD” and this B-side of “Woman In Love,” all 1:35 of it. There really were gators in Gainesville, occasionally on lawns when they wandered from their normal lake habitats. The singer observes that on every other day he has a gator on the lawn, and suspects one has possibly stolen food from him, as outlined in the third verse:

Well I jumped out of bed/run across the street/asked my neighbor where’s my meat?/I had a red raw steak/can’t find it anywhere/he looked at me/said ‘what the hell do I care?’/Come on/every other day I got a gator on the lawn.

Tom Petty and the Heartbreaker’s thirteenth and final studio album isn’t just good, it’s  great, to my ears among his best work. Here is a rock band and a songwriter (in this case, co-writer with Mike Campbell) both delivering at the top of their game. The opening section preceding the first verse features stellar playing from Campbell during which he somehow makes it sound like his guitar is throwing up–give it a listen. Returning member Ron Blair’s bass playing on the track is particularly good, as Petty asks you to see those fault lines/laid out like land mines/it’s hard to relax/a promise broken/the ground breaks open/love falls through the cracks and, possibly in self-reference On the high wire above the wildfire an old acrobat/On faulty cable still he’s able not to fall flat.

This song, a co-write between Petty, Campbell and Jeff Lynne was no doubt inspired by King Floyd’s “Groove Me” and includes Jeff’s sax arrangement specifically dictated to me note for note, harmony for harmony, twenty-three tracks in all, then mixed down and “wilded in” for the choruses, long before Pro Tools came along.

Working alongside these three is one of the highlights of my musical life. Petty had a new set of lyrics he wanted to try out and I watched a few minutes of him singing them, the story of a woman who was hoping for something better to come down the line:

Well the old man caught her/and he moved out last Summer/yeah, she was down for a while, but she came around with time/ She met a guy at work she thought was kind of good lookin’/ Yeah, on Down the Line…”

Marty Jourard has been playing music for fifty years and as a member of the Motels for twenty. He is a music educator and an author. His latest book is Music Everywhere: The Rock and Roll Roots of a Southern Town, published by University Press of Florida (www.upf.com), which won a medal from the Florida Book Awards in 2016. 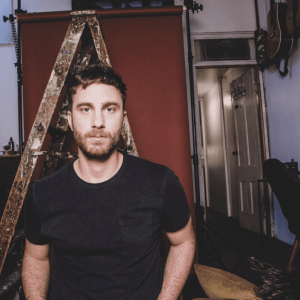 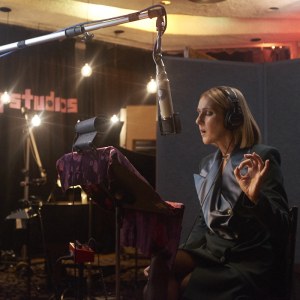