Songwriter and multi-instrumentalist Matt Hegarty — the frontman of English alternative folk outfit Matthew and the Atlas — is the heart and soul of Communion records, having signed on as the label’s first artist six years ago. On April 22, the band released their sophomore studio album, Temple, which sees Hagarty and company return to their roots with tender folk-rock melodies. We chat with Hegarty about Neil Young, the significance of Temple‘s cover art and traveling to Nashville to record the album.

I started messing around with ideas and trying to write songs when I was around 16 years old, but didn’t start doing it seriously till I was about 26.

Can you tell me about the first song you ever wrote?

I played in a rock band when I was younger, that’s where I wrote my first songs. I can’t remember them very well. They were heavy, I was into System Of A Down and Smashing Pumpkins.

Lots of things. The usual, books, music and film always inspire and influence me. I try to absorb as much of that as I can. I’m writing about a dark figure a lot on this record. It’s a character that has been developing for a while now, born from real experiences. I used to wake from bad dreams and see a figure standing over me; it was in the aftermath of being attacked with a knife when I was younger. With a bit of hindsight, I think I was dealing with the stress that event had caused and this was one of the things that manifested itself. I first wrote about it on the song “Out Of The Darkness” on the Other Rivers record, and it has just grown into something else on this new album. I like using it as a tool to talk about that experience.

What is the biggest change on Temple? How do you see it as different from your last record?

I think it’s taken a few steps back from Other Rivers. That record went in a very specific direction, and this time I didn’t want to over think that. The production process was very fluid. We were building the tracks as we went, so we kind of naturally found the sound of the record. So I think the biggest change is the next step in the way the music is sounding. I hope the song writing has developed as well.

You traveled all the way from Aldershot to Nashville to record the album. What inspired the band to record there?

Foreign Fields were recommend to me by my manager. I had met them briefly in the past and was a fan of their music. We spent two weeks with them in Nashville originally and just got on really well. Those two are just very talented, good people, who really care about what they are doing. So we ended up back there for five weeks to do the record. The fact that it was in Nashville was just a bonus. We were going to wherever FF were based.

Which tracks on the new album are you the most excited about?

Probably “On A Midnight Street,” “Elijah” and “Glacier.” I think there are different kinds of songs on this record and these three represent that. “Glacier” is a little different to what I would normally do vocally, so I’m excited about that.

Oh man, there are a lot. I sort of grew up on artists like Nick Drake, Bob Dylan, Leonard Cohen and Tom Waits. I’m a big fan of more contemporary writers like Damien Jurado, Sufjan Stevens and Joanna Newsom and bands like the National and Wild Beasts. Neil Young is probably my favourite songwriter.

If I had to pick something is would be “Philadelphia” by Neil Young or “Road” by Nick Drake. For me, listening to music is about living in a different space for a brief moment in time. These songs almost sound like they are being sung by aliens to me, they are so otherworldly and beautiful. You could learn how to play them, but you’d never be able to recreate them. The sound of their voices and the way they play is all filtered through their experiences, which makes them so unique.

Temple’s artwork also played an important role in the release. Can you talk about the significance of Ben Risk’s “Site of Special Interest” and how it coexists with the album?

Working with Ben came about because he sent us some ideas for the album cover. We went onto his website to just have a look at some of his work, and everyone fell in love with his painting “Site of Special Interest.” At the time I was thinking about calling the album Temple and that just fitted it perfectly. I had recently bought a photography book on abandoned buildings. Along with Ben’s painting, that gave me the idea of photographing abandoned locations with a lonely figure moving through the landscape. I wanted it to represent themes on the album, and for each image to feel like a Temple in it’s own right. So we did this photo series with photographer Dave Watts. Ben then went on to do a series of GIFs, representing each song based around that painting. So it had this great effect of generating more ideas and creativity. 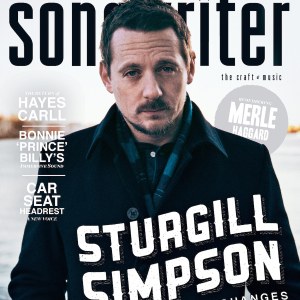 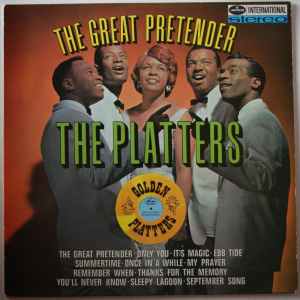