A hip-hop DJ turned soul singer, Mayer Hawthorne is a master at blending genres to create danceable grooves and catchy melodies. On April 8, the Grammy-nominated singer-songwriter released his fourth studio album, Man About Town, which finds Hawthorne (whose real name is Andrew Cohen) handling both the record’s songwriting and production. We chat with Hawthorne about approaching music like a DJ, how Detroit ghettotech influenced his new album, and why the simplest songs are often also the best.

I never sit down and try to write a song. The songs generally come to me at the most inconvenient times, and you can’t plan it. I’ll be in the shower, or I’ll be at the grocery store and have half a cart of groceries and have to check it to the side and run out to the parking lot to sing it into my phone. I look like a total insane person and everybody looks at me like I’m nuts, but I don’t want to lose the song. You can’t plan when the inspiration comes. You gotta just try and harness the 1.21 gigawatts when it comes in.

Do you tend to have lyrics or melodies come to you first?

It comes to me all at once like I’m hearing it on the radio in my head. And then from there, the challenge for me is to reverse-engineer it out of my head. I just keep playing it back in my brain over and over again and try to figure out what is the bass doing there and what is the drum pattern here. That’s the hard part for me.

Aside from being a songwriter, you’re also a DJ. Can you talk at all to how those two influence each other?

DJ-ing is such a huge part of what I do. I DJ-ed for a decade before I ever recorded my first song, so everything I do I approach with that mindset. When I’m DJ-ing, my end goal is always just to make people move. I want to make people move and get people to respond and react. I think that has a huge part in my songwriting. I approach it with the same mentality of how can I get people to react and how can I get people to move. So the DJ-ing thing – having so much experience doing that and figuring out what works and what doesn’t with people – that really helps me a lot when I go to write songs. Also, when I go to put my albums together, I sequence my albums like a DJ set. I’m always conscious of the flow of everything. The transitions between songs are so important for me. Even the keys of songs, when they transition into each other, it’s important. It creates a vibe.

In talking about that, what are some of the standards you adhere to when picking songs for an album? I can imagine you write more songs than end up getting chosen for an album.

The hardest part is always what’s going to get cut, because they’re all like my children and it’s like, “How do you pick?” A lot of times I end up cutting songs from an album that are great songs that I really love, but they just don’t necessarily make the best album. I’m an album artist. I like to listen to albums front to back. I just love it as a format; I don’t like singles as much and skipping around. I like to really get in the zone, and I just love the album listening experience. So I’m always focused on not necessarily what are the ten or twelve songs that are going to sell the most or be the most popular, I’m about what’s going to make the best album and what’s going to create the most cohesive vibe.

On this upcoming album, do you have a song you’re most proud of?

I don’t know if I have one I’m most proud of, but my favorite song on any album I do is always the last song that I recorded. I’m such a spontaneous dude and I have such a short attention span when it comes to making music that I’m already on to the next thing so fast. The last the song that I recorded for [Man About Town] is a song called “Fancy Clothes.” So that’s my current fave. But I think also, I’m just really stuck in my ‘70s roots-reggae phase right now. It’s all I listen to everyday. And that particular song, “Fancy Clothes,” definitely has that vibe.

You grew up in a very musical household. Was songwriting or a career in music something that was always on your mind growing up?

I was so fortunate to be born into a really musical family. My dad is 66 years old, and he stills plays bass guitar and sings better than me in a band in Detroit to this day. He taught me to play bass when I was five or six years old, and I used to jam with his band all the time and just sit in with whoever was too stoned or whoever didn’t make it to rehearsal that day. And my mom is also very musical; she does a lot of musical theater. She made me take piano lessons when I was a little kid. I really hated it, and I wish I would’ve stuck with it. It was just so rigid.

I knew that I wanted a career in music, but I wanted to be a DJ. That was my dream. I really wanted to be a DJ, and I still DJ all the time. I mean, I DJ every day. It’s such a huge part of everything that I do. I never had any plans to become a soul singer. That was just so far from my goal. It was something that really was almost an accident.

You’ve collaborated with a number of artists already, but if you could collaborate with one person, who would it be?

If you could give one piece of advice to a young songwriter, what would it be?

Do something original. That’s the only advice that I ever give to anybody. And do your homework. Don’t be that guy that hear’s Biggie’s “Mo Money Mo Problems” and doesn’t know that it’s Diana Ross. [The song samples instrumentals from Ross’s “I’m Coming Up.”]

For this record particularly, you went back to taking a more involved role in the production. How has the writing and recording process been different because of that?

On the new record, it was very much like a return to the way that I did the first two albums. I produced it myself and played the majority of the instruments myself. In a lot of ways, it was kind of like a return to the first two records, but in just as many ways it’s a progression in that it’s something totally different also. I don’t ever want to go backwards. I think if you like the first two albums, you’ll like the new one. But I’m still always focused on moving the music forward and doing something new and different.

What are some ways in which is you think this new record is accomplishing something different from the last few?

The new album sonically has an interesting theme with these vintage electronic drum machines that I really fell in love with when I was doing this side project called Jaded Incorporated. That [project] was sort of like a new wave/ghetto house thing that we called “beat wave.” We used all these vintage electronic drum machines like the Roland CR-78 and the Maestro Rhythm King and the Roland TR-808. I really fell in love with the sound of these drum machines, mostly because they don’t sound like real drums at all. They don’t sound anything like real drums, but they just have this amazing character to them that is both really futuristic and very retro sounding at the same time. I used those drum machines on every single song on the new album, and they play a really big part in the sonic theme of the record.

How did you come across those or get the idea that you wanted to use them in the first place?

It really all came from that side project, from Jaded Incorporated. They were drum machines that were used a lot in early Detroit techno, what we call “ghetto house,” which was music that I grew up listening to all the time. That Detroit ghettotech and ghetto house was such a huge part of my childhood. That was the music that we used to listen to every Friday night when we would go to Detroit to club. We listened to that on the way to the club, they’d play it in the club, and then we’d listened to it on the way home from the club. It was such a huge thing for me and something that was so unique to the area. It really didn’t get outside of Detroit and Chicago. It was our shit.

I feel like this is something I am always talking about myself. You know what is one that I always think is just an absolutely amazing song that is something a lot of people think is so corny is Heatwave’s “Always and Forever.” That is a really amazing song. Rod Temperton wrote that. He was just so good at creating something that was catchy and beautiful at the same time. “Always and Forever” is always one that I think of. It’s just an amazing song. And it’s so simple; that’s what makes it so great. The best songs are always the one’s that just seem so effortless, and I think he was particularly good at that. Such a simple, brilliant song. I mean, you hear that everyday on the radio, and everybody still plays that song at every wedding. It’ll never die, because it’s so brilliantly simple. 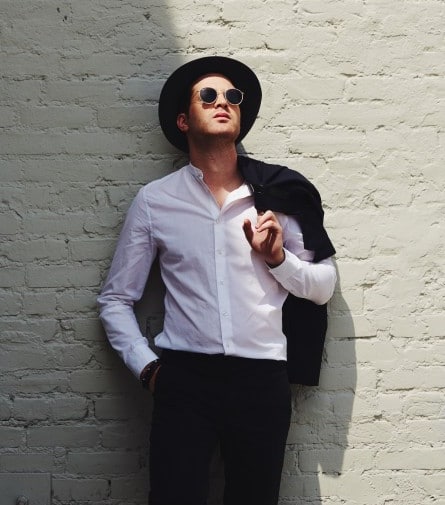 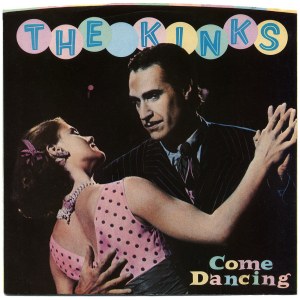 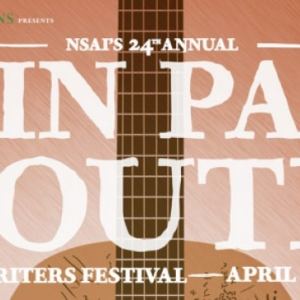