Wild Nothing makes the kind of dreamy indie pop that coaxes listeners onto their feet, begging to be the soundtrack to late-night dancing. On Feb. 19, Wild Nothing released its third LP, Life of Pause, which maintains the same danceable, hooky melodies that the band is known for. We chat with Jack Tatum – the group’s songwriter and sole official member – about his love for 80s music, working in limited environments and stepping outside his comfort zone for the new album.

It varies a little bit, but for the most part I’ve got a certain way of doing things. Occasionally I’ll sit down and write an entire structure out on acoustic guitar and come up with a vocal melody at the same time, but more often than not songwriting is sitting in front of a computer for me. I find that I can be a lot more creative if I’m simultaneously recording and writing. Usually that means picking up a guitar, bass or keyboard and laying a loop down to start building off of. I work in Logic and do a lot of drum programming for my demos so that way I can work through a song part by part, usually trying to build a verse part then adding on from there.

You began your career while still a college student. How did being in that environment impact your work early on?

I’ve gotten really good at making things work in extremely limited environments. I’ve never really had a space where I can have all the gear I own set up and ready to go, all my apartments throughout college and even still have been fairly small. Half of my songwriting process is about leaving big holes that I know will be filled later when I enter a studio. I’ve had to learn how to leave these holes while knowing exactly what will fill them and how to fill them. There was always this sense that things weren’t that serious while I was working on music in college. I never viewed music as a realistic opportunity, which might have served to my advantage in some ways. I think the reason my first record connected to so many people was because of the fact that it was born out of minimal ambition. Which isn’t to say that I didn’t work hard on the music, but there was hardly any intention outside of writing for myself at the time.

What is the biggest change on Life of Pause? How do you see it as different from your last two records?

There’s a lot happening musically on Life Of Pause that sets it apart I think. I’m not really a person of drastic measures, but it was really important to me that I try to stretch my songwriting with this record. As a songwriter, it’s extremely easy to get into routines and settle for what comes most naturally. I started to feel like I had a way of doing things with the first two records, and I wanted to see how it would feel to step outside of that. There’s some compositional stuff that is much more intentional with this record. Time signature changes, new instrumentation, that kind of thing. I’d sometimes ask myself what all my options were while working on chord progressions. I tried to be more open in that way, from a technical level but also from a taste level. There are references to soul music, minimalist and film composers, all kinds of stuff.

Which tracks on Life of Pause are you the most excited about?

“Whenever I” and “A Woman’s Wisdom” are probably my favorite songs, or “Love Underneath My Thumb.” I think, like a lot of songwriters, I’m drawn to the songs that feel like new territory for me. But really, I think part of this record was about tapping into as many aspects of my own taste that I could get away with. I always have to consider the consistency of my records, which keeps things from going completely haywire, but part of the fun is getting to try my hand at different kinds of ideas.

I never fail to find inspiration from David Bowie and David Byrne. I think Todd Rundgren is an extremely adventurous songwriter. I’ve been listening to a lot of Leon Ware’s records and the work he did with Marvin Gaye on “I Want You.” My favorites are always changing to be honest.

Robert Forster of The Go-Betweens and Paddy McAloon of Prefab Sprout are both super underrated I think. I don’t exactly know why so much music from the 80’s gets cast as being “of an era.”  Maybe it was the production, I don’t know, but both of these guys have written very timeless, clever music that doesn’t get the credit it deserves.

Which of your songs have fans reacted to the most, and how so?

It’s pretty common for the single to get attention, but there was a really interesting phenomenon with the first record because no official single was ever released from it. Songs like “Chinatown” and “Live In Dreams” became fan favorites for no other reason than just existing. I always found that really fascinating, almost like people chose their own singles. Someone made a fan video for “Live In Dreams” that ended up being one of highest viewed Wild Nothing videos on YouTube at the time.

What’s the most difficult thing about songwriting?

Staying fresh I think. Trying to continually have something worth saying, it can be tough. But lyrics aside even, I think there’s always a challenge of balance, at least in my experience. When you have a project that is known for doing a certain kind of thing, how do you allow growth in a natural way?

If you had to make an album in an unfamiliar genre, which style of music would you try to tackle?

I mean, so many, I don’t know. I’ve often thought about trying to get into writing mainstream pop as a ghostwriter or something. I’ve made many songs too that are outright 80’s synth-pop–like early Madonna records. I haven’t found a place for any of that. I’ve even tried my hand at making hip-hop beats.

You guys clearly realize how impossible this is…. but I’ll try. Also the best song ever written is probably different from my favorite song ever written… anyway! I don’t know, probably “God Only Knows” by The Beach Boys. As far as traditional pop love songs go I don’t think you can really top this song. Ask me again tomorrow and I’ll tell you something different though. 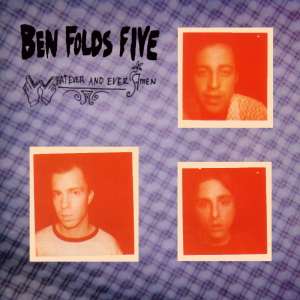 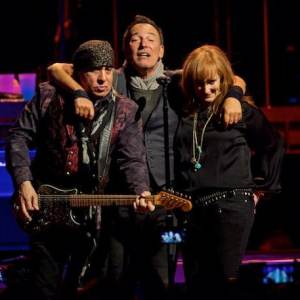