This harsh, yet timeless sentiment communicated in director Alexandro Jodorowsky’s 1973 surreal-fantasy film shows that no matter how appealing dreaminess can be, reality is just around the corner. Fill it in the setting of an uber-serious music industry and you get a legion of artists dying to go back to the basics when the love of music was their driving factor—which is exactly the environment Austin-bred multi-instrumentalist Max Frost aimed to create with his first independent EP, post major label, Flying Machines.

“Things almost kind of got too serious there for a while,” Frost shares with American Songwriter of his career. “I was on a major label for a long time, and the stakes were very high. I had a great time there, but it was also like this constant pressure I think any artist goes through when they get involved with a company that big where it’s like, ‘You need to write a hit song that takes the world over.’ It just felt like it briefly endangered the youthful spirit of why I ever started making music in the first place.”

After landing advertising campaigns for PepsiCo’s bubbly Sparkling Water, as well as commercials for the ESPN morning show Get Up!, working with major players like Benny Blanco and Nick Ruth on his projects, Frost has experimented with pro-production and more serious, adult themes. This is why the literal stripping down on resources, after going independent for Flying Machines, led to a similar thematic direction for Frost—reminiscing on the past and the innocence of childhood memories. “I think everyone kind of eventually hits a point where, no matter what their childhood was, there’s at least little moments that you savor, and then you’re like, ‘My outlook on life was pretty pure,” Frost shares. “I guess I was trying to embody as much of that as I could, both from the creative and spiritual place.”

Along with the playful, poignant psychedelic pop fusion Frost created with the songs like his latest single “Ringo Starr,” (They got everything you want / So, what you got to lose? / They might chew you up and spit you out / So, make your move), the visuals proved to elevate the message even further by using colorful backdrops, whimsical concepts, and plenty of childlike creativity. Using these fantasies through both mediums to craft a cohesive concept, Frost has managed to create an atmosphere to evoke feelings rather than provide an overarching message for his listeners.

“For me, the record kind of gets to a deeper feeling that I have philosophically about music right now, which is that I’m not trying to impose any kind of a real perspective. I’m just trying to make something that feels good. And that makes other people feel good,” Frost explains. “I’m wanting to have these songs come across in this record, and the EP come across to people as something that kind of has a little bit more of a blank space on the canvas for people to kind of impose their own meaning onto it.”

Photo by JT Boehme / The Oriel 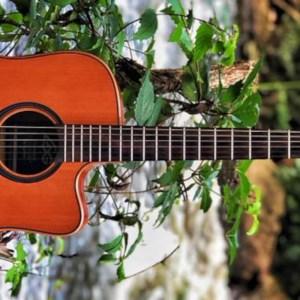 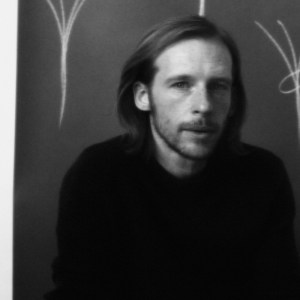