Green Day’s blockbuster concept album, American Idiot, follows the story of “The Jesus of Surburbia” —a lower-middle-class American anti-hero. Steeped in political commentary and marked social currency, the album produced a number of era-defining hits that continue to be relevant today.

Its title track is perhaps the best example of what the album has to offer. The anthemic single has firmly embedded itself into every important list of protest songs since its release. Sixteen years later, the song still hits as hard as it ever has, but why was the anthem originally written? Let’s dive into the meaning behind “American Idiot” below.

One of two explicitly political songs on the record—the other being their 2005 single “Holiday“—”American Idiot” deals with themes of fear and xenophobia. The band accuses the mass media of using propaganda to stir up paranoia in a post-9/11 world.

Don’t wanna be an American idiot!
Don’t want a nation under the new media
And can you hear the sound of hysteria?
The subliminal mind fuck America!

The track was written under the presidency of George W. Bush, who led America into the Iraq War after the September 11 terrorist attacks.

Frontman Billie Joe Armstrong had long expressed his distaste for cable TV’s coverage of the war and has been quoted as saying, “They had all these Geraldo-like journalists in the tanks with the soldiers, getting the play-by-play.”

Despite the song taking place during Bush’s administration, Armstrong says the track isn’t totally about the 43rd President, telling The Spin of the song’s meaning: “I would never think of American Idiot as being about the Bush administration specifically. It’s about the confusion of where we’re at right now.”

“The world’s in a confused state,” bassist Mike Dirnt agreed. “I’m pissed off, and I’m angry, and I feel like I’m not fully represented.”

The accompanying music video for the track sees the band in a sound studio ready to broadcast their rallying cry to the public.

In the middle of an empty stage with only a green American flag (a nod to their name), the band rips through the song in slow-mo as they are sprayed with green liquid from the amplifiers. Towards the end of the song, the flag begins to melt down to the floor as the band drops their instruments and leaves the frame.

The visual was directed by Samuel Bayer and won the Viewer’s Choice Award and was also nominated for Best Art Direction.

Armstrong and his bandmates brought the song back out after the 2016 presidential election in response to former President Donald Trump’s win.

Armstrong appeared on Studio X to give his opinion on the results saying, “I went to bed and everyone kinda thought the correct side was going to win. Then at 6 am I wake up choking—like this is kinda gross, like when you inhale spit […] I’m thinking ‘oh my god why am I coughing?'”

He continued, “And of course, the first thing I do is think ‘I’ll check and see what happened.’ So I go to my phone and I look and I have 50 messages. And I was like ‘ this is not good’. ‘Cause usually I get four every day. All my friends and family are freaked out.”

In 2020, Armstrong used “American Idiot” once again as the soundtrack for his voter registration push. At the start of September, he shared a lengthy post backing Joe Biden for President.

The frontman shared a clip of the music video along with the caption referencing another American Idiot single “Wake Me Up When September Ends“: “It’s September first 2020 and I am WIDE AWAKE IN AMERICA. This has been the most unprecedented year of our lives.
A pandemic. Racial uprising. As the song goes “wake me up when September ends. I plead to everyone to WAKE UP AND REGISTER TO VOTE.” 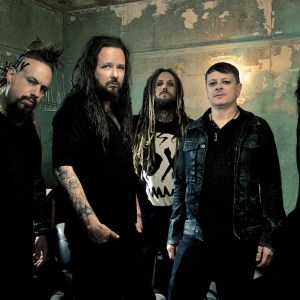 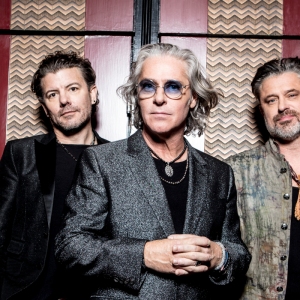