California: The most produced, polished state in the 50 United States with a large population of surfers and celebrities walking under the Hollywood Sign in the City of Angels. Or so it would seem.

The Los Angeles-hailing rock band The Red Hot Chili Peppers have seen the other side of California, the darker and blatantly superficial side of the state. And, not only did the band see the flip side of this community, but they wrote a song about it. In 1999, the Chili Peppers—whose current lineup consists of members Anthony Kiedis, Flea, Chad Smith, and John Frusciante—released the ever-popular “Californication.”

Read more about the meaning of “Californication” below, and a warning, it gets pretty dark.

The meaning of “Californication.”

“Californication” is a song about the underbelly of American society. There’s deceit, plasticity, and desperation under the gilded face of the American Dream. The Red Hot Chili Peppers saw that California represented these extremes—both the elaborate gilded nature of it all and the darkness underneath. In essence, it’s a song about the rot that lies just underneath the surface.

Putting pen to paper, The RHCP presents this message through a string of clever allusions and metaphors about the Dream of Californication.

The song was written by band members Kiedis, Smith, Flea, and Frusciante and deserves a quick breakdown of verse to get the full picture of the song. The lyricism in this song, after all, is poetic in the sense that it shows the listener what is going on, rather than just telling them what is happening around them.

Jumping right in, the opening verse touches on the wide geographical reach that California holds. Both China and Sweden are mentioned in the first two lyrics:

Psychic spies from China try to steal your mind’s elation
And little girls from Sweden dream of silver-screen quotation.

While the first verse was taken from a personal encounter Kiedis had with a woman on the street, it also makes a subtle jab at the increasing amount of consumerism in America. The second verse, the reference to Swedish women attempting to make it big in Hollywood, makes a comment on the disappointment that many people face once arriving in California. And if you want these kind of dreams, it’s Californication.

Then, arriving at the bridge of the song, the RHCP points out the incredible amounts of plastic surgery in California. People are never who they seem, even in appearance.

The third verse, then, comments on the glorification of sexual relationships without the realities of those very relationships. A teenage bride with a baby inside getting high on information, the band sings. In his autobiography, Kiedis explained this line in detail: “I had met a young mother at a meeting. She was living in a YWCA with her baby girl, trying to get sober but failing miserably. The beauty and sadness and tragedy and glory, all wrapped into one, of this mother/daughter relationship was evoked by the vibe of that music [‘Californication’].”

Following that, the fourth verse dives into some specific figures and phenomena in pop culture. Star Trek, Kurt Cobain, and Star Wars are all alluded to in this verse—see if you can find each one. Finally, the fifth and final verse points to the lasting presence of Californication. Earthquakes and tidal waves couldn’t save the world from Californication.

Not the sunny California you imagined, eh?

The success of “Californication.”

“Californication” was released over 20 years ago, but its lyrics still ring true. Its relaxed, sing-song sound is impressively infectious and the song quickly became one of the RHCP’s most popular tunes. The band continues to play it live and has played “Californication” at almost every show since its release. The album of the same name was also hugely successful for the L.A. rockers.

There must be something to this Dream of Californication. 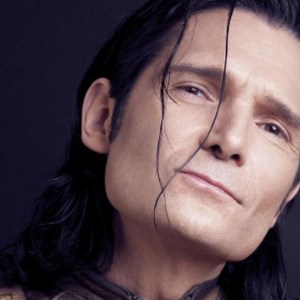