Blistering below the Mojave sun, the opening scene of the Red Hot Chili Peppers’ “Scar Tissue” video presents the band, a degenerate crew of Mad Max-ian rejects, bloodied, bruised, and battered and driving down the desert highway in a beat-up, dusty 1967 Pontiac Catalina open-top convertible. Though the song, one of several more melodic tracks from the Red Hot Chili Peppers 1999 album Californication, is as mellow as California cruising on a summer day, the deeper meaning behind “Scar Tissue” more closely mirrors the post-apocalyptic visuals of the video, directed by Stéphane Sednaoui, and is lyrically filled with darker metaphors of drug addiction and the struggles before one can come out on the other side, sober.

Californication was the RHCP’s seventh album, and their most commercially successful with more than 15 million copies sold worldwide, birthing hits like the title track and “Otherside,” along with “Scar Tissue,” which peaked at No. 9 on the Billboard Hot 100 and picked up the Grammy for Best Rock Song in 2000. (Singer Anthony Kiedis also used the title Scar Tissue for his 2004 memoir.) The album also marked the return of founding member, guitarist John Frusciante, who is seen first in the opening scene of the “Scar Tissue” music video. Frusciante left the band after their 1991 release, Blood Sugar Sex Magik and returned for Californication after completing drug rehab. In 2019, Frusciante returned to RHCP again after leaving the band in 2009.

Frusciante’s melodic guitar opening sets the pensiveness of “Scar Tissue,” the bigger picture of the lyrics reflecting on hardships that most people carry around and try to hide, yet are still visible, like scars.

Scar tissue that I wish you saw
Sarcastic mister know-it-all
Close your eyes and I’ll kiss you, ’cause
With the birds I’ll share

Though drug addiction is not literally mentioned in the song, in the band’s case, their “scar tissue” stemmed from substance abuse and the other degenerative activities that came along with heroin and other addictions, from shooting up in bathroom stalls and risky sexual behavior to the ultimate loss of innocence—Blood loss in a bathroom stall / A southern girl with a scarlet drawl / I wave goodbye to ma and pa.

“Scar Tissue” specifically addressed singer Anthony Kiedis’ own experience with heroin addiction, which is documented in his memoir Scar Tissue, as well as the individual band members’ own experiences with drug and alcohol abuse. The lyrics read as a metaphor for the relapses addicts often face before sobriety and the moments of loneliness that creep in during the process, with the refrain of With the birds I’ll share this lonely viewin’.

“‘Scar Tissue’ was another song where you open up the top of your head and it comes dusting down from outer space,” said Kiedis in his memoir about fleshing out the Californication track. “Rick Rubin [‘Californication’ producer] and I had been talking about sarcasm a lot. Rick had read a theory that it was an incredibly detrimental form of humor that depresses the spirit of its proponents. We had been such sarcastic dicks that we vowed to try to be funny without using sarcasm as a crutch. I guess I was also thinking of Dave Navarro, who was the king of sarcasm, faster and sharper than the average bear.”

Kiedis added, “All those ideas were in the air when John started playing this guitar riff, and I immediately knew what the song was about. It was a playful, happy-to-be-alive, phoenix-rising-from-the-ashes vibe. I ran outside with my hand-held tape recorder and, with that music playing in the background, started singing the entire chorus to the song. I’ll never forget looking up at the sky above that garage, out toward Griffith Park with the birds flying overhead, and getting a dose of Jonathan Livingston Seagull. I really did have the point of view of those birds, feeling like an eternal outsider.”

Soft spoken with a broken jaw
Step outside but not to brawl and
Autumn’s sweet, we call it fall
I’ll make it to the moon if I have to crawl and 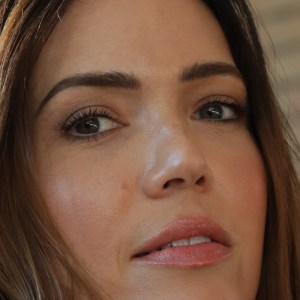 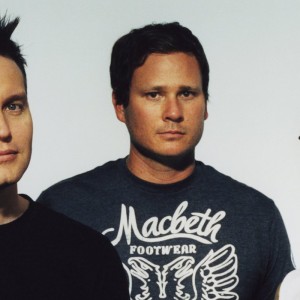