The story goes something like this: a downtown, working-class guy meets an upper-class, out-of-his-league girl, but he still pursues her anyway. This is the gist of Billy Joel’s 1983 hit “Uptown Girl,” released on his ninth album An Innocent Man, but the meaning behind the working-class and upper-class love story was never about one woman in particular—or was it?

Being surrounded by supermodels partly inspired the lyrics to “Uptown Girl.” Joel got the idea for the song after a night in St. Barts in 1983, surrounded by Whitney Houston, Christie Brinkley, and his then-girlfriend Elle Macpherson, and called it “Uptown Girls.”

Initially written about his relationship with Macpherson, the song later shifted around his soon-to-be wife Brinkley. “We all met at the same time,” said Brinkley, who was on location at the time in St. Barts for a shoot with Macpherson, along with a then up-and-coming artist Whitney Houston when everyone ended up hanging out with Joel.

“They didn’t get the whole story—they got part of it,” Joel told Howard Stern in 2010. “I wasn’t even dating Christie when I started writing the song. I was dating Elle [Macpherson].”

In 2015, Brinkley said the song originated around neither her nor Macpherson and preceded both supermodels. “This is what he told me back then,” shared Brinkley. “He actually started the song because there was a woman with a voice who was actually calling all of the rock stars—he later found out. And she … had them all in a tizzy with her voice and with the things that she could say on the phone … She seemed like a real class act too besides whatever else she was doing.”

Brinkley added, “Then when he met me, he said, ‘Oh, you know what, I was writing a song about you and I didn’t even know it.’”

Joel and Brinkley married in 1985 and had one daughter together, Alexa Ray Joel, born December 29, 1985.

“The fact that I can attract such a beautiful woman as Christie should give hope to every ugly guy in the world,” Joel has said, talking about the song.

Taking a cue from Frankie Valli and the Four Seasons, the doo-wop group inspired the sound of “Uptown Girls” with Joel writing his own modern-day “Rag Doll,” with lyrics following an opposite storyline from the group’s 1964 hit.

“Billy Joel wrote his hit single ‘Uptown Girl’ as a flip-side follow-up story to The Four Season’s hit ‘Rag Doll,’” shared Valli in a Facebook post. “The song was inspired when a dirty-faced girl wiped Bob Gaudio’s [Four Seasons member] windshield for a tip. When he reached in his wallet he discovered all he had was $20, which was a huge tip in 1964. Her astonishment and gratitude stuck with Gaudio who, with the help of Bob Crewe [the group’s then-producer], quickly penned the lyrics for their next big hit.”

Released at the height of the MTV explosion, the music video for “Uptown Girl,” directed by Jon Small, shows Joel and his backup singers working as car mechanics and dancing around Brinkley when arrives in her Rolls-Royce. There’s even a poster of the supermodel in the car garage and a nearby “Uptown Cosmetics” billboard. At the end, Brinkley rides off on a motorcycle with Joel. “We were there all night,” remembered Brinkley of the overnight shoot. “It was so much fun.”

In 2017, British group Westlife parodied the video, acting as waiters at a diner trying to impress supermodel Claudia Schiffer, who appears in the video.

Princess Diana once danced to “Uptown Girl” as a gift to her then-husband Prince Charles at a VIP event at London’s Royal Opera House in December 1985. To surprise Charles, Diana appeared on stage with dancer Wayne Sleep and did a short ballet dance to Joel’s hit. “She loved the freedom dancing gave her,” said Sleep. “A few days later, I got a letter. She wrote: ‘Now I understand the buzz you get from performing.’”

“Uptown Girl” was a worldwide hit and was the biggest-selling single of 1983, reaching No. 3 on the Billboard Hot 100 chart and hitting No. 1 in several countries, including the UK. 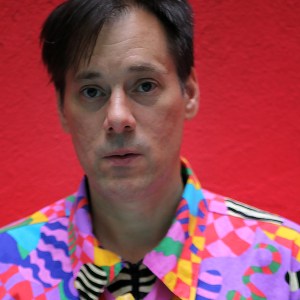 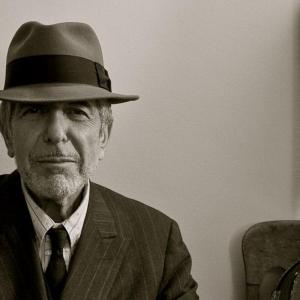