Many pop superstars rely on others to write their hits for them, but that’s not the case with Melanie Chisholm – a/k/a “Sporty Spice” of the Spice Girls, or “Melanie C” when she’s releasing her own albums, as she just did in October with Melanie C. On this new album, Chisholm co-wrote every track (as she’s done with almost all songs she’s recorded since her 1999 solo debut album, Northern Star). During a Zoom call from her London home, she says her goal when writing these songs was to create something that “felt empowering and positive.”

Melanie C – which stays firmly in the pop realm, but also includes dance, electronic, and disco elements – came about after Chisholm had a particularly successful year in which she reunited with the Spice Girls for a stadium tour, then circled the globe again as a solo artist playing Pride shows. “I have to say, 2019 was probably one of my favorite years,” Chisholm says. “I had all these incredible experiences being all over the world at these events. So it just made me feel very reflective, and I’m really lucky to have had the life I’ve had, and I really wanted to get that all down.

“I’ve always really enjoyed drawing upon my own experiences,” Chisholm continues. “I think being a performer, you know when it’s a real emotion. It’s much more fulfilling to be able to express that and share that with the listener. I think that the listeners really connect with that. These are things that lots of people are feeling or have experienced in their life.”

Chisholm also credits her co-writers with helping her stay inspired. For Melanie C, she worked with longtime collaborators such as Biff Stannard (who first worked with her on several Spice Girls hits), as well as with up-and-coming artists including Shura, Rae Morris, Little Boots and Nadia Rose.

“I love getting in the studio to work with people I’ve known for a long time, but this album, it’s been really fun to have some new collaborators and to breathe fresh life into my writing because I think stylistically, pop music is changing,” Chisholm says. “It’s ever-evolving and it’s really exciting to work with younger artists and writers who have had different influences to me. I think that really informs the whole writing process.”

Chisholm says songwriting sessions usually start the same way: “We love to sit down and have a cup of tea, being Brits, and maybe have a little chat about what’s going on, what songs we’re loving, and an idea will come.” From there, the process can evolve in any number of ways. “Sometimes it will start with beats. Sometimes we’ll start with chords, whether it be on the piano or guitar, and things tend to grow from there. I’ve had a couple of times when I’ve gone into the studio with something really solid, really quite formed in my mind – but generally, I like to see what the day holds, and that’s usually when I find the best songs come.”

Get ‘Melanie C’
Buy from Amazon

There is one unique situation that tends to crop up in co-writing sessions with Chisholm: her collaborators’ fandom of her work with the Spice Girls, as well as her solo career. “Some people get it out of the way pre-session,” she says. “They go, ‘I’m going to do my fangirling now,’ and then some people will be really professional and at the end of the session go, ‘Oh my gosh, that was really hard – I was dying to fangirl all day!’”

After being a superstar since the Spice Girls debuted in 1996, Chisholm can take this adulation in stride. “All of our fans who were very young when they were discovering the band, they’re all grown up now, and there are so many amazing artists and songwriters and people in so many industries that approach myself and the other girls [in the Spice Girls] all the time. So it has been lovely.”

Chisholm makes sure her status doesn’t get in the way of the actual work, however. “I pride myself on being a people person, and I think that even if people come into the environment feeling a little bit nervous, we’re soon having fun. I see life as an even playing field and we’re all just human at the end of the day, so it’s really nice to share that. Something new and beautiful always can come from that.”

Still, Chisholm’s history with the Spice Girls is inescapable – so it’s fortunate that it’s something that even she appreciates, as well. “Thanks so much to the success that I was able to achieve with the Spice Girls, it set me on this incredible road,” she says. “It was really cemented last year when we were back onstage that we’d had such a huge impact on a generation of young people.”

Beyond their catchy pop songs, Chisholm believes the Spice Girls’ popularity was also due to their messages of “girl power,” acceptance and equality. “We were the band for the people and for individuality and for the misfits. It’s something that struck a chord in so many people. So that was an incredible beginning to a career, and something all of us are so, so proud of.”

Chisholm has achieved significant success as a solo artist, as well. She has released eight albums under her own name, starting with 1999’s Northern Star. Including her hit singles from this part of her career (such as “Never Be the Same Again” and “I Turn to You”), as well as Spice Girls singles, she is certified as the female artist with the most number one songs in U.K. chart history. For more than twenty years, she has remained one of the best-selling female artists in the world, with numerous gold and platinum albums and singles.

Now, Chisholm says, her Spice Girls legacy and her solo artistry are inextricably intertwined. “Last year, I had this realization which is a huge part of making my new album, really, in that I don’t become Sporty Spice; I’m her,” Chisholm says. “It’s something that’s within me and has never gone away. When I’m with the girls [in Spice Girls] I’ll be a little bit more silly. That’s when the full Sporty Spice Girl comes out. As a solo artist, I think it’s really important for me to embrace that. But of course, when we we’re alone, we’re a little bit more introspective, aren’t we? So I just feel like it’s lovely to have both opportunities, and they’re both very much a part of me. It feels quite natural to swing from one to the other.”

Chisholm started down the path to superstardom when she was growing up just outside of Liverpool, England. She came from a musical family. “My mum was a singer, so I saw her up onstage and I was really proud of her,” Chisholm says. “When I was growing up, there was always loads of musicians in the house. I’d be going up to bed and I could hear bass lines through the floor. Now I think, ‘Wow, that was so cool!’ You don’t realize it when you’re a kid – you take it for granted.”

Starting early in her childhood, Chisholm threw herself into music, theater and dance lessons, and soon found that, like her mother, she was well-suited to performing. “I loved being onstage – that feeling that you get when you connect with an audience,” she says. “I think I was probably about eight years old when I thought, ‘That’s what I want to do, performing and being onstage.’ It just made me very determined and single-minded.”

Chisholm credits this connection to the arts with helping her go down the right path in life. “It’s very working-class and it’s quite industrial,” she says of the area where she grew up. “You can get into trouble. I feel grateful that I had my dancing and drama and music, and my support, as well. It kept me on the straight and narrow.”

When she was sixteen years old, Chisholm moved to London, where she’s lived ever since. Being brave enough to make that big move paid off when she successfully auditioned for the Spice Girls. It’s a lesson that hasn’t forgotten: even after attaining so much success, she’s still looking for ways to challenge herself, as she’s done with Melanie C. “I was really keen to be courageous and use my voice in different ways,” she says of this new release. “I never want to get stale. I want to keep pushing boundaries and trying something different. I think it’s so important to keep evolving.” 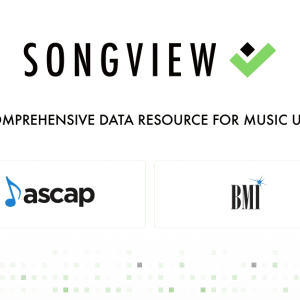 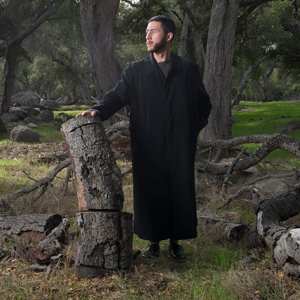