When you think “singer-songwriter,” you think of an artist like Melissa Ferrick. Someone who can pick up an acoustic guitar and wow you with both their lyrical dexterity and instrumental prowess. Ferrick, who found an early supporter in British mope-rock icon Morrissey, boasts a loyal and hardcore fanbase. She’s been been putting out impressive albums since 1993’s Massive Blur. Her latest, Still Right Here, features guest spots from Ani DiFranco and Kaki King.

I will admit that the first song I ever really wrote was called “Dead Skunk in the Middle of the Road” I was five, and from there it has gotten better. I really started writing songs that I intended on singing on a stage when I was about 14. Some of them were good right away, most even still now are either good right away or not. The good songs come from somewhere else, they are gifts and then I work on them. I have, I hope, gotten better at working on them.

What influenced your guitar-playing style?

My playing style has most likely been influenced by my musical schooling. I started on violin at five and then trumpet at eight so all of the years of classical training as well as jazz training inspired my sense of rhythm and articulation.

Mostly the artists my parents were listening to when I was a kid like Bruce Springsteen, CSN&Y, Joan Armatrading, Derek and the Dominos.

Lyrics usually come all at once, the good ones do anyway, then I have to work on them.

You’re sometimes compared to Ani DiFranco, who guests on the album. What’s your relationship with her?

I met Ani about five years ago at a gig in New Orleans. She has been generous with her talent and friendship. She is a force of nature and an amazing artist and I feel blessed to have her on my record. I don’t see the comparisons however, I think of Ani as the most important, prolific writer of my generation.

Any interesting real life stories behind the songs on the new album?

All of the songs come from real life experiences. “Still Right Here” was written after my best friend was in a terrible car accident in my car while I was on tour.

“Checking In”, mostly because of the lyric content. It was a song I needed to write for me to move on from a love I lost that I was unable to, until now, admit my level of being in love with this particular person out loud.

Really good question… maybe “love only gets bigger if we allow it to be tested.”

Haha, yes, I can’t stand the word moist, or tummy. Any sort of baby talk by adults drives me NUTS! I love the words stretch and blinding and luminescent.

I used to NOT re-write, I am learning the importance of editing and being open to change from the immediate to the thought out. Sometimes a song does come out almost all done, but I think it’s important to be able to step back from your own art and try to make it even stronger.

Hmm that’s hard to say because fans of mine have lots of different songs they like, I think “Anything Anywhere” is one that I get a lot of comments about. From the new CD so far “Still Right Here” and “You Let Me Be” are the two I am getting the most response out of as far as people feeling personally touched by them.

Keep writing keep believing in yourself, be willing to be inspired, be prepared, be on time, and always have time and patience for other artists. 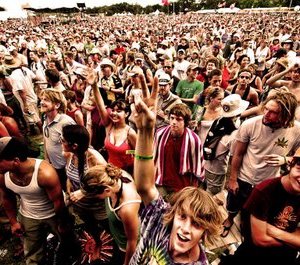 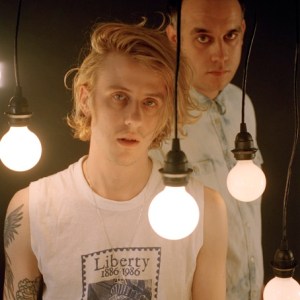