It was summer 1967, and Isaac Hayes was in Memphis watching Detroit burn.

The local news carried alarming reports of a massive riot in Motor City, which started when a police raid on an after-hours bar turned into a tense standoff with patrons and bystanders. Governor George W. Romney (father of Mitt) deployed the Michigan National Guard to quell the violence, which lasted five days altogether, left 43 people dead, nearly 1,200 injured, more than 7,000 arrested, and thousands of buildings burned or ransacked. Even at the time, it was seen as a major event in the American Civil Rights movement, as well as proof that racial friction was not limited to the South.

Hayes, an untrained but deeply talented musician who had found steady work as a songwriter at Stax Records in Memphis, watched as the news report explained that black business owners had been spraypainting the word soul on their buildings to let the demonstrators know not to break those windows. Hayes recounts the story in Robert Gordon’s essential history Respect Yourself: Stax Records and the Soul Explosion: “I realized the word soul keeps them from burning up their establishments. Wow, soul. Soul. Soul man.” The phrase stuck in Hayes’ head, and he mentioned it to his songwriting partner, David Porter. Together, they crafted one of the biggest r&b hits of the decade — of the century, even — based on that one word and all that it represented.

Written, rehearsed, recorded, pressed, and released barely two months after the Detroit riots, “Soul Man” is an impossibly taut and exciting r&b stomper credited to the duo Sam & Dave (a.k.a Double Dynamite) but featuring nearly everyone at the label. It opens with Steve Cropper’s swampy guitar overture, a tangle of bent notes prefiguring the distinctive southern rock sound of the early ’70s. But that’s just the prelude: When the band enters, the song snaps into its relentless groove, as Sam Moore and Dave Prater trade verses: “Comin’ to you, on a dusty road / Good lovin’, I got a truckload.”

The song packs a lot into its not-quite-three-minutes. One second Sam & Dave are declaring themselves unparalleled lovers (“When I start lovin’, I can’t stop”), and the next they’re making a subtle declaration of community (“Grab a rope, I’ll pull you in/ Give you hope”). Was it a love song? An issues song? Or was it somehow both, their romantic confidence conveying a very timely sense of black pride? And then there’s the fact that it was recorded by an integrated crew of musicians. Today that might not sound like a big deal, but in ’67 it was a rarity. And in the South it was downright dangerous. Yet, here was a group of white and black players finding common ground and mutual respect, enacting something like racial harmony (or racial groove?) on a small scale. They’re all soul men.

“Soul Man” scalded the radio, spending seven weeks at the top of the r&b charts and peaking at number two on the pop charts. It was the most successful single Stax had released, and nearly forty years later it remains a stone-cold rock classic, the rare song that sounds like the times yet is ultimately timeless. Looking back nearly fifty years later, David Porter says, “We were always looking for ways to connect. We wanted to make a person feel a certain kind of thing, but we also wanted to have some kind of universality attached to it. With ‘Soul Man,’ our purpose was to create a motivational thing for people during a trying time in this country. If you listen to what the song is really saying, anyone could be a soul man.”

And perhaps that is why “Soul Man” is more than just a big pop hit. It’s a powerful statement that defines the Stax ethos — a song about how songs ought to be sung. You perform them with grit and integrity. You play them like you know that a sharp guitar riff or a bold horn line or a chugging rhythm section or a guttural holler might solve any problem big or small, personal or public. You sing every word with soul. 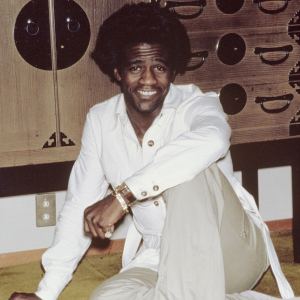 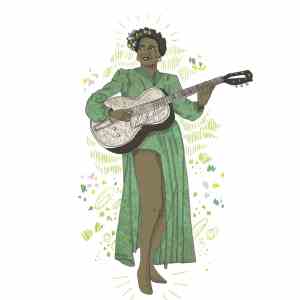