Michelle Creber has become a prolific voice that you — or your kids — have heard, even without knowing it. She is trying to change that in a big way.

As a session singer, Creber has recorded vocals on the soundtracks for many TV shows and movies. She has lead singing features that include the theme song for NBCs Nina’s World; several songs during nine seasons of the hit animated series My Little Pony Friendship Is Magic (Discovery Family); multiple songs on Nintendo’s popular franchise Yo-Kai Watch; singing for Alice on Martha Speaks (PBS); Hasbro albums Songs of Ponyville, It’s A Pony Kind of Christmas and Songs of Harmony; an onscreen feature performance for the Hallmark movie Smart Cookies.

Creber has a new album out on May 1 — pre-save it on Spotify or on iTunes — and in advance of that, she wanted to give readers of American Songwriter a look at where the songs came from, in her own words.

I wouldn’t say Storm is about one specific person, it is about a specific feeling. One that we’ve probably all experienced. Realizing that you need to cut ties with someone you care about is never easy, but sometimes it’s necessary for your mental health. When you finally walk away from a friendship or relationship that’s been causing emotional strife, it’s completely liberating…at first. Storm is about that initial feeling of freedom, but of course, many emotions follow. Lastly, it’s important to remember that storms are never permanent, and whatever damage they cause can usually be healed with time.

Electricity is about that early stage of a romantic relationship budding from a very close friendship. You care about the person so much and have such a deep connection with them but you would never want to do anything to jeopardize that. So the question asked throughout the song is “Do you feel that electricity?” meaning are you feeling the same way I am feeling? If not, of course I will try everything to get over it because you are such an important person to me.

Like It Never Happened captures that feeling of reminiscing about something or someone you know you can never get back. We all wish we could change certain things about our past and we all have to learn to move on. It is a bittersweet story, but the hope is that Like It Never Happened will help people reflect and recover from whatever regrets are weighing them down.

Lighthouse was inspired by people who are always thinking about others first. As noble and inspiring as that is, sometimes it’s also important that we take care of ourselves. The lighthouse became an analogy for that person who is too often looking out for others, but who should learn to “shine some light” on themselves. Water comes back a few times as an underlying theme in this album to represent different emotional forces. The stormy weather with pouring rain, oceans and crashing waves, building a sandcastle and having it wash away etc…

The inspiration behind the message of False Empire may be obvious to some, but more abstract to others. If I were to sum it up, I would say that our current society consists of some very selfish, very greedy people, and that the value of truth and empathy seems to have diminished. People are divided and angry. Some wish to see the world move forward, others fight to keep things the same. However, at the same time as the disagreements and tensions are so prevalent, there is also an overwhelming sense of unity building. People are joining together in outspoken support of justice, equality, peace and truth. I want this song to remind people that each and every one of their voices matter, and that good will prevail over evil. The truth always comes out… eventually.

I Built You A Sand Castle

I Built You A Sandcastle is one of my favourite songs off the album. I wrote it very quickly, over the course of about an hour, based off an idea I had previously jotted down. I was at a beach here in Vancouver, and was watching people near the water. I was thinking how interesting it was that people were spending so much time on these elaborate sandcastles, only for the tide to wash them away 20 minutes later. I then attached that idea to troubled friendships. Sometimes, you run out of ways to support friends who are struggling, and eventually it won’t be enough if they don’t make any effort themselves. They often then, sadly, naturally fade out of your life.

Welcome to Reality is one of the more fun songs off the album. It is basically saying that we’re all stuck in this complicated reality together, and sometimes you just gotta shrug your shoulders and accept that which you cannot change. Sometimes we get dealt very unfortunate hands but we have to hang in there ‘til the cards get better. The verses also talk about time, and the days passing, and looking for answers (even more relevant now than when I wrote it last year). The song is surprisingly philosophical if you listen closely to the lyrics, but ultimately meant to be joyful and comforting.

Let Me In is the darkest song on the album, for sure. As a songwriter, I often like to push underlying emotions to the extreme. So, although it’s based on something real and honest, it is expanded and explored deeper for the sake of creativity. I am the kind of person who tries to avoid burdening others with my emotions. Especially as a kid, I never wanted to be sad around other people because the last thing I wanted was for them to be sad too. Let Me In talks about someone wanting to provide emotional support, but the person who needs help, does not want to open up.

One of my first original releases was a song called “I Will Fight For You”. I was not a big fan and of course, being one of my earliest pens, I still cringe at the thought of its simplicity. However, a lot of people gravitated towards it, and it sort of took on a life of its own. I still get incredibly humbling messages about that specific song, saying “it saved my life” or “it got me out of a very dark place”. Sometimes, I feel guilty receiving all of these incredible messages while not actually being proud of the song myself. So, I decided to write a new one, Carry On, with a similar sentiment (except even more positive) with the hope of inspiring people who struggle with mental health.

So Nice was specifically written to be that sun after a rainy day-type song. It is probably one of the most joyful songs I’ve ever written, perfectly encompassing a great day when everything just feels right and you are content with life. That is a beautiful feeling and an important feeling to treasure. I want people to listen to this song and dance to it when they are feeling good, but also maybe when they’re not feeling so good, it will remind them how they once felt…pure happiness that will one day return. It is also a song that points out the most important things in life; your family, your partner, your friends, and even the “simple things like water and oxygen!”

For a long time, So Nice was intended to be the ending of the Storm album… the happily-ever-after following all the emotional storms, if you will. But there was something odd about that to me. Stories often end with happily-ever-afters but there must be something AFTER the ever-after, whether we see it or not, right? I had written Crossroads with no intention of putting it on this particular album, but one day it just sort of fell into place. The song explains that more conflicts and challenges will always arise and it’s not about one particular destination. It’s about the journey and learning from/growing from every path we choose to walk down. I thought that sentiment would be a great way to wrap up the album.

For More Information on Michelle Creber: 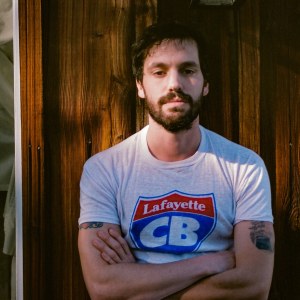 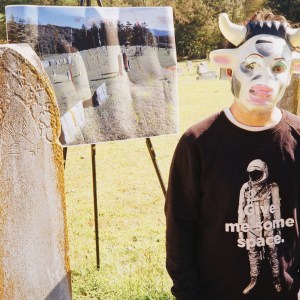