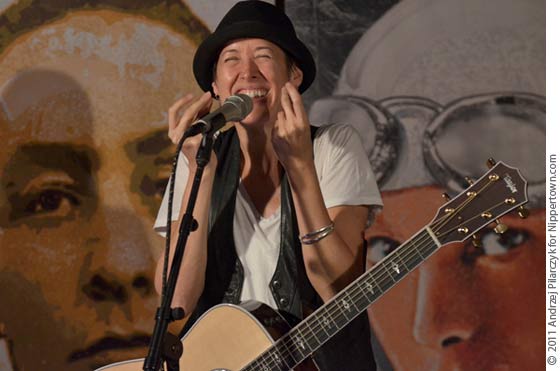 Michelle Shocked is a veteran singer-songwriter and activist. This year, she’s celebrating the 25th anniversary of her debut album, the legendary Texas Campfire Tapes, which was captured live without her knowledge, and introduced the world to a singular voice. We asked Shocked about her seminal album, her approach to songwriting, and her thoughts on Occupy Wall Street. “If you think all music is good for is making money,” says Shocked, “you’ve vastly underestimated the power of music.”

I wrote my first song at 16. It was an ignoble attempt, but it came pretty naturally and I continued writing after that for the simple notion that I didn’t know how to play anyone else’s songs.

Would you say that song was a good song, and that you were good from the get-go? Or did it take you a little while to develop?

I was pretty good by my third or fourth song. I think I still have in my repertoire of songs that I wrote, that were at least in the first handful, the first one though was a botched attempt called “Hey, Mr. Love.” It’d be like seeing your high school photo, you wouldn’t want it.

How old were you when you wrote the Texas Campfire Tapes songs?

How do you view those songs today?

Some are still in my repertoire. A few I thought I had maybe outgrown, but as I’ve been celebrating the 25th anniversary of the album this year, I refer to them in a more generous way, as whimsical or innocent as opposed to the alternative, which is naïve.

What’s a song on that record that you’re particularly proud of?

I write in cycles, so if you want to know a song cycle that I’m particularly proud of, it would be when I discovered the metaphor of cities because by and large, I really found song cycles about relationships not very interesting or compelling, to me. So, one of the earliest song cycles I composed seemed to be inspired by cities, and those have really stood the test of time.

Is there a particular lyric on that album that you’re proud of?

Well, no. But here’s an alternative reply. On the Texas Campfire Tapes, there were song titles that were not correctly attributed to the proper song titles. For example, I don’t have a song called “Who Cares?,” and I don’t have a song called “The Incomplete Image.” But, the songs that they actually were referring to, I am really proud of that there was actually a philosophy of songwriting or storytelling. I was deliberately, even at that formative age, experimenting with a concept, a communication, a media concept where you don’t tell the whole story. You feel confident that you have outlined the important details, and then, you trust the listener to fill in the important missing details. I just saw a Brad Pitt movie called Tree of Life, that reminded me of this approach because at the end of movie, you’re left thinking, “Is he saying what I think he’s saying? Because he didn’t say it…” The movie theoretically doesn’t have a plot, it doesn’t have dialogue, and it doesn’t have a narrative. Yet, at the end of the movie, you pretty much know what the conversation was that took place, even though it just took place in your head. There were songs on the Campfire Tapes that had that approach to storytelling, and the song, “Incomplete Image”, was a good image.

How did this album come to be, and how did these songs come to be mislabeled?

I’m going to give you the speed-dial version. I’ve got this little rap down so you can go back and edit later, but I think you’ll get the gist of it. I was sixteen when I ran away from home, but unlike a lot of runaways, I finished school. I’d read a book in my studies called On The Road by Jack Kerouac, and I had decided that that was the career path for me, itinerate vagabond. So, I tried to get the most useless degree I could think of in school, and I studied and got a degree in the “Oral Interpretation of Poetry.” The idea was to make me completely unemployable because I didn’t want a good-paying job to get in the way of my career path. So after graduation, I laid out for San Francisco because that’s what you do. There I fell in with some folks who were playing music on the street, and I fell in with some folks who were into radical anarchist politics. Then, I took the LSD. That’s when my plan started going awry because three days later, the cops noticed my strange behavior, picked me up, and put me in a mental hospital. My father got the phone call, he came and brought me back to Texas.

Six months after that, I started having flashbacks, and my behavior was strange enough that my friends got worried and called my mother. She came and picked me up and brought me to a mental hospital in Dallas and then brought in a psychiatric judge in because I was going to be evaluated about being put away for long-term care. But, my mother’s insurance ran out. So, I was discharged from the hospital, and I left for New York City because I knew there wouldn’t be too many of us there. When I got to New York, I met this psychiatrist who told me, “Michelle, you’re not crazy, you’re just poor.” Not long after that, we re-elected President of the United States, Ronald Reagan, and that’s when I knew that I wasn’t the crazy one. So, I left the country. I decided to add ex-patriot to my job description. I made my way to Amsterdam, where I got involved in all kinds of political organizations, squatting movements, and anti-cruise missiles. But, I got homesick. So, I made my way back to Texas, and I was sitting at a festival in Kerrville with some of my friends, singing songs and playing around a campfire, and unknown to me, an English man with a Sony walkman tape recorder was at the campfire and recorded the songs, took the cassette tape back to England, and released it as a bootleg called The Texas Campfire Tapes.

Is it true that you were initially unhappy with the recording?

Well, royalties aside, there were other creative issues with the recording. For example, one of the first questions when I came to England was if I was influenced by a singer named Melanie. “I’ve got a brand new pair of rollerskates…” Because my voice, when it was played back at the proper speed, went up a couple pitches because the batteries on his Sony Walkman were weak. I mentioned that the incorrect titles of the songs, it was just a way of falling backward. If you’re going to be an artist, it does seem to me that you should have some say in the matter.

Are there any words that you love, or hate?

When you write, do you write in an automatic style or do you find yourself revising a lot?

I am currently working on a song cycle called “indelible women.” It’s taken me about three or four months to write a single song, and the reason is that they are portraits of icons, women so famous that if I say their first name then you know who I’m referring to. So, I’ve got to do a lot of biographical research, and then I have to find the seam of their life that I’m focusing on. I’ve got a few other secret engines that I’m following that I have to let settle into place, so that by the time I actually write the song, most of the brainwork has been done. But it’s a three or four month process for each of the ten songs.

Why do you think it has been so touching?

Well, the song is not about Anchorage. It’s about friendship, and the reason it touches people is because it speaks to a theme that has not been well traveled, which I think is probably best expressed by Robert Frost’s poem, “Two roads diverged in a yellow wood, and I took the one less traveled, and that has made all the difference.” So, my friend, at a young age, had a baby, settled down, and then she’s writing to me, asking me what my adventurous life is like. It resonates with not just women, but people who have made choices that either have them anchored down, or kept on rockin’.

Do you have any advice to aspiring songwriters?

It’s curmudgeonly. The world doesn’t need your songs, the world has plenty of songs. If you want to change the world, pitch a tent in the middle of a city square and convince a few hundred other people that things have got to change. Then, write songs about your experiences. Just encourage each other, but don’t ever make them into an album.

Why do you say don’t make them into an album?

Because if you think all music is good for is making money, you’ve vastly underestimated the power of music.

Do you have any comment on the Occupy Wall Street movement?

Yeah, power to the people. I have not heard anyone articulate this. This is my attempt to distill the movement with as much foresight, based on my experience and that of others. It has the potential of being a monumental change, which some people refer to as revolution. I’m one of them. The reason is because we have seen version one and version two succeed wildly. The ripple of those successful, non-violent revolutions still continues to unfold. Mahatma Gandhi led the salt marches with the untouchables in India, and Martin Luther King, Jr. followed his example and led the marches on Selma in Washington, D.C. and eventually brought the notion of equality and justice to the shores of America. And this is nothing less of a global revolution where 90% of the world lives on 10% of its resources is potentially going to have a say finally on how those resources are validated. So, just to summarize, 10% of the world controls 90% of its wealth, and Occupy Wall Street is just one small drop in a very large worldwide bucket that is churning as we speak to make sure that the dispossessed and the underclass and people with no voice, who have been organizing and sacrificing and building this momentum for years, are finally seeing the light of day.

What’s an example of the perfect song to you?

Any song that just happens to be played on the radio when you fall in love is a perfect song because that song will speak more eloquently to the feelings that you’re having at that moment more than any other song in the world. 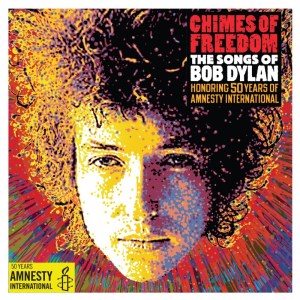 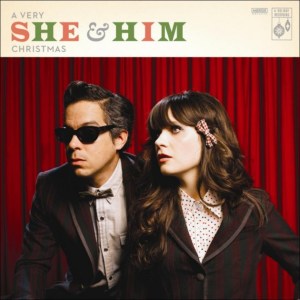