Following their breakthrough 2018 debut, Evergreen, folk-rockers Michigan Rattlers embark on a fuller sonic journey with sophomore LP, That Kind of Life. Released May 19 via the band’s own Massasauga Records label, the eight-track collection boasts the instrumental evolution of a roots group jumping at their opportunity to finally hit the road as an official rock outfit.

“From the beginning, a more electric rock sound was a goal,” Young says. “This album is our first with a full-four piece with our buddy Evan [Pinter] jumping in and out on guitar.”

Their songwriting and arranging shifted to match their full-bodied rock band approach on this new collection. One of the major shifts, according to Young, was space. “You need space in the songs to let the instruments do their thing,” he says. “If you look at the times of the songs on Evergreen are around three minutes. Here, they are more like four, a little longer and more spacious.”

Moving back into live performances, this shift matches their desired stage presence. In a previous 30 minute set, they could play nearly 16 songs. Given their new ensemble, Young feels they can “stretch that out a bit” for a more exciting live set with space to jam.

That Kind of Life was ready to go late February 2020. The band was playing back-to-back road shows in anticipation of this release, coalescing in what felt like “great momentum.”

“Obviously, that all came to a screeching halt,” he laughs. “But once we got over the disappointment of that, we definitely felt fortunate we had this album ready to go, not having to scramble to complete something in isolation.”

Though they’ve sat with these songs for some time now, the record still feels relevant to the band.

“I approach songwriting in a very instinctual way,” says Young. “A lot of my songs, I write them, and then over the next six months or year, the more I play them, the more they reveal themselves in ways I didn’t initially understand.”

In preparing to release this album, Young feels the title track, “That Kind of Life,” expanded its meaning. “It’s about having this idea of what your life will be, what will happen,” he says. “And how that doesn’t happen, it rarely works out. So then it’s like how do you adjust and move forward. This is something we’ve all had to figure out this year. No one got out unscathed.”

In tandem with the title track, the album opener “The Storm”—which brought the project into motion—and the last song they finished for the record, “More Than Just A Dream,” saw the band comes to terms with the steadfast nature of uncertainty. Dynamically layered production draws the listener into the enduring sentiment, a reminder to “just roll with whatever life gave you.”

The message is a strong introduction to their new dynamic as a group—a creative rebirth. Evergreen, in Young’s opinion, feels like a more local collection. Lyrically, they speak to the people and places that shaped a beloved band on their home turf. Their new songs exhibited in this collection, expand upon those themes with a more sophisticated palette.

“We’re not a different band,” says Young. “But we’ve definitely grown as performers and writers and I think this next tour and the coming months will confirm that.” 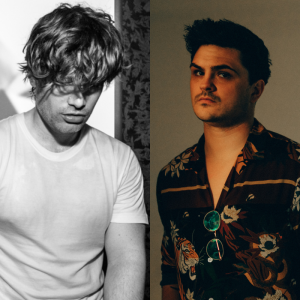 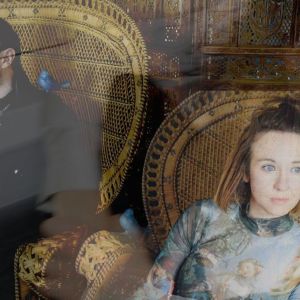