We’ve been breathin’ underwater / no we don’t know how, Chris Malinchak sings, supported by UK-based artist Stealth in their new collaborative single, “Closer Every Day,” released May 28.

The New York born-Jersey based producer/DJ has been playing piano for as long as he can remember. It was his 2013 single, “So Good To Me,” that first caught Stealth’s attention, like so many other global listeners. Since the platinum No.1 single, Malinchak has carved out a unique sonic space for himself within the “chill lane” of electronic music that took hold since the early 2010s.

While gaining the attention of tastemakers, such as Pete Tong and Adele, throughout his career, Malinchak has graced the stages of Coachella, Creamfields, and BBC Radio One in Ibiza and made regular appearances at highly coveted venues—Elsewhere in New York and Sound in L.A.

Though penned pre-pandemic, “Closer Every Day” emits a newfangled optimism, lighting the end of an oppressive tunnel of darkness experienced across the world. The opening line in the first verse leaves room for interpretation on the individual experience of the last year and some.

“It’s like, the world is doing its best, finding its way and defying the odds. So much isn’t understood, so little is known,” describes Malinchak. “But still it all keeps going, and even if you don’t know it, you have faith.”

In a writer’s room in London with close friends and collaborators, Stealth and Nick Sheldon, the artist recalls, “We were just hanging. I started messing around on the piano, a riff here, a chord there, some humming and singing.” He continues, “As we all got excited, words started getting tossed around, and suddenly—always the coolest thing—a song was born.”

Stealth describes his songwriting career as “somewhat of an accident.” He explains, “I started working with friends for fun and then really didn’t fancy getting a real job.”

The soul/Blues singer-songwriter was propelled into the spotlight in 2016 when the hit US TV series Suits premiered his single “Judgement Day” taken from his debut EP Intro. He has since released a steady stream of singles to date, including “Bury Me,” “Never Say Die,” and “Black Heart”—his collaboration with iconic funk and soul band The Dap Kings. Earlier this year, he dropped the long-awaited debut album Bury Me.

“I have always been a fan of Chris Malinchak,” says Stealth. “So when the opportunity came about to work with him on his UK trip, I jumped at it. The song didn’t take long at all to write. Chris had part of the track already constructed and Nick and I had discussed what we wanted to write about. We were all on the same page just at the right time in the right place.”

“Closer Every Day” follows six previous singles—”The Wah Wah Song,” “Cellophane,” “Pick You Up,” “When the World Stops Turning,” “Somebody,” and “Happiness”—all set to feature on Malinchak’s forthcoming album Night Work, out July 16.

Stealth’s vocal contribution adds levity to Malinchak’s characteristically restrained house-stylings. He points to a particular line of this idyllic delivery, the second chorus line, We get closer every day / tomorrow we could make it. The message there, he says, “Just keep going because you never know tomorrow could be the day we get there.” He adds, “I love the optimism. It won’t be long until we can all get together and this awful time will be over.”

“This sense of hope and promise come as much from the sounds and the notes and the rhythm as they do from the words,” Malinchak says. “It’s about getting closer to where you want to be, where you’re gonna go. And that where you are right now is right where you’re  supposed to be.”

The artist continues, “As with anything I ever share, I hope it captures your imagination. I just  want you to feel. Feeling gave this song life.” 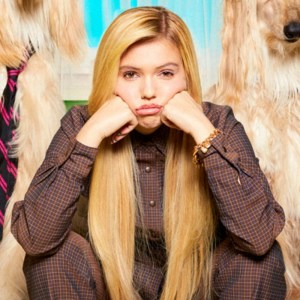 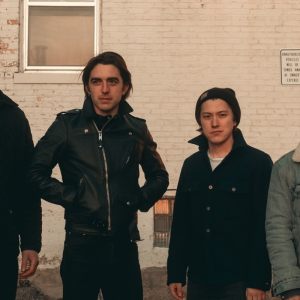