A white-haired man with a guitar walks into a conference room at Fort Campbell, Tennessee and greets a group of assembled veterans. He’s five minutes early, but they’re already clearly settled in, waiting for him. As he sits down and sets up, others come into the room. One vet, ballcap backwards, enters from the courtyard and apologizes half-jokingly for being two minutes late, says the doctor told him he should try to get some extra Vitamin D. A woman walks in after, child in tow (not hers, she’s quick to point out, kid’s her “battle buddy’s daughter”) and sits next to the chaplain. Now that everybody’s present and accounted for, Operation Song commences.

Bob Regan is a name you may have heard before. He’s the former president and legislative chair of the Nashville Songwriters Association International, a several-time Grammy and Dove award nominee, and an 11-time ASCAP Most Performed Song Award winner. He’s had hundreds of songs cut with major-label artists, and his list of accolades could go on, but let’s stop it here: ten years ago, Bob founded Operation Song. After touring overseas bases across three continents with the Nashville Songwriters Band, playing for the soldiers stationed there, Regan began to realize what music could do for them. On some bases, the band would put a sign outside their quarters announcing “The Songwriter Is In,” playing for and with anyone who stopped by. After returning to Nashville, Regan set out to start an organization that would pair veterans with seasoned songwriters to “empower veterans and active duty military to tell their stories through the process of songwriting.” Over the past three years, the organization has worked with over 150 military personnel and established weekly workshops and retreats across the country.

Operation Song has kept Regan busy this year. He’s recorded over 200 songs for the program in his home studio. He’s not working alone by any means, music therapist Tina Haynes and others have provided invaluable help to the organization, but the most difficult part of operating and expanding OS has been finding writers outside of entertainment hubs like L.A. or Nashville. Veterans all over the country would benefit from this program and if you, the reader, are interested in offering your songwriting services, you can visit operationsong.org to get involved.

“The main goal at the end of it is for the veteran to come away with a song that they feel like, ‘This is mine, this is my story,’” says Regan. “If it didn’t work, I wouldn’t keep doing it. But it works.”

Back in the workshop, the vets and Bob start to tune their guitars. Technical questions are asked and answered. Someone begins to play “Free Fallin’” by Tom Petty and soon everyone’s singing. Afterwards, in casual conversation, someone brings up war memorials and the group gets to talking about what kind of national monument should commemorate veterans of the Iraq War. One vet suggests putting up a wall for the dead U.S. soldiers in Iraq and Afghanistan, who were asked to fight a war they couldn’t win. Another points out that a proper monument should recognize injuries and casualties, not just those killed in action.

Bob is listening the entire time. He begins typing. While the vets are talking, he writes a few lines, figures out a melody, then, when the conversation lulls, he plays it for them, fully formed. Heads nod in approval. After Bob stops, a vet suggests a change, a different rhyme in the second line. Bob nods and makes the adjustment. Another veteran suggests they replace a few words to keep the tone more uniform. As the song begins to take a more morbid turn, people remember there’s a child at the table. “She ain’t paying attention,” says one of the vets, as the kid hides behind Specialist Jonita Larry’s chair. “She’s thinkin of candy canes and mushroom clouds.”

After serving in Afghanistan, Spc. Jonita Larry returned stateside and took part in Fort Campbell’s SOAR (Songs of Acoustic Recovery) program, which provides wounded warriors with an opportunity to learn guitar fundamentals in a comfortable jam session setting. On a weekend retreat with SOAR, she met Regan and became involved with Operation Song. Since then, she’s gone to several meetings and has become one of the program’s biggest advocates.

“I’ve seen soldiers give their entirety to the military and walk away worn in every way,” says Larry. “The physical pain can permanently complicate health and the quality of life. But the emotional pain is disabling in many unseen and complex ways. For some, the unseen wounds continue unaddressed until they have become so deeply rooted they manifest in any place they can – addiction, relationships and coincidentally, more health problems … I have found Operation Song to be an outlet that is constructive, beautiful and fulfilling. The best part is that something so personal and even painful at times has opened the door to openness, vulnerability, laughter and ultimately strength.” 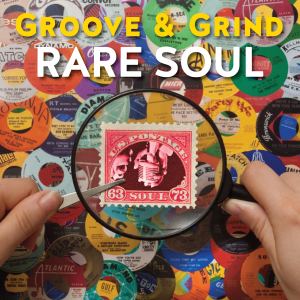 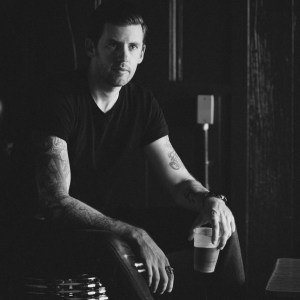