Amid what seems like a never ending stream of media reported public outrage, political conflict, and social disparity, musicians across a plethora of genres are finding different ways to tackle the problematic parts of daily living in the U.S. In the case of Boulder, CO band, Gasoline Lollipops (Clay Rose vocals, acoustic guitar; Donny Ambory, electric guitar; Brad Morse, bass; Kevin Matthews, drums), this alternative-country quartet has decided that a mix of unabashed bluntness and an openness to acknowledging everyone’s humanity, might be an effective combination.

Premiering today on American Songwriter is a new music video for the lead single and title track off Gasoline Lollipop’s forthcoming fifth album, All the Misery Money Can Buy. The new record arrives September 11, 2020.

Front vocalist and songwriter Clay Rose spent many of his younger years bouncing between Colorado and Tennessee, where his father and mother lived respectively. This vacillation in residence, which included a slew of other places Rose briefly flew in and out of as a result of his father’s intermittent wanderings, led to Rose ultimately struggling to attain a genuine connection with any of the states, their communities, or regional cultures, into which he fell. As such, it’s understandable that Gasoline Lollipops – affectionately referred to as “Gaspops” by the band’s fanbase – would take up an approach meant to inspire thought, reflection, and realization, rather than one meant to simply anger, condemn, and leave ostracized, when crafting a song intended to breach some of today’s most raw and difficult topics.

“This song and video is an observation of the wealth and subsequent suffering disparity in America. My hope is that it inspires a conversation amongst the working class across party lines,” says Rose.

We’re caught in a world that’s turned upside down.
We’re looking for something that just can’t be found.
I feel forsaken and I don’t know why.
We’re busy making all the misery money can buy.

The song itself turns to pretty stark statements that leave little to no room for emotional misinterpretation. “All the Misery Money Can Buy” is very unquestionably calling out the weaknesses of capitalist structure and highlighting the mental and emotional pain that comes with those structural issues. In addition to the song’s clear thematic foundation though, the Gaspops take things deeper – both aurally and visually – to point out that this depth of dysfunction also stems from racial inequality, which has a guiding role in the sustainment of the disjointed system. The way the video unfolds, with day to day life actively occurring around Rose as he wanders the area, revealing public art, visible blight, active protests, and more, strongly bolsters the message of  “All The Misery Money Can Buy” and heightens the impact of its objective to uncover, rather than shy away from, the long dismissed root causes of conflict in this country. 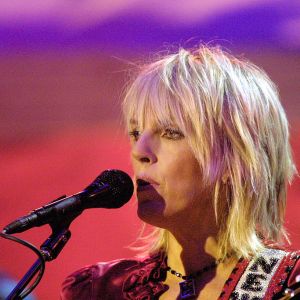 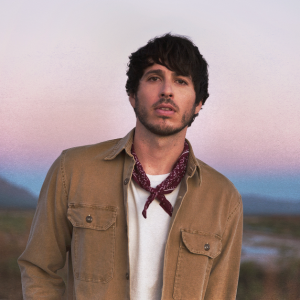