Legendary songwriter and sideman Donnie Fritts, known for his work with Kris Kristofferson and other country legends, died Tuesday night at the age of 76. A post published to Fritts’ Facebook page on Wednesday morning confirmed that he died after a “lengthy battle with health issues.”

A highly respected musician and songwriter, Fritts’ songs were covered by dozens of artists such as Dolly Parton, Waylon Jennings, Dusty Springfield, John Prine, The Rolling Stones, Ray Charles and more. Known by his friends and peers as “Funky Donnie Fritts” and the “Alabama Leaning Man,” Fritts was notable for his easy-going demeanor, his soulfulness and a deep passion for his craft.

Born in Florence, Alabama, in 1942, Fritts became involved in the early days of the Muscle Shoals scene, working at the legendary FAME Studio. In the 1970s he began his 40-year stint as Kristofferson’s keyboard player, playing shows all over the world from Carnegie Hall to the 1970 Isle of Wight festival.

“I probably spent more time in the company of Donnie than with any other person on the planet,” said Kristofferson in Single Lock Records’ documentary about Fritts, Undeniably Donnie. “We once did 18 months without a day off and the one constant was the smiling, soulful presence of the Alabama Leaning Man.”

Fritts also had a career as an actor, appearing in three of Sam Peckinpah’s films: Pat Garrett & Billy the Kid, Bring Me the Head of Alfredo Garcia, and Convoy.

“First time I met Donnie Fritts I was really young and green behind the ears, I felt like I knew Donnie from long ago somewhere, you know? Either that or he walked out of a Walt Disney movie or something,” said Prine in 2015. “Donnie’s a living, walking character actor.”

Fritts put out several solo albums, including 2015’s Oh My Goodness, which was produced by John Paul White of The Civil Wars and featured Jason Isbell, Ben Tanner and Brittany Howard of the Alabama Shakes, Allen Bransetter and Ben Griner of St. Paul & the Broken Bones, and Muscle Shoals natives The Secret Sisters.

“Donnie was an important part of the creation of the ‘Muscle Shoals Sound,’ and I think his most enduring legacy will be the way he poured into and encouraged a new generation of artists in our community,” said Reed Watson, label manager for Single Lock. “All of us at Single Lock have lost the soul of our label, but more importantly, we’ve lost a true friend. We will deeply miss Donnie.”

“Donnie practically forced me to produce his record,” added White. “I had never done one, and he said​,​ ‘I don’t care. You’re the one.’ He sang ‘Errol Flynn’ for me live in his home, and by the end of it, we were both in tears. I’ve loved him since. I will miss him terribly.”

Fritts’ most recent album, June (A Tribute to Arthur Alexander), came out in 2018. 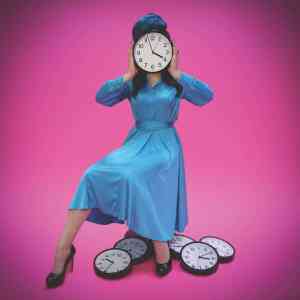 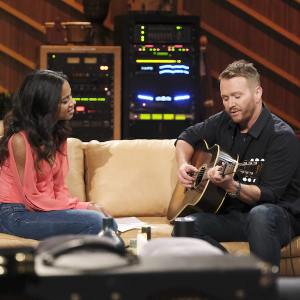