A review of his new book on the legacy of song and social justice, plus his top ten list of socio-political songs.

Brad Schreiber dedicated his new book, Music is Power, to his friend Paul Krassner, the tirelessly irreverent, prolific prankster and founder of the Yippies, who met the world, according to Schreiber, with “joyful condemnation.”

Schreiber himself does the same in Music Is Power, an intensively researched, yet rollicking tour of socially-charged music that challenges the reader to fight the power.

Like Krassner, Schreiber’s an iconoclast. The award-winning author of ten books, he writes for all media, and is a literary consultant, teacher and performer. His biography Becoming Jimi Hendrix (Da Capo Press, 2010) was selected for the Rock and Roll Hall of Fame library.

Now comes Music is Power: Popular Songs, Social Justice, and the Will to Change, published by Rutgers University Press. A compelling read on the intersection of popular music and social activism, from Pete Seeger to Zappa to Public Enemy and beyond.

His narrative is especially mirthful when recounting artists who fearlessly bit the hands that fed them, as in his account of the initial meeting between Janis Ian and record producer George “Shadow” Morton. Most famous for shepherding monster hits for the Shangri-La’s, Morton sat with his feet on his desk reading the New York Times, withholding eye-contact,as the 14-year old singer-songwriter auditioned:

“Ian took out a lighter, set fire to the bottom of his newspaper, and walked out. Morton scrambled out of his chair, extinguished the blaze in a trash can, and caught up with Ian before she could get on an elevator. When she returned warily to his office and began playing again, Morton immediately chose ‘Society’s Child’ as a single.”

In particular, the insatiable, omnivorous scorn of Frank Zappa launches Schreiber into binges of anarchic glee.  The author takes obvious delight in Zappa’s voracious assault upon posers in every guise:

”Zappa not only defied expectations of what rock music was and what was acceptable in lyrics but also challenged a group that few had the audacity to criticize: the counter-culture itself.” Schreiber deftly  presents new insight on the blistering wit that still causes an entire generation to cringe in self-recognition (“Oh, my hair’s getting good in the back”).

We recently met with the author in Los Angeles and posed a songwriter’s challenge, to compile his personal list of the ten best sociopolitical song lyrics (he eschews the term “protest songs’).

“I want your readers to know it was very hard to make this list”,” he said.

Schreiber explained that his choices for the list were based on the poetic mastery of the songs.

“These are not necessarily the most influential songs, and not the only ones that are worthy.”

Here he noted what he calls “The Tragic Phil’s”: Phil Ochs (#9, There But for Fortune) and P.F. Sloan (#10, Eve of Destruction), both of whom suffered for their art in various ways.

Although Schreiber’s chapters reach back more than a century, from honoring Woody and Pete to giving props to Eminem, his Top Ten list finds its rocking sweet-spot in the mid-1960s moving forward.

The big barn-busters across all genres, though covered extensively in his book, don’t make the list. Conspicuous by their absence: sing-along folkie chestnuts “We Shall Overcome,” “If I Had a Hammer”, “Where Have All the Flowers Gone”, and the anti-conformity anthem “Little Boxes”, which enjoyed an unlikely renaissance when used as the theme for the Showtime series, Weeds, from 2005-2012.

Also absent: Bob Dylan’s “Blowin’ in the Wind”, “The Times They Are a-Changin’”, “A Hard Rain’s a-Gonna Fall”, “With God On Our Side”,“Masters of War”, and “Only A Pawn in Their Game”.In fact, Schreiber expressed mild surprise when American Songwriter noted that Dylan is excluded entirely from his own list, although Dylan receives more citations than any other artist in the book.

Schreiber also gave a pass to Joni Mitchell’s “Woodstock”(“A naïve sense of love, innocence and wonder, which of course is impossible”), Stevie Wonder’s “Livin’ for the City”, and Neil Young’s “Ohio”(describing both of the latter as “too on-the-nose”).

(arranged in order of descending preference)

“It brings me incredible pleasure to remind me people that Pink Floyd is one of the most important groups in the history of recorded music to write about madness, alienation, and social control.”

2. “The Ministry of Oil,” The Prince Myshkins

“In my opinion, it’s the greatest lyric ever written about the geopolitical lies and deception that lead countries to go to war.”

“This song asks, if you give your life in service to an idea, have you led a wasted life, or have you led a more noble life? Richie Havens said it was the greatest political song of all time.”

“A song that changed history. In response, college students in the USA forced universities to divest from South Africa to the tune of 1 billion dollars.”

5. “I’m the Slime,” Frank Zappa and the Mothers of Invention

“Zappa takes on lack of individuality and critical thinking. And on top of that, it’s funny as hell.”

“Her lyrics are subtle, and she importantly uses the word ‘fury’. This is something that I believe in: you must have both anger and love to effect change.”

“In terms of craft of lyrics, I cannot think of a better song about systemic poverty, told from the point of view of a child about a father desperate to keep his family alive.”

“Very much like Phil Sloan, she was condemned by some Americans for her lyrics. And like Frank Zappa, she was committed to writing about the order and disorder in this country.”

9. “There But for Fortune,” Phil Ochs

“It’s an important song because it gives historical and global perspective to one’s problems.”

“This is an example of another song that actually changed history. It led Nixon, of all people, to give the vote to 18 year-olds. It’s an incredible rarity when someone writes a sociopolitical song and it actually has a tangible effect.”

For songwriters, Schreiber’s book is a celebration of musical genius and personal commitment to activism. And although he’s a word-nerd, he pointed out that sound alone can say as much or more than lyrics. He cites Jimi Hendrix’ iconic “The Star-Spangled Banner” and a lesser-known, equally ominous interpretation of “Dixie” by David Sancious as examples.

“I don’t like it when the artist spells everything out,” he said. “There’s a place for ambiguity and creativity.”

Setting aside nostalgia, the epilogue for Music is Power closes with Schreiber’s wry couplet: “The problems always seem to be there, but some problems shift and some disappear.”

“There really should be a list of a hundred equally worthy songs,” he concludes with a typically Talmudic sigh. 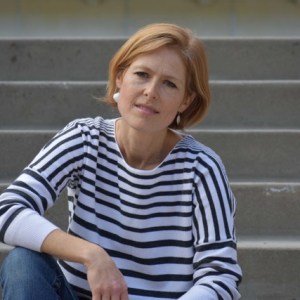 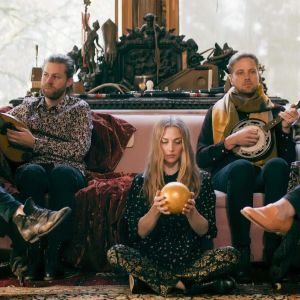