Critics have called the music of Mwenso & The Shakes “riveting”, “ebullient” and “mesmerizing”, and it’d be easy to dismiss these critiques as overzealous and hyperbolic if their music didn’t live up to the hype. Fortunately, this kind of praise is warranted… and much more importantly, earned.

The beauty of Mwenso & The Shakes’ music is that while it’s as challenging and angular as freeform and improv jazz, its organic connection to that inner core is undeniably primal. It moves you… and it’s gorgeous.

While music like this is best experienced in a live setting when all the musicians can interact and work with/against each other, its recorded form still carries the energy and colorful vitality of the live experience. Even in the midst of an ugly and isolating pandemic where that communal experience isn’t physically possible, Michael Mwenso and his band have found a way to transcend social distancing through the release of their new performance video for “Stop Playing Dem Games” which premieres today right here.

“We are excited but also grateful to debut this track with American Songwriter,” says Mwenso. “We feel lucky to be in a position where we have the ability to create, make music and share this song to the world. During these hectic times many individuals are suffering great hardships and we send our love to those who are less fortunate.”

Filmed in isolation with each band member showcasing their individual musicality in their own personal little “box”, it’s a mesmerizing and hypnotizing performance to watch. The amount of skill and their tightness as a band is on display when onstage during a live performance, but performed in isolation, their ability to keep it together when improvisation is a key ingredient is astounding. Breakneck jumps in tempo, syncopation and rhythm are seamless… having to record it separately and then merge it together must have been a herculean task. But, they pull it off… and it’s stunning.

“Prepare yourself for things you like / The things you like may not be so precise,” harmonize Mwenso and fellow vocalist Vuyo Sotashe, in direct response to the current state of cultural and social upheaval.

The original version (written prior to the advent of COVID-19) took on a slightly different form. “A few months ago, National Sawdust [a music venue in Brooklyn] asked me to write some new music for a commission,” he explains. “The music was centered around the world and the way we treat it.  As the coronavirus started to hit, this song ‘Stop Playing Dem Games’ took on a new meaning. I decided to change some of the lyrics and sections so the song would be a response to where we are right now in the world.”

As society gets deeper into the pandemic and isolation fatigue begins to set in, Mwenso & the Shakes plead with listeners to not “hold back / If you truly say you mean it, make a way / The earth has made its final call. / And now it stands to look at us to change the way and make a plan.” Mwenso & the Shakes, however, have aspirations and optimism for the world… but only if we heed that call.

“I hope that people hear the message,” says Mwenso. “The lyrics speak for us to ‘carry on’ and not to waste our time. We have been put in this situation for a reason and feel as if love will be the substance that we need to survive.” 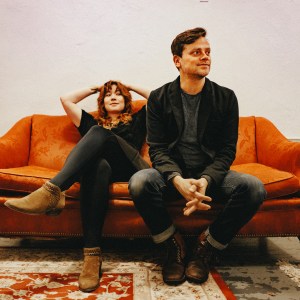 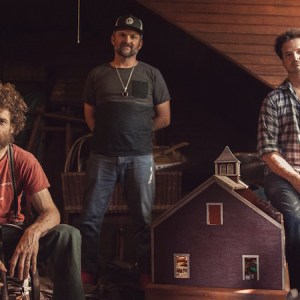